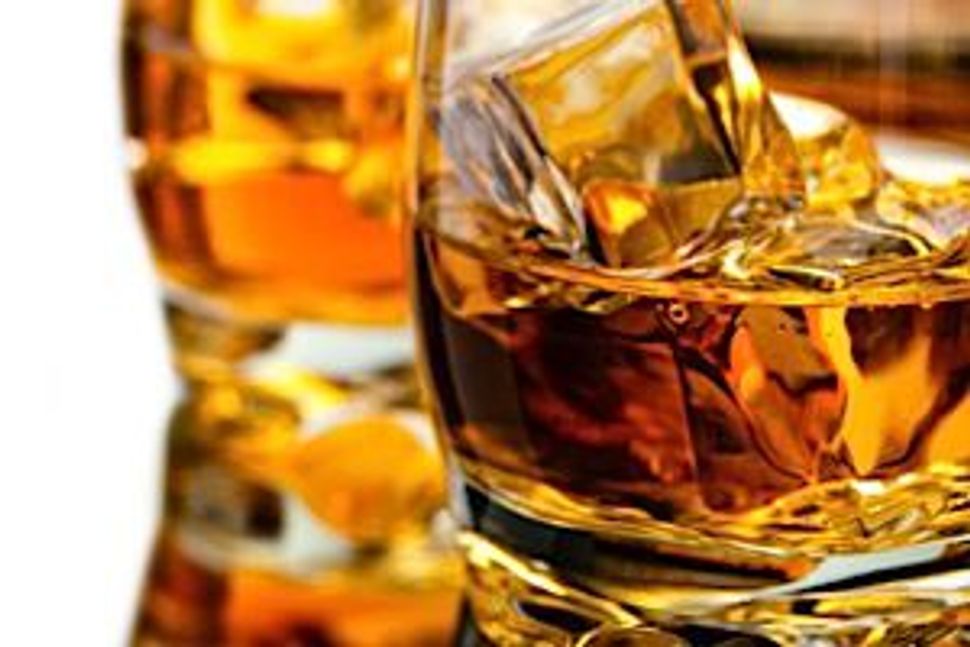 The largest whisky event of the year took place last weekend at the Marriott Marquis. Stretching from sundown Friday to a later Saturday night, WhiskyFest NY was attended by hundreds of aficionados of the pungent malt. Sadly, I couldn’t make it this year, but I managed to stop by the first so-called “Whisky Jewbilee” run by Single Cask Nation just before the weekend.

Single Cask Nation is an attempt to turn a hobby into a business. Joshua Hatton, Jason Johnstone-Yellin and Seth Klaskin took what began as a blog and the Jewish Single Malt Whisky Society and turned it into a niche bottler and importer of whisky. Though I was interested to see (and taste) what the hosts had found to put in their bottles, my expectations were fairly low. The location was a synagogue hall on Manhattan’s Upper West Side, I didn’t recognize the names of many of the whiskies being poured and the price seemed high at $75 (though, full disclosure, members of the press were not charged).

To the surprise of the attendees (and the organizers who ordered 288 glasses and almost ran out) the event, intended to stretch from 7pm -10pm, quickly became a hubbub and stayed that way. Kosher barbecued brisket at one end of the hall eventually had to be served as an open sandwich as buns became scarce, kosher sushi at the other end of the hall dwindled and napkins were nowhere to be found. But the whisky poured on. And on.

Koval was there, whose organic Chicago ryes I sampled last year at WhiskyFest. Their Dark Rye has improved a little with an extra year. The other organic whisky in evidence, a Benromach made from organic barley and casked in virgin Missouri oak that had been charred, tasted young and forced, unlike the others in the Benromach line which are quite pleasant, if unremarkable. Single Cask Nation’s 12 year old Arran from Pinot Noir casks was nice and spicy but a truly lovely 21 year old Old Pulteney reminded the youngsters why flavor is worth waiting for.

Tomintoul — a “speyside glenlivet” — represented the valley of the River Livet well, without really coming close to the Glenlivets. Glendronach (from the sherry casks) and Benriach (from the bourbon casks) brought some good whisky (Single Cask Nation had bottled a 17 year old Benriach, from second fill bourbon casks, which was a pleasant, though not outstanding variation on the three other Benriach’s on offer). Highland Park (from Scotland, not New Jersey!), brought a few whiskies, including both the excellent, full, 18 year old and the 30 year old. The latter, though it doesn’t quite deliver on the promise of the 18, is definitely worth a dram.

But the find of the fair was the Kilchoman. It’s a new island distillery (“the first new one on Islay for 124 years,” so goes the promotional material) that was begun in 2005 on a farm and designed to make good, young whiskies. They brought their first general release whisky, the Machir Bay, which is a mixture of 3, 4 and 5 year old whiskies, matured in fresh bourbon barrels with the four year old finished oloroso sherry butts for 8 weeks. It was an astonishingly good young whisky, sweet and peaty, as you would expect from Islay, but smooth and surprisingly layered. Single Cask Nation have also taken a Kilchoman but used only the 4 year old from first fill ex-bourbon barrels. That gives it a caramel flavor, quite distinct from the Machir Bay, but also delightful.

This wasn’t WhiskyFest, it wasn’t intended to be. It was more like a bar mitzvah Kiddush for whisky connoisseurs and the heksher gave it a distinctly Jewish ambience. As one gentleman pointed out: “This is much different from WhiskyFest, you can eat. It changes my whole approach.”