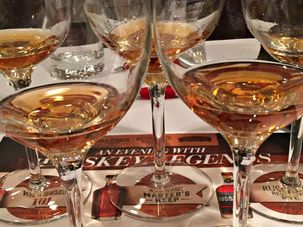 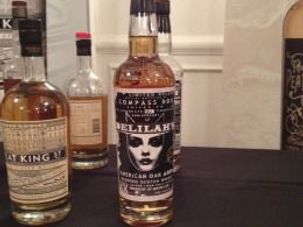 When WhiskyFest moved its main event to Shabbat, many Jews — us included — were bummed. This year, the fest is back on during the week. L’chaim! 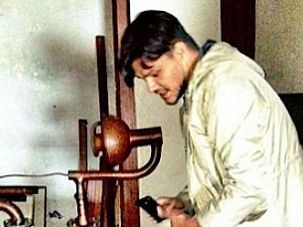 Scotch enthusiasts are trying to make a kosher single malt whisky that Israel can be proud of. It’s not going to be easy sippin’ in the Holy Land. 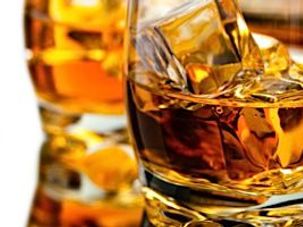 Jewish whisky aficianados turned out in force at a synagogue hall to sip the finest flavors at the first annual ‘Whisky Jewbilee.’

One Small Vessel of Liquid Lasts For Extra Nights

The extra nights refer to no Hanukkah miracle, but the (expensive) extension of WhiskyFest New York. As I reported on November 11, in response to heavy demand for tickets Malt Advocate has decided to move WhiskyFest from a Tuesday night to a whole weekend and to rename it WhiskyFest Weekend New York. 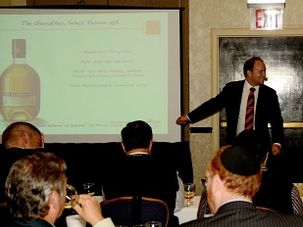 Convincing ten straight men to talk seriously about an artisanal product for half an hour is like pulling teeth: Convincing 2,000 straight men to pay over $100 each to discuss nuances in its process and product for three or four hours on a Tuesday night, is marketing gold. And that’s the genius of WhiskyFest New York (and Chicago and San Francisco) — getting a crowd of men to approach a premium, gourmet product as if it were baseball. 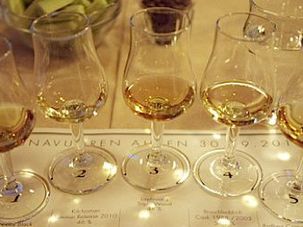 More Kippahs Than Kilts at WhiskyFest 2010

As the Forward’s international whisky correspondent I was hoping for some modest representation of the tribe at the 2010 New York WhiskyFest this Tuesday. What I wasn’t ready for, though, was a minyan davening maariv in the lobby just before the doors opened for the non-VIP guests.