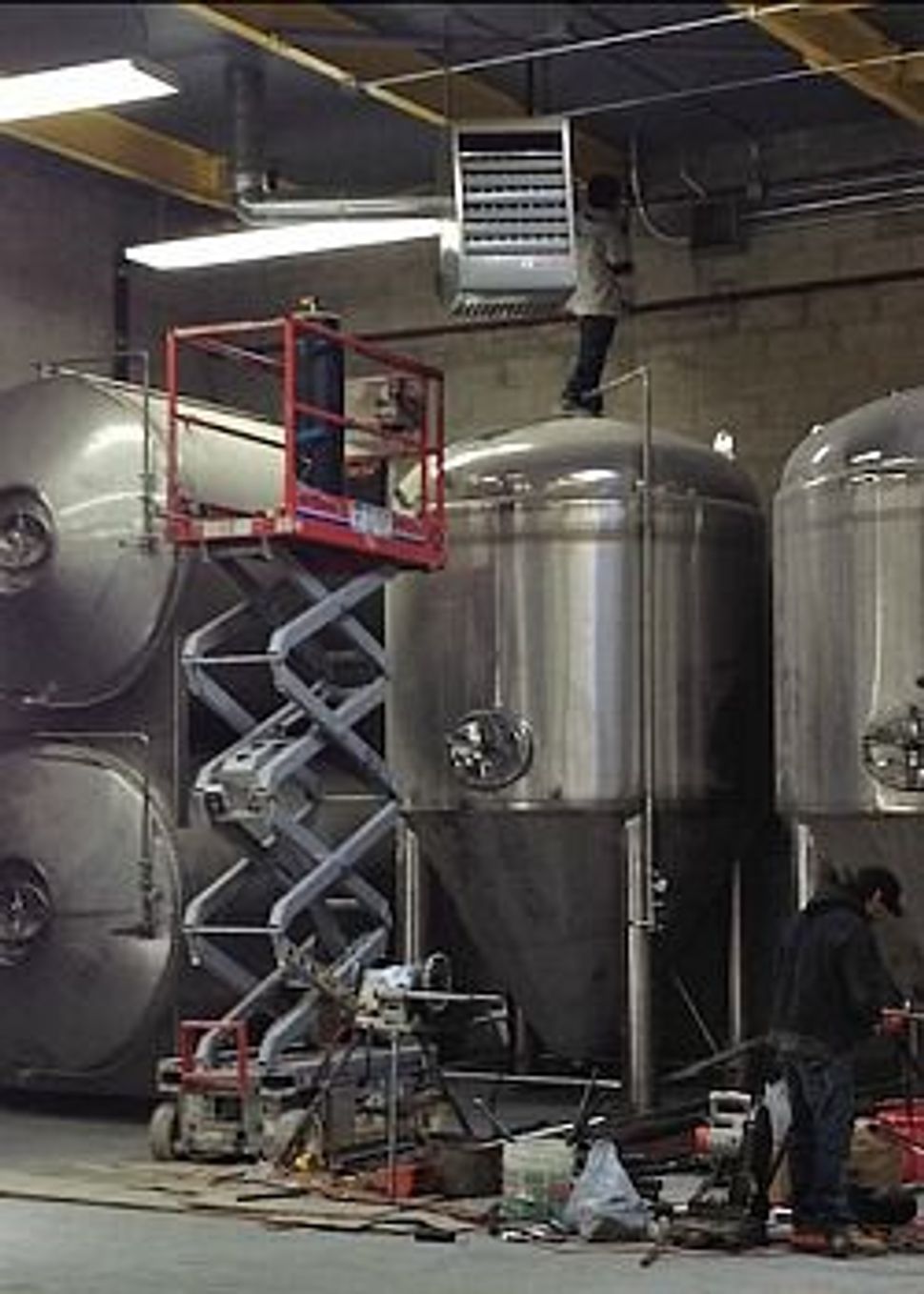 With the explosion of craft beers in the past five years, it was only a matter of time before an intrepid soul conquered the final brewery frontier: Queens, New York. Rich Buceta and the team at Single Cut brewery are opening a 5,000 square foot brewery there later this month. And the star of the Single Cut lineup? Matzoh-based beer.

“The folks at [local pub] Queens Kickshaw came up with the idea for this beer as a tribute to the Jewish tradition of eating Chinese food on Christmas Eve,” brewmaster Rich Buceta explained. The brew, which is made by mixing Szechuan peppercorns and matzoh into the malted barley mash, is dubbed a “White Lagrr,” perhaps because of the ferocious kick that the spicing will bring to it.

Aside from creating what sounds like the perfect Chanukah beer, Buceta plans a number of other yet-to-be-revealed concoctions. “We’ll be aging several beers in rum barrels, as well as brewing a number of Belgian-style ales,” he said. But the heart of the brewery lies in hoppy ales, like the Halfstack India Pale Ale that clocks in at 6.6% alcohol by volume. They plan to release a seasonal “Fullstack” IPA that’s even more alcoholic — a whopping 8.6%.

Want to try the Matzoh beer for yourself? You’ll have the opportunity when the brewery’s Astoria Tap Room opens. For those who hope to take some lagrr home, 1- and 2-liter growlers will be available. Single Cut also plans to be the only New York City-based brewery to do its own distribution, which Buceta hopes will ensure the freshness of the kegs served at local pubs. And, finally, visitors to the brewery can meet SingleCut’s mascot, a beer-loving fermenting robot whose name, Rulpsen, means “burp” in German. L’chaim!