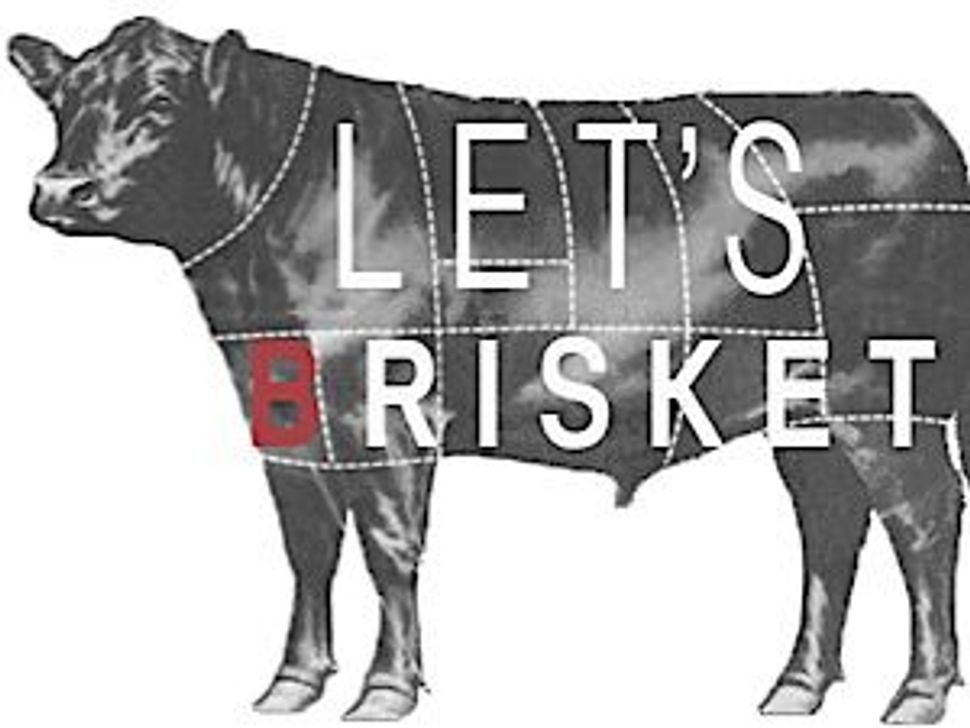 Image by Courtesy of the Center for Jewish History

At Tuesday night’s panel discussion at the Center for Jewish History led by Mitchell David, Executive Vice President of the James Beard Foundation, and organized by culinary curator Naama Shefi, so much was revealed about the dish that no Jewish feast is complete without.

Like many popular Jewish foods, brisket worked its way into the cuisine because of its low cost. “Brisket is implicitly kosher since it’s from the front of the animal,” said New York Times reporter Julia Moskin, “and it was cheap because anything that takes a long time to cook and that can’t be grilled has challenges, especially in a restaurant.” Davis added that while the ribs are also from the front of the animal, their popularity in Jewish cuisine didn’t quite reach that of brisket’s because they could be sold for more money. Daniel Delaney, owner of the barely month-old BrisketTown, in Williamsburg, attested that this was the case in the Texas culture as well, where butchers who emigrated from Germany and Czechoslovakia had trouble selling the slow-cooking cut of meat and ultimately created a way to dry smoke it and preserve it.

Cost isn’t the only reason that brisket has come to hold a special place in Jewish cuisine. Jake Dickson, of Dickson’s Farmstand Meats, pointed out that its large cut makes it an unrealistic everyday meat, so eating brisket usually means it’s a special occasion. “Name any Jewish holiday and people will tell you they ate brisket,” said Noah Bernamoff, of Mile End Delicatessen. Additionally, nearly every family has that one special brisket recipe that is obviously better than the rest. Simply ask Stephanie Pierson, author of “The Brisket Book: A Love Story With Recipes,” which includes 30 brisket recipes.

Traditionally, Jewish briskets are braised in liquids that range from ketchup to Dr. Pepper to soy sauce, said Pierson. Delaney’s Texas roots, on the other hand, preach that salt and pepper are all you need. “If you use bad brisket, you might want to add sweet [ingredients]. If you have good meat, you only need salt and pepper,” said Dickson.

Dickson also offered some valuable advice when purchasing brisket: Avoid meat that was strictly grass fed because it isn’t fatty enough (go with grain fed), avoid vacuum packed cuts because those could have been sitting the case for months, and trust your butcher when he tells you to leave the deckle (the fatty part) on even if your recipe calls for the first cut. He encourages people to leave the deckle on for the cooking process to keep the meat juicy and delicious. “I love the deckle. [It’s] this beautiful, succulent, totally fatty piece of meat that has the best flavor,” agreed Delaney.

The meaty discussion ended with each speaker describing a favorite brisket recipe — these included a Moroccan take and Nach Waxman’s famous recipe that calls for slicing the meat before it’s done cooking. But luckily before everyone in the audience started drooling, guests were invited to a reception where brisket-inspired cow-shaped cookies waited happily to be eaten — no butcher or braising necessary.