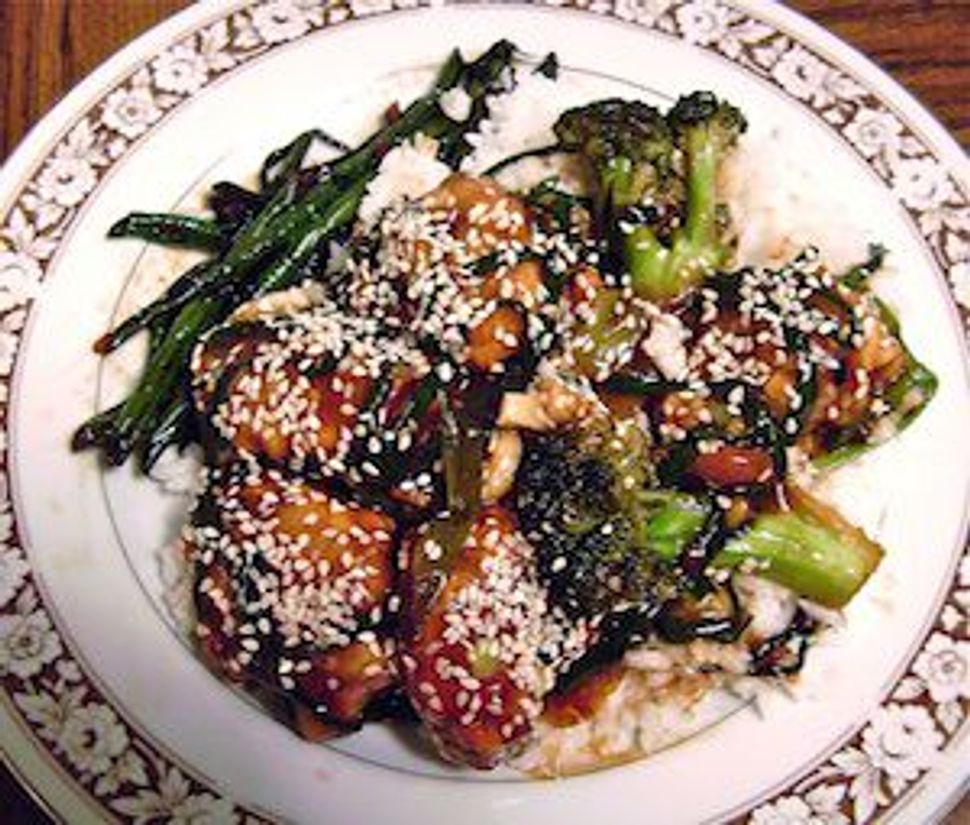 As many of you, my co-religionists out there, may have done, I chose to spend my 25th of December as I have for much of my life: I ate Chinese food and watched movies. So what’s with Jews and Chinese food? I mean, I love the stuff, but you have to admit, this is a pretty ridiculous tradition. Songs and literature have been written on it; this year social media was even buzzing with mock halachah on why Jews eat Chinese food on X-mas. But as ridiculous as it is, it is pretty delicious, so I’m going to keep doing it. But this year was the first year that I decided to cook the Chinese food myself, which proved a lot more difficult than I would have thought.

Menu planning was the easy part. I just posted a question on Facebook, asking what I should make, and sure enough, I got upwards of twenty suggestions within a few hours. The bill of fare: string beans, mu shu beef, sweet and sour chicken, and general tso’s chicken.

To complete the task, I borrowed a wok from a friend who left town for the week with his family. I felt up to it, as I have never shied away from a new cooking challenge. After doing some research on cooking with woks, I really thought I knew what I was doing. I swear. Let me explain.

I put the wok on my little electric stove on high heat, and got it hot before I put the oil in. A well-seasoned wok is a great thing. Just like cast iron, when it is used properly, and not washed with soap, it becomes a wonderful nonstick piece of cookware. But I guess the learning curve was a little higher than I thought. So when I heated up the pan, and put in some oil to start cooking, it exploded. I must have had the heat on too high and did not account for the grease stuck to the inside of the pan, because the whole thing set on fire. A fourteen-inch diameter bonfire, about two feet high, was just sitting on my stove. So I quickly covered the fire with the lid, and set it down while the fire went out. Realizing that I had just put it back on the hot stove, I picked it up again to walk it outside, into the cold air. This whole time, my apartment was filling with smoke, and the smoke detector was blaring, so things were a little distracting. But I think the wok was getting jealous of me thinking about all of the other things going on, because it decided to explode again. As I held it, the lid jumped a few inches of the wok and a flame blasted out the sides. So I took it outside, let it cool off, dumped out the oil and started over.

So I cooked the food, we ate it, and it was delicious. Maybe next year we will go out for Chinese.

David Chudnow is an up-and-coming film/video professional and self proclaimed foodie who always figuratively and literally eats his mistakes. He currently resides in Columbus Ohio with his lovely fiancee, Heather, and two cats, Lando and Wedge. David is looking to relocate, so if you know of any job opportunities, please contact him.