Are Turkish Simits the New Bagel? 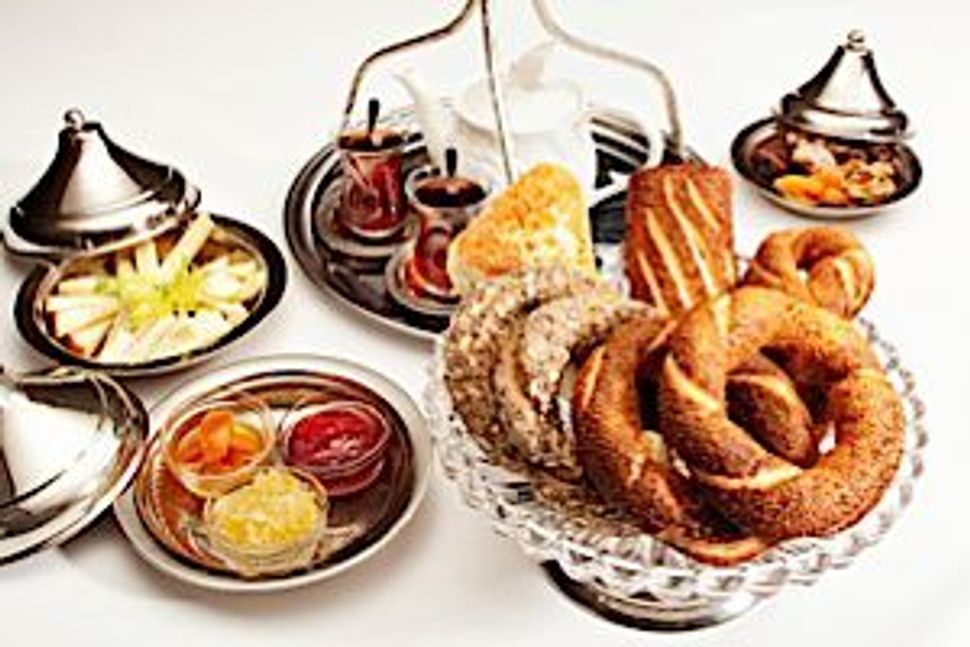 Image by Courtesy of Simit and Smith

Last week, a new bagelry made a bold move.

The company launched its first of 20 stores the same week as a popular article on First We Feast circulated the net bemoaning the decline of the New York bagel.

So could the bagel’s skinny Middle Eastern cousin stand up to the New York original? We had to go investigate for ourselves.

Our initial search taught us that simits are healthier, skinnier and less doughy bagel-like breads, with holes big enough to stick your hand through. One description, saying it was a cross between a soft pretzel and a bagel — two classic New York dishes — made us even more curious.

So we headed uptown. The shop’s sleek and simple design looks like any other hip café in the neighborhood, the walls are decorated with fun facts about the origin of the simit and a few stools are available to sit on while you munch.

The store hawks traditional simits covered in sesame seeds as well as whole grain options and even a square simit for sandwiches, which guests can have with schmear (this is the Upper West Side after all), smoked salmon, grilled chicken or hummus.

With a rather pleasing texture, Simit and Smith’s slim sandwiches are easier to eat than your average lox and cream cheese on a bagel (though they may leave you wanting more grub). What they lack in the sweetness of a bagel, they begin to make up for in the nutty flavor of the sesame seeds that surround it on all sides.

To call simits a “diet bagel” only (they boast a third fewer calories than most bagels) wouldn’t be giving them enough credit, but if for some New Year’s resolution-y reason you’re looking for an alternative to the warm bagel you love, you might get a little sad if you started here. Simit and Smith’s offerings simply lack the personality behind a classic New York bagel. In its rectangular loaf-shaped form, the simit feels simply like a basic chewy sandwich roll.

To say that simits can replace bagels in this city would be like saying that delicate Japanese gyoza and heart Chinese potstickers are interchangeable. They’re in fact not even related historically, says bagel historian and enthusiast Maria Balinksa, who says the two developed entirely independently of one another.

While they might not be a bagel, perhaps its better that they try not to be. We think there’s room for both.

Are Turkish Simits the New Bagel?