Using Food Scarcity to explain the Holocaust to Children 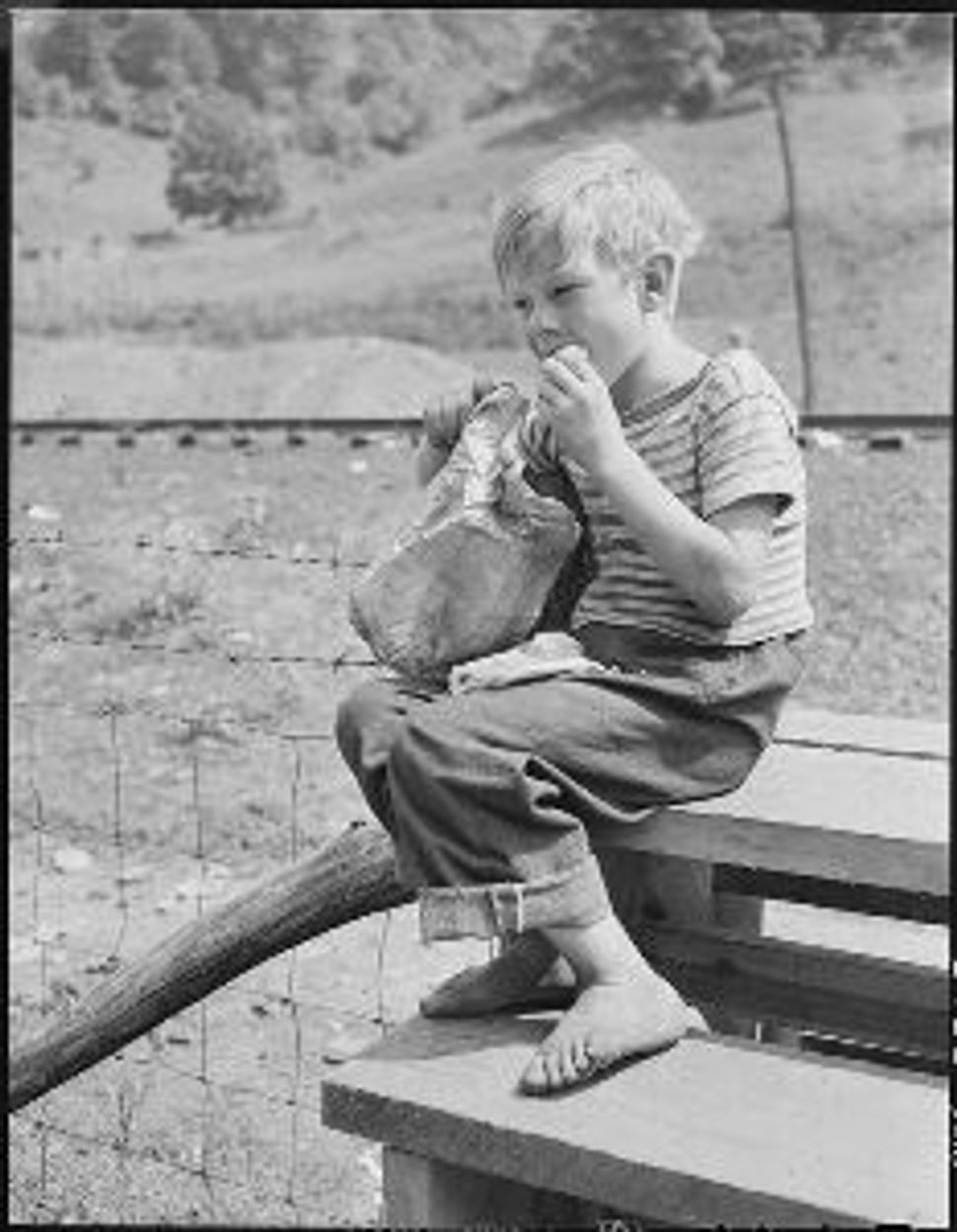 I just explained the Holocaust to my daughter through the lens of food scarcity and kashrut.

I hadn’t planned to explain the Holocaust to my daughter at age 4.

However, after listening to Leah Johnson’s (Yonson) story of Holocaust survival in the Forests of Belarus (with the Bielski Brothers – see Daniel Craig in the movie “Defiance” and the spellbinding History Channel documentary), I came home to my wonderful daughter complaining about which type of noodle she wanted to eat. It made me want to immediately convey to her how privileged she is and how others have struggled.

I’d watched the documentary and listened to Mrs. Johnson, holding my breath with all the other women in the room for the Potomac, MD Chabad’s “Spa for the Soul” luncheon. Would Mrs. Johnson’s family make it out of the ghetto, then the forest, then the displaced persons camps? Would they ever be able to stop running, always hungry? When I got home I wasn’t in the mood to hear my daughter complain that she wanted a different type of noodle!

So my daughter tells me she doesn’t want the curly, colored pasta, she wants Wacky Mac with the different shapes. I had to tell her how blessed she is to have a nice, warm house with so much food she can argue about the type of pasta she wants.

I was proud of myself for finding a way to help her understand it, without giving too much information that would confuse, scare or overwhelm her. This is how I did it…

I’ve always told my daughter not to eat the wild berries she sees on bushes and trees. People who lived before grocery stores and animals know what is safe to eat and what’s not. And some things might be safe for animals, but not people (By the way, I have no idea if that is true or not!). Because we don’t know, we have to get our berries from the grocery store or berry picking on a farm.

To explain the desperate circumstances of the people living in the forest, I told her that the speaker talked about how the group had trudged through a swamp for days, running from the Nazis. When they finally got out, they found wild berries and ate them so gratefully. They didn’t know what kind they were or if they were safe. They were so hungry they had to eat whatever they could find. Mrs. Johnson related how she still remembers how relieved she was to find the berries.

Kashrut We keep kosher and she knows that many times when we’re in the store or passing a restaurant I’ll tell her she can’t have something because it’s not kosher. Before she wants to beg for a treat at the store, she’ll ask me if it’s kosher.

Before Mrs. Johnson spoke, the Women’s Circle group watched the History channel documentary about the Bielski group. Survivors told the story of word spreading fast that a horse had died in the forest. By the time one woman and her family got there, she said all the meat had been stripped clean from the bones by desperate, hungry Jews. All that was left was the guts. So her mother took them and cooked them over a fire. She described the smell as something no one should ever have to smell – or eat. But, she said, they ate it and it was good because it was sustenance. They were starving.

I relayed this story to my daughter and explained that traditionally Jews are supposed to eat only kosher food, except if they’re truly starving. These people had empty bellies and would have died without eating something unkosher. That’s what you are supposed to do if you’re truly starving. She doesn’t know what real hunger is, thank G-d. To be desperate enough that it’s a mitzvah to eat a horse…that she understood. She asked, “Why did they want to hurt the Jews?” That, she did not understand. I could only answer honestly. “I don’t know why. They just didn’t like us.”

I was proud of myself for finding a way to help her understand it, without giving too much information that would confuse, scare or overwhelm her.

Lasting Impact These days my daughter will tell me that we have too much food in our house so we should give some away to people who don’t have enough. I love that sentiment! However, I tell her that we give money directly to the people who don’t have enough food so that they can buy what they want and need. We give through our shul fund that helps people in our local community and only the Rabbi knows who they are. That way they aren’t embarrassed. We also send it to organizations that help hungry people in other parts of the country and in other countries, like Israel.

While canned food drives still exist, and I’m sure are helpful in some ways, there is a newfound awareness in the food justice movement that giving away our expired cans of whatever we never ate, is not the best way to feed the hungry.

Oran Hesterman, author of Fair Food, and president & CEO of Fair Food Network recently spoke at the Hazon Food Conference and encouraged everyone to support inserting a provision for “Double Up Food Bucks” into the national farm bill. Fair Food Network successfully funded this program in Michigan (with private money) and are looking to replicate it nationally, while encouraging local and national government to toss in a few of its own shekels.

According to the Fair Food Network, “Our Double Up Food Bucks project provides families who receive Supplemental Nutrition Assistance Program (SNAP) benefits with the means to purchase more Michigan-grown fruits and vegetables at farmers markets while supporting local food growers and the local food economy.”

A number of attendees at the Hazon Food Conference aren’t waiting for the government. They’re bringing the produce to the city through community gardens. As the Fair Food Network says, “Access to healthy, fresh, sustainably grown food is a basic human right. Yet many low-income families have fewer opportunities to access healthy food even when they have access to federal food assistance benefits. This is not only a health and nutrition issue — it is an equity issue.”

Natasha Rosenstock Nadel is a writer living in Potomac, MD with her husband, son (“Dimples”) and daughter (“Slash”). You can find her trying to live up to her food values at www.HealthyFamilyHealthyYou.com.

Using Food Scarcity to explain the Holocaust to Children