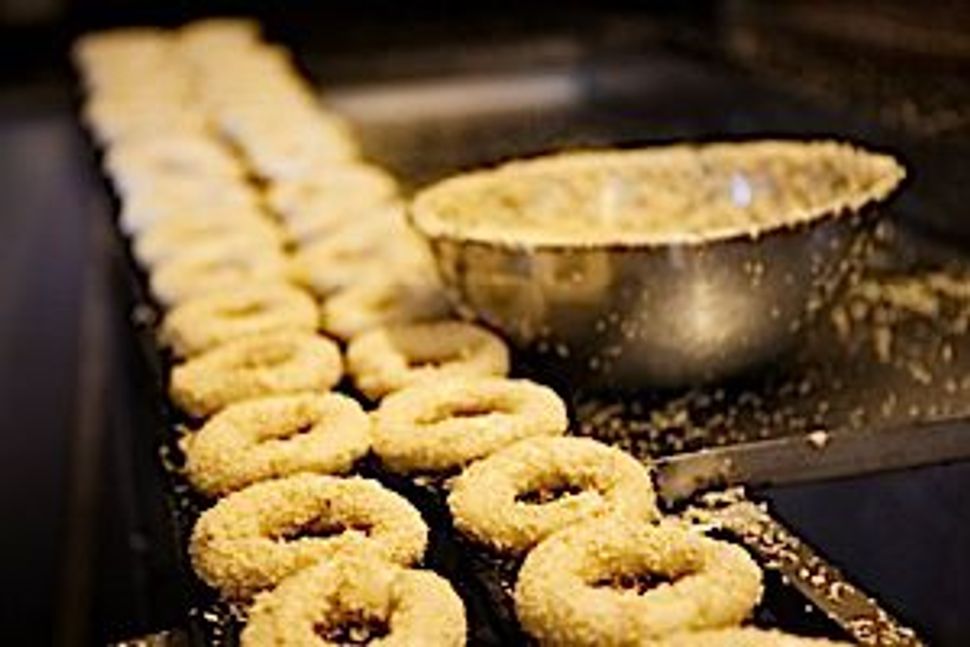 Like ?em? Try making them this weekend! Image by Thinkstock

Feeling ambitious this weekend? Try making your own bagels with a recipe from Rockaway Beach. [CNN Eatocracy]

A hippie staple gets a Passover twist. Matzolah granola, the “Trail Mix of the Exodus,” features matzo in the recipe.

It turns out negotiations are sometimes literally on the rocks at the United Nations. [The New York Times]

A look inside a non-traditional Jewish deli in Washington, D.C. [My Jewish Learning]