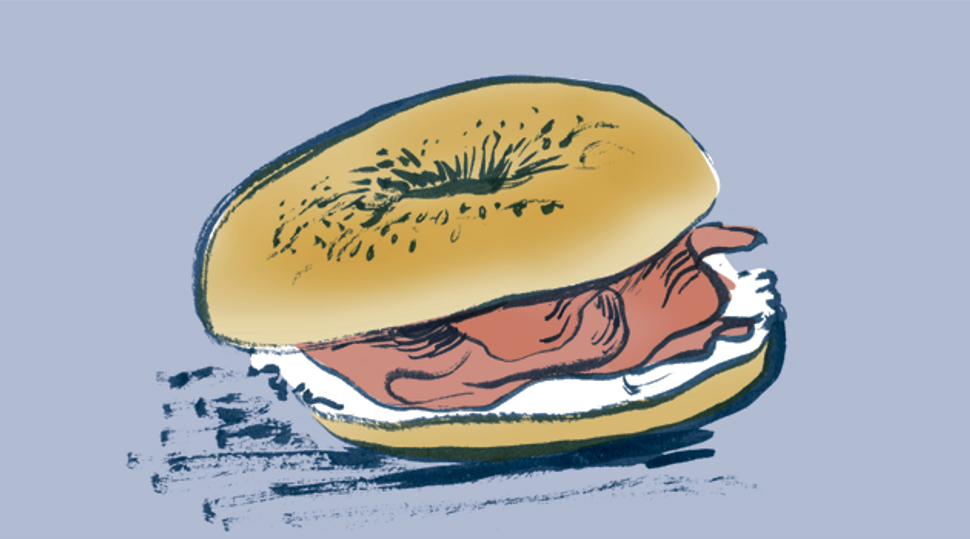 When my boyfriend and I left New York in 1982 to move to a small town in southern Maine, my mother joked that we would never find a temple for our children. “And where do you think you’ll get bagels and novie?” she mocked. “The Heathcote Deli is a long way from Maine!” This was a joke for several reasons. We didn’t have children. We never went to synagogue. And we were not looking to replace my childhood deli from Scarsdale, New York. We could have lobster whenever we wanted.

My mother had no idea just how prescient her remarks would be. Fifteen years later we were married with two daughters. We were one of the only Jewish families in town. When Maya, our oldest, entered kindergarten she was the only Jewish child in a public school of more than 700 students.

Being Jewish took on new meaning. I was invited to visit her class every Hanukkah and Passover to share something about our “exotic” traditions. I fried latkes and brought matzo into her classroom.

The problem was that I had very little Jewish education. And in fourth grade, when Maya asked if she and her sister, Emma, could go to temple, we found a small synagogue nearby with a welcoming group of families. We went to Shabbat services nearly every week, learned the songs and prayers and, through our children, discovered something of what it means to be Jewish.

My daughters were the first women on either side of the family to be bat mitzvahed. When it was time for Maya’s big day, we wanted to serve traditional deli foods for her luncheon. But my mother’s remarks once again came to haunt us. Finding nova, good bagels and whitefish in northern New England (in the late 1990s) was something of a challenge. And while I have spent my entire career in the food world, I still needed help. I reached out to the Heathcote Deli in my hometown to ask them what they might recommend. When I got the owner on the phone and told him I grew up at the deli and explained our plight, he said, “If you pay for the gas, we’ll drive to Maine and bring you the real thing.”

As the day drew closer and Maya mastered her Torah portion and picked out her outfit, and relatives made travel plans, I thought endlessly about the delicacies that would soon be en route to southern Maine. I thought of my mother, gone for over a decade, and how this would make her happy.

The September morning of the bat mitzvah was one of those perfect fall days — sunny and clear, with the first hint of an autumnal breeze. We woke early, excited, anxious. And then, just before 8 a.m., the doorbell rang. Who is here this early? I wondered. I looked out the window and saw a small truck parked in our unpaved driveway.

“Yeah, someone order deli?” the Heathcote Deli driver asked. I almost wept to hear his thick New York accent. “Um, yeah, you’re at the right place,” I told him. As he unloaded black plastic trays piled high with silky, buttery smoked salmon, fat and flakey whitefish, chewy bagels and scallion cream cheese and, finally, containers of the deli’s famed whitefish salad, I realized he must have left New York at three in the morning in order to make the delivery on time. When the last tray of food was unloaded into the kitchen, I invited the driver in for coffee and breakfast.

“Nah, gotta get back to the deli,” he told me, as if he had just driven a few blocks. I tipped him generously and thanked him over and over. He looked at me like I was crazy. He had no idea what those platters and the briny scent of my childhood meant to me.

Kathy Gunst is the author of 14 cookbooks. Her latest is “Notes From a Maine Kitchen.”

This is not the whitefish salad of my childhood, but my version with fresh dill, lemon, parsley, and mayonnaise. Serve with toasted bagels, thin black bread, or on top of tender, buttery lettuce leaves.

1) Remove the fish skin and carefully pull the fish meat from the bones. Using your hands, separate the whitefish into thin shreds. You should have about 1 1/2 cups whitefish.

2) In a small bowl, mix the dill, parsley, mayonnaise, lemon juice, and pepper to taste. Gently fold in the whitefish and serve. Keep refrigerated if you aren’t serving immediately.