Q & A: Timothy Lytton, Author of the Book ‘Kosher’ 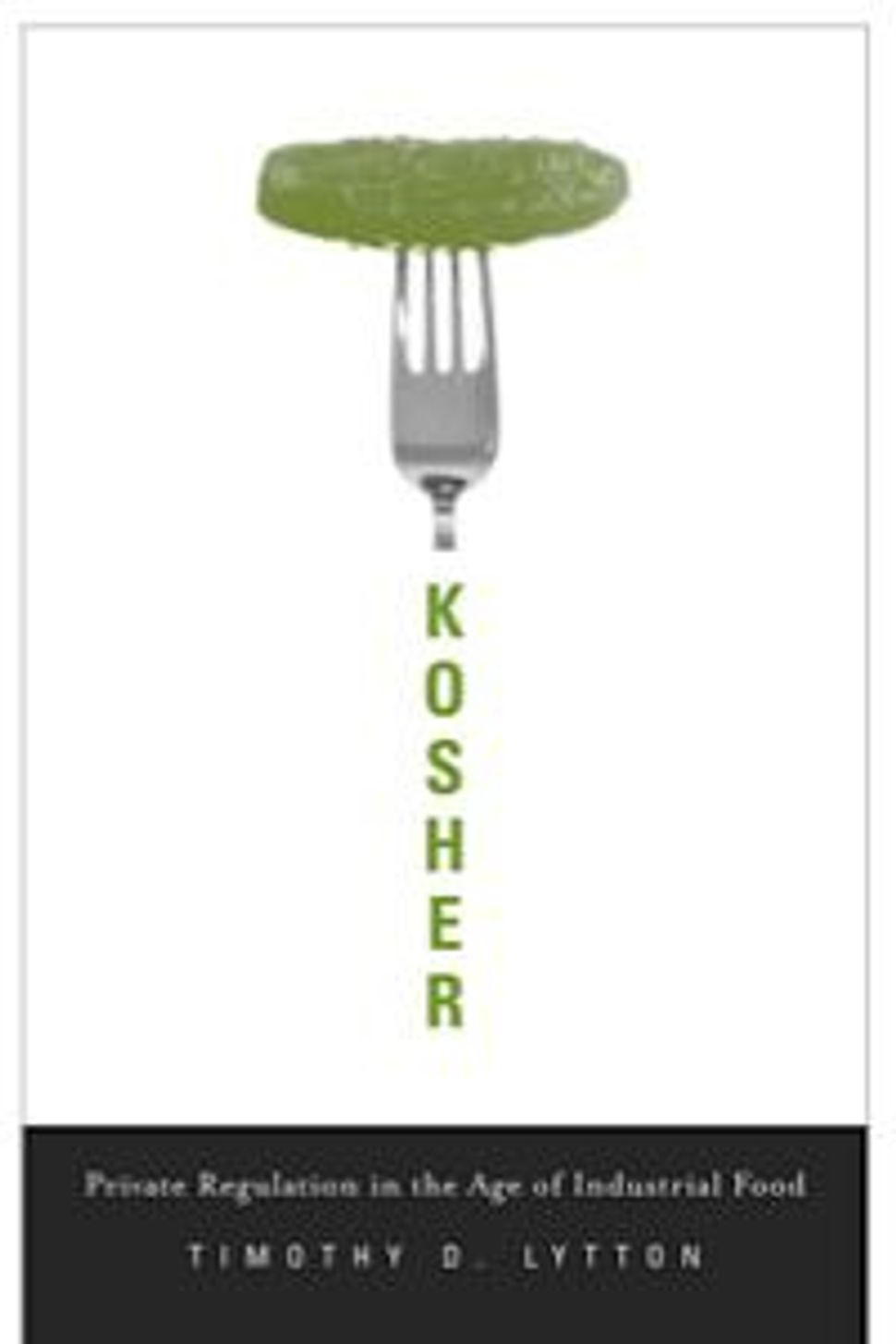 Image by Courtesy of What Is Your Food Worth?

This post originally appeared on the blog What Is Your Food Worth?

Timothy D. Lytton is the Albert and Angela Farone Distinguished Professor of Law at Albany Law School, where he teaches courses on regulatory theory and administrative law. His book, “Kosher: Private Regulation in the Age of Industrial Food,” has just been published by Harvard University Press. In his book, Lytton argues that the $12 billion a year kosher industry is something of an unheralded story of success of private-sector regulation in an era of growing public concern over the government’s ability to ensure food safety. Kosher uncovers how independent certification agencies rescued American kosher supervision from fraud and corruption and turned it into a model of nongovernmental administration.

Recently Professor Lytton answered a few questions from the What Is Your Food Worth? Project.

WIYFW: What got you interested in kosher food and the business of kosher?

Timothy Lytton: I am interested in private alternatives to government regulation, especially in the areas of food safety and nutrition labeling. As a general matter, private food safety audits and industry-sponsored nutrition labeling schemes have been a great disappointment. Behind most major food-poisoning outbreaks is some private auditing firm that gave the food producer a phony five-star rating. And when nutritional rating schemes give high marks to sugary cereals and full-fat ice cream, you have to wonder.

WIYFW: Given the recent horsemeat scandal, do you have any thoughts about why some food regulations fail and others succeed? In our industrialized and globalized food system, is it really possible to monitor what goes into the food we eat?

The food business is one of the largest and most complex industries on the planet. Global retail food sales alone are a $4 trillion operation, and supply chains from farm to table reach around the globe. No regulatory system can provide 100% protection from foodborne illness or adequately police nutrition labeling. The real question is how to achieve marginal improvements in food safety and labeling. Government regulation of these problems has come a long way in the past century since the Pure Food and Drug Act and the Federal Meat Inspection Act were passed in 1906. Governments in other countries have made similar advances.

WIYFW: You write that the kosher industry has succeeded as a non-governmental regulatory body. In other words, if something is labeled kosher, it will not include treif [non-kosher] ingredients. Do you think there is a larger lesson here? Has government failed? Do we seek other ways and other forms of regulation?

TL: As I mentioned, private certification offers a potential complement to government regulation in reducing food contamination, adulteration, and mislabeling. The larger lesson of kosher certification is that, under certain conditions, private regulation can be highly effective in making sure that whatever companies claim about their products is true—whether that be the kosher status of the product or some other feature, such as purity, fair labor standards, or environmental sustainability.

TL: Kosher certification agencies are staffed by professionals with specialized training in Jewish dietary laws, food chemistry, and food technology. Although there may be some overlap between these specialties and other regulatory specialties, one should be careful to entrust kosher inspectors with tasks for which they are not trained and to which they may not be as committed as they are to kosher observance. Of course, an ethical person should not be complicit in any production operation involving unfair labor practices, animal cruelty, or environmental degradation. But I’m not sure I would entrust the job of assuring consumers about those things to a person not professionally trained in these areas or committed to these regulatory goals. Moreover, on a practical basis, companies grant kosher inspectors extraordinary access to their operations for the purpose of kosher certification. It is not clear that they would grant these same inspectors this level of access to police other aspects of their operations that might expose them to criminal or civil sanctions.

Q & A: Timothy Lytton, Author of the Book ‘Kosher’