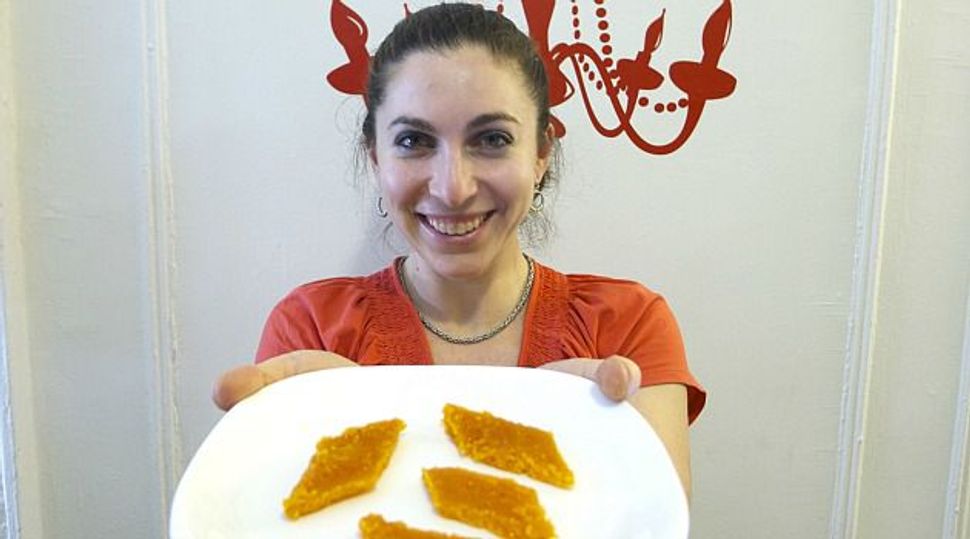 In the 1920s, when Esther Perkel was a young girl living in South Africa, she and her family traveled by tram and rickshaw to the Newtown Market in Johannesburg to buy bushels of fresh grapes grown in the vineyards around the Cape of Good Hope. Her family carted the grapes home shortly after Purim, where they washed them in galvanized tubs in the family’s kitchen, mixed them with sugar and left them to ferment in a barrel in the pantry until Passover.

This annual process was tedious and time consuming, but with no other kosher wine available, it was necessary — for the Perkels, and for many other families in South Africa.

The roots of the South African Jewish community, which today numbers about 72,000 people, date back to the Portuguese-Jewish cartographers who enabled Vasco de Gama’s discovery voyage to the Cape of Good Hope in 1497. In the early 1800s, several Jewish families from England were among the first residents to make their way to the newly appointed British colony, and by 1841, the country’s first synagogue congregation, Tikvat Israel, formed in Cape Town.

But the country got its most significant Jewish population boost in the decades on either side of the turn of the 20th century, when approximately 35,000 Lithuanian Jews moved there to escape pogroms back home, and to seek opportunities in the burgeoning gold and diamond trade.

The Litvaks, like Perkel and her family, brought with them their deeply cherished recipes and food customs, from their unique name for braided challah (kitke — a term which likely stems from the German word for putty and is today exclusively used among South African Jews of Lithuanian descent) to their enduring love of teiglach (balls of dough cooked in honey) and the tendency to pair kichlach, sugar-dusted egg cookies, with briny herring.

After World War II, Johannesburg, and to a lesser extent Cape Town, became unlikely bastions of Lithuanian Jewish life — aided by the freedom of religious worship that had been established in South Africa in the early 19th century.

Over the centuries, South Africa’s Jews held tight to their Lithuanian food traditions, blending them with flavors from the foods of South Africa’s indigenous and immigrant communities and periods of Dutch and British colonization. The results were dishes like curried fish balls. A cousin of gefilte fish, these whitefish balls are simmered in a curry-flavored sauce — the influence of South Africa’s sizable Indian population. Jews have also created kosher versions of biltong, a popular Dutch-inspired cured and dried meat similar to jerky.

“When I was a child everything was handmade on Passover, because you had no other option,“ said Ida Jones, who grew up outside Johannesburg and currently lives in a small coastal town about five hours east of Cape Town. “Today there is no shortage of certified kosher-for-Passover products flown in from Israel, but that is only in the last several decades.“

Despite the adherence to tradition, local influences still sneak into the Seder meal. Most striking is South Africa’s positioning in the Southern hemisphere, which means North America’s familiar autumn produce is in season during South Africa’s spring.

The result: Apples are a key ingredient in the Passover menu — from the traditional haroset to the bits of green apple lending crunch and sweetness to chopped herring, and apples stewed with cinnamon and cloves for dessert. The grapes that Perkel’s family once bought for wine also come into peak season in the weeks leading up to the Seders.

When it comes to fish, many South African families up the ante from gefilte on Passover, serving fried fish balls bound with matzo meal and a dish called mock crayfish among the spread of starters. The former, which Perkel’s daughter, Naomi Pollak, says “look like falafel and taste amazing,” are a testament to the British colonial influence. (Brits do love to fry their fish.)

Mock crayfish, meanwhile, is a kosher take on lobster salad. In the culinary anthology “Man With a Pan,” South African-born novelist Tony Eprile describes the mock crayfish he ate growing up as “rock cod dressed up in a ketchup-mayonnaise mix.”

In combination, South Africa’s deeply held Lithuanian heritage mixed with local produce and the country’s patchwork of culinary traditions has resulted in a Jewish food culture unlike any other. In recent years, shifts within the community — including an aging group of first- and second-generation Litvaks, the increased availability of imported kosher products and a trend of Jewish emigration out of South Africa — have put some of these traditional recipes and customs at risk of getting lost.

This fading heritage is partly responsible for inspiring Pollak to start making ingberlach five years ago. “I wanted to try out recipes from the old cookbooks, and make something my mother grew up eating,” she said.

More recently, in the weeks leading up to Passover, I joined Pollak’s daughter (and Perkel’s granddaughter), Beth, in cooking up a batch of ingberlach in her Brooklyn kitchen. Neither of us had made the dish before, but we had a recipe from the 1981 Women’s Zionist League of South Africa cookbook in hand, and Pollak on speed dial for guidance.

We spent the next hour and a half grating carrots, then marveling at the rich caramel smell and jammy texture they took on while simmering. The finished confection was earthy and sweet, with a chewy bite and spicy kick from the ginger. It was slightly unfamiliar but intriguing — much like the cuisines it comes from.

1) Place the carrots and sugar in a medium saucepan set over medium-high heat.

2) Bring to a boil, then lower heat to medium-low and cook, stirring often, until mixture turns thick and jammy, about 40 minutes.

3) Stir in the lemon and orange zests and juices, and the ginger, and continue cooking, stirring frequently, until mixture turns very thick and all of the liquid has evaporated, approximately 20 more minutes.

4) Mist a baking sheet lightly with water, then spoon the carrot mixture on top; gently smooth with a rubber spatula to a 1/2-inch thickness (if candy is sticking to the spatula, wet it with a little water).

5) Allow the candy to set, uncovered, in the fridge, then cut into rectangle or diamond-shapes. Store in an airtight container at room temperature.

Leah Koenig writes a monthly column on food Contact her at [email protected].