Q & A with Sue Fishkoff on What’s Kosher 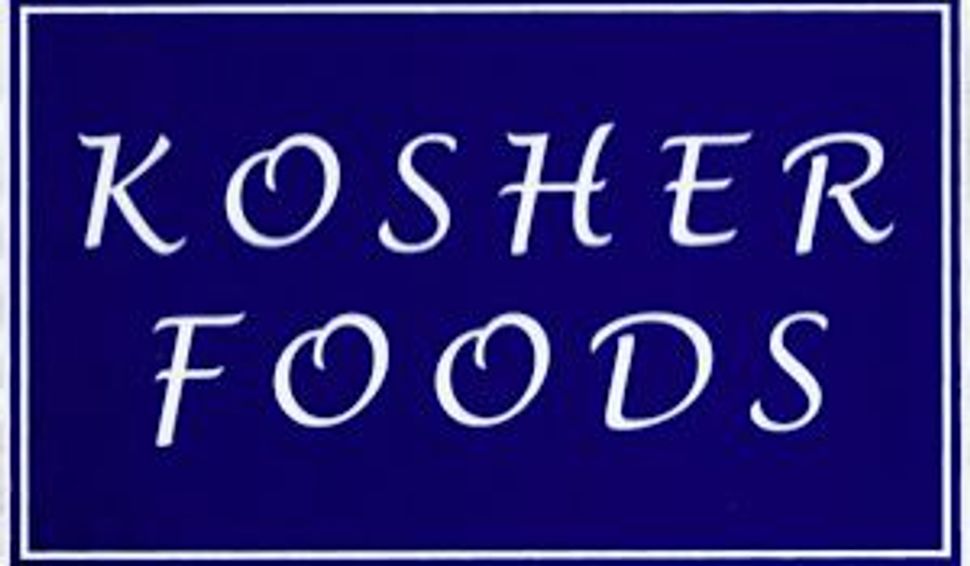 This blog post originally appeared on What’s Your Food Worth?

Sue Fishkoff is the editor of j., the Jewish news weekly of Northern California. Previously she has worked as a national correspondent for the JTA Jewish news service, focusing on Jewish identity and culture. Her freelance work has appeared in the New York Times, Huffington Post, Hadassah Magazine, and the London Jewish Chronicle. From 1991-1997, she was a staff writer for the Jerusalem Post, serving as the paper’s New York bureau chief from 1991 to 1994. She is the author of “The Rebbe’s Army: Inside the World of Chabad-Lubavitch” (Schocken Books, 2003) and “Kosher Nation: Why More and More of America’s Food Answers to a Higher Authority” (Schocken, October 2010.)

Recently Fishkoff answered a few questions from Bryant Simon at What’s Your Food Worth.

Sue Fishkoff: The kosher certifying agencies are set up to do just that — certify that a food item is produced in accordance with kosher regulations as they are determined by that agency and its poskim, or rabbinic advisers. As the head of one of the Big Four agencies told me, all they are trying to do is help Jews observe the laws of kashrut, no more and no less. To expect these agencies to take on more than this is to project one’s own moral, ethical or political values upon them.

That said, it is entirely appropriate for new institutions to be established that meet the needs of a new generation that has expanded its definition of food that is “fit and proper to eat,” which is the literal meaning of the word “kosher.” The Conservative movement’s Hechsher Tzedek commission, which aims to issue certificates of justice to food manufacturers that meet certain ethical and environmental standards in addition to being kosher, is one such institution. So is Uri L’Tzedek, an organization founded by Orthodox rabbinical students that calls upon kosher restaurants to treat their employees well.

So in my opinion, the kosher certification industry has no obligation to be anything beyond a regulatory body. But should it choose to assume an ethical role as well, that would be welcomed by many Jews — and not welcomed by others.

Back to Kosher Nation. Do you see your investigation of the kosher industry, especially your exploration into the Agriprocessors kosher meat packing plant, as a part of in a larger food and social justice movement in the US? Where do you see this food movement going?

Certainly the current fascination with the ethical implications of food production, distribution and consumption are part and parcel of the general interest among many Americans in working for social justice. It’s notable that the foodie revolution itself — America’s growing sophistication concerning food quality, exemplified by the growth of artisanal cheese, locally grown produce, sustainably raised animals, etc — has dovetailed with a concurrent interest in ensuring wider access to high-quality, healthful food among low-income consumers. And just as Americans in general want to know where their food comes from and what it’s doing to their society and their bodies, so are many Jewish Americans involved in the same discussion, even as they also look for guidance within their own Jewish traditions. As we know more about food, including the political and economic aspects of things like agricultural subsidies, food deserts in inner cities, and foreign aid that is tied to seed monopolies, it is not surprising that the politics of food has become, to a large extent, this generation’s social justice cause. I see that continuing, as the food movement gets even more involved in questions of ensuring access to nutritional, high-quality food across all income levels.

If you were going to write a new chapter or epilogue for Kosher Nation, what would you say? What most important development in kosher food industry and the kosher movement over the last few years?

When I was researching this book in 2008 and 2009, the Agriprocessors scandal was just breaking, and its full impact wasn’t yet felt. But as the scandal become more public, it moved the discussion of what kosher is (and what it should be) to the front pages of the New York Times, and into almost every synagogue, Jewish school, and Jewish organization, even those liberal institutions that did not consider kashrut, or Jewish ritual in general, to be particularly relevant. In the past decade, more and more liberal Jews in this country have been re-examining Jewish laws and rituals their parents and grandparents had discarded, and are mining them for their spiritual potential. This doesn’t mean a return to traditional Jewish observance necessarily. But it does represent a fascinating modus vivendi with tradition that we haven’t seen among American Jews before now. Much of this is playing out in the field of kosher observance; that’s what I would write about if I were to add another chapter to my book today.

*Sue Fishkoff will be in Philadelphia on April 15, speaking on at a conference at WIYFW on the question, “How Kosher is Kosher?” To register for this free event and get a free lunch, *

Q & A with Sue Fishkoff on What’s Kosher