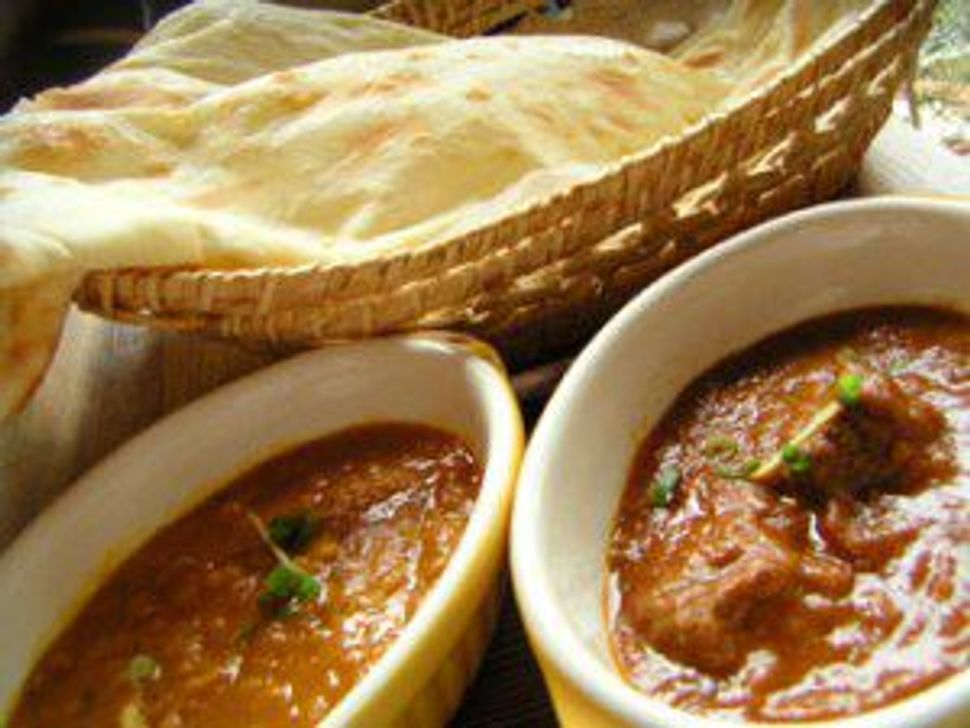 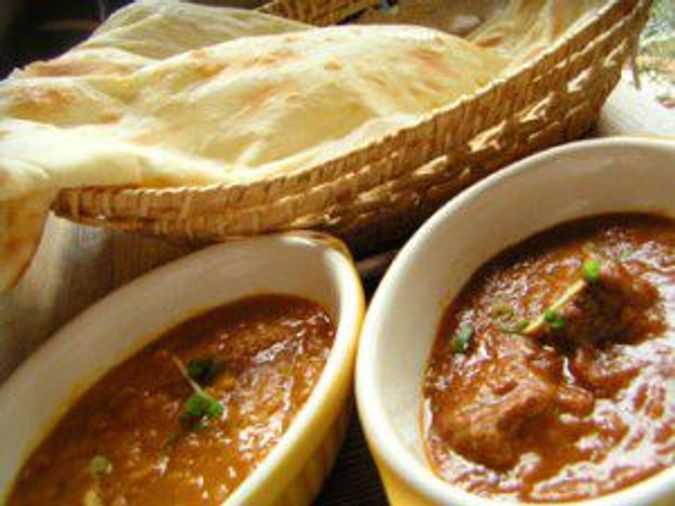 Recipe:
• 2 secular parents who want their child to be Jewish but also a full participant in the secular world while living in South Bend, Indiana
• 1 child who is very curious about the world and doesn’t feel intimidated by it being different from her
• 1 Indian family across the street with three young girls, one of whom is the same age as the child
• 1 best friend

Stir first three ingredients carefully and wait for the relationships to bloom. After ten years, move from Indiana to California. Introduce best friend into the mix. Ann is the same age as the child, who is now entering public middle school after years of Jewish day school. Ann helps this child transition because she herself has been in transition for many years. She came from Andhra Pradesh when she was young and had her friends call her Ann instead of Ananta to help her acculturate. She, like the child, has eating restrictions because she is Hindu and fiercely vegetarian. She is also equally curious about the world and similarly unintimidated by it. They become fast friends and will spend many years sharing food, culture, religion, fears, love interests, overbearing parents, a drive to overachieve and our friendship – which has stood the test of time and space.

By the end, you should have a devoted Jewish woman who can tolerate heavy spice and loves to cook vegetarian.

But this need not be the only recipe for cooking Indian food. It simply happens to be mine – and it only got me so far. I began experimenting with spice because I had eaten at Ann’s house several times and had developed a taste for spice from the Sundarum family across the street when I was a child. The real reason I cook Indian food is because I fell in love – with a cookbook.

It was my mother’s but she never used it, so it was easy for me to convince her to gift it to me. I’d be giving it a loving home. And I have been devoted to it ever since. What makes Mary Atwood’s A Taste of India (published 1969) so perfect for me is its simplicity. There are no pictures to distract me. There isn’t much text other than the bare-bones instructions for cooking. And the ingredients aren’t so challenging to find – other than asafetida powder and tamarind paste, which are rarely called for anyway. It also has a large vegetarian section devoted almost entirely to two of my favorite cooking vegetables: eggplant and okra. That being said, I am not vegetarian and her non-dairy meat recipes are equally mouth-watering.

There is really only one trick to cooking Indian food: a fearless approach to spices. There is no beating around the bush; you have to be adventurous. Instead of purchasing a ready-made curry mix, use the base spices and play with them. At all times, I keep the following spices in my pantry: turmeric, whole cumin seeds, mustard seeds, dried chilis, and ground coriander. These are the basic spices which form the base for nearly everything that I cook (and for nearly every Indian spice mix). Put them all together (and you don’t have to grind any of the whole spices – in fact, it’s almost better if you don’t) in heated oil and wait for the mustard seeds to pop. That’s when you know you’re ready to start cooking. Start with onion (chopped finely or sliced) because it absorbs the spices better. Then add your vegetables and/or protein after the onions are browned. Sautee for a few minutes and you’re good to go. Ann tells me that tomatoes help to take the bite out of turmeric, so I sometimes make a light sauce by combining tomato paste and water with the cooking vegetables.

Two of my favorite recipes are as follows:
Spicy Eggplant

Cut the eggplant in quarters lengthwise. Brown them in 4 tbsp of the hot oil. Remove from skillet and set aside. In the remaining 2 tbsp of oil, fry the coriander, chili powder, turmeric, green chili, onions and garlic for 5 minutes. Add coconut and fry another 2 or 3 minutes. Put in the lemon juice and pulp, salt, bay leaf, sesame seeds and water. Stir well. Add eggplant quarters. Cover and simmer until eggplant is very tender and sauce is thickened. Add brown sugar and mustard seeds which have been fried in a little oil until they pop. Mix well and serve garnished with coriander leaves.

*For various reasons, I have never added these ingredients and it still comes out delicious.

*I don’t add cilantro because I am kind to my husband who lacks the genetic disposition to properly enjoy it. I love it. I’m sure it tastes wonderful with it.

The one caveat to these recipes is the knowledge that I enjoy heavily spiced food. I tend to play with the spices more than the recipe suggests and Atwood tends to be a little lighter on the spicing than I prefer. If you enjoy more of a punch, then don’t follow the spice amounts exactly and add a little more.

Rebecca is a high school English teacher in the New York City public schools. She is enjoys experimenting with multi-cultural cuisine, practicing Tae Kwon Do, and reading well-written essays from her students.