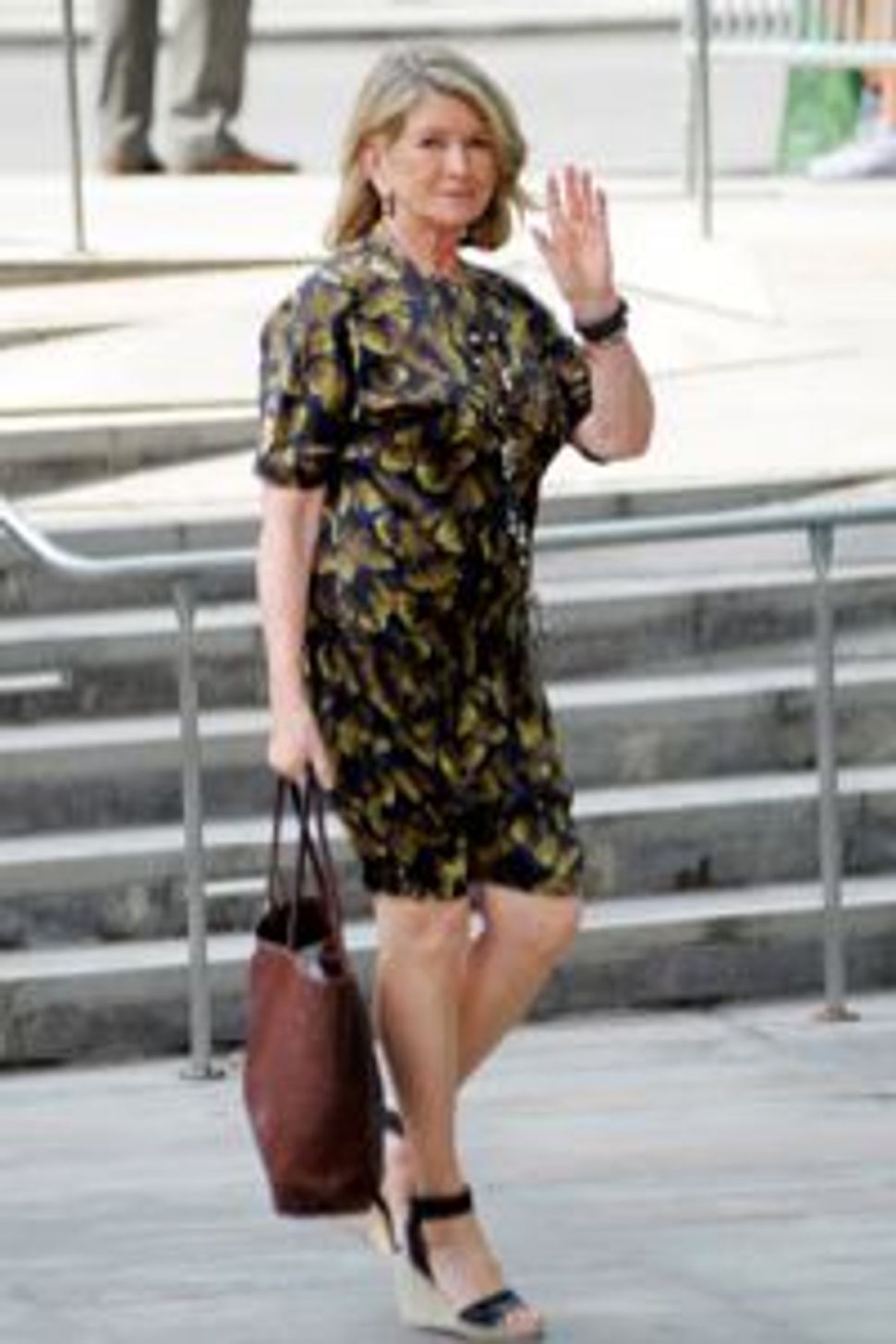 True confession: I’ve been a Martha Stewart follower since the early 90s. Her old magazines are stored in my basement and my daughters and I watched her old shows religiously. Parties, changing seasons, holidays, and projects were all sourced through our Martha lens.

So, it makes sense that when our youngest daughter, who made Aliyah this past summer and now serves in the Israeli Air Force, called with news of her engagement, wedding ideas were floating in my mind. Radio on, thoughts flying, errands ticking off the list and then I listened: Martha Stewart was on Sirus Radio taking calls from listeners, and of course, I had to phone in. I was told to hold for Martha as I pulled into our driveway.

Quickly I texted my husband, Michael, and told him to come out to the driveway. I was on hold to speak to the wedding guru herself, Martha Stewart. Now, being a hard core Hazon devotee I also let Michael know that in addition to the burning wedding questions I had I also had to tell Martha about Hazon.

Martha comes on the line. I tell her that our daughter moved to Israel, joined the Air Force, and became engaged. She and her fiancé would like the wedding in Israel. “How can we be sure that the wedding is about the kids and special for our guests that will travel a great distance to be there?”

Martha says,” First of all Mother…how do you feel about all of this?” I assure her knowingly that since she is a Mother as well I probably feel all of the very same mix of emotions that she would feel. We move right on to the Israeli wedding question at hand.

At this point any one that I begin to relay this story to has serious doubts about my choice of sources for Israeli wedding advice but have no fear. The next thing Martha tells me totally shocks me: She has, in fact, recently returned from a wedding in Israel where her nephew by marriage, married a woman whose father directs the Israel Museum in Jerusalem. Oh ye of little faith! Martha knows it all! She had a wonderful time in Israel. They stayed at the King David and traveled all over the country! They climbed Masada, they ate the most amazing food, they went to a diary farm and tasted the cheeses…

Here is the segue I was waiting for “Martha let me tell you about the Jewish environmental group that I do a lot of work with. It’s called Hazon.” We have 65 CSA’s across the country. I coordinate one right here in Cherry Hill. The Israeli bike ride sponsored by Hazon raises funds for places like the Arava Institute where Israeli Jews, Arabs, Jordanians, Palestinians, and Americans live and study together as they figure out how to share the natural resources of the area.”

I am hoping that I remember to say everything that I wanted to. I confess that I’m not positive how much of that I got out. But I really wanted to go even further and let her know that because of so much Hazon interest in the Greater Philadelphia area we’ve set up a Philly Advisory Board and we’re planning a one day food festival,” Liberty, Food, and Justice For All” this October 20th. “Oh “she suggests, “you could take your guests to a date farm”. Then I know that Martha gets me, Hazon has defined for her who I am and what is important to me and therefore she understands that our family and friends would expect to get back to nature, eat good food, go to the source of that food, and have a great time doing it! Martha….you didn’t disappoint! Now about that suggestion to contact the event planner at the King David… I’ll have to think about that one!

The next caller also had a daughter who made Aliyah and wanted to talk with Martha about Israeli food and the cookbook authors that she admires. They all began talking about how much they loved the food in Israel, how hungry they all were and then I bet they had to order in some hummus, fresh pita, and bowls of all different Israeli salads!!

Val Yasner is a former Endodontist, who studied nutrition, baked professionally and found her passion in food, cooking and all things Hazon. She coordinates the Hazon CSA of Southern New Jersey and Co Chairs the newly formed Hazon Philly Advisory Board and bikes, too!! She can be reached at [philly@hazon.org][1].