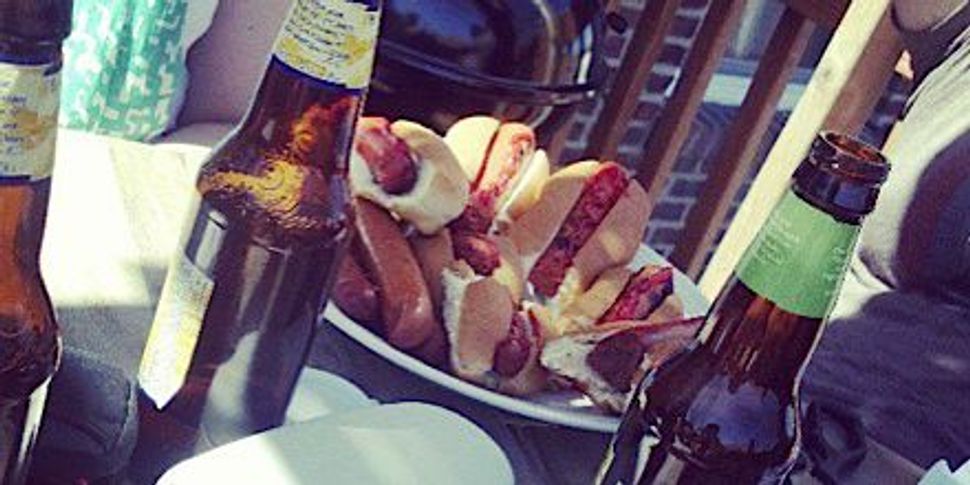 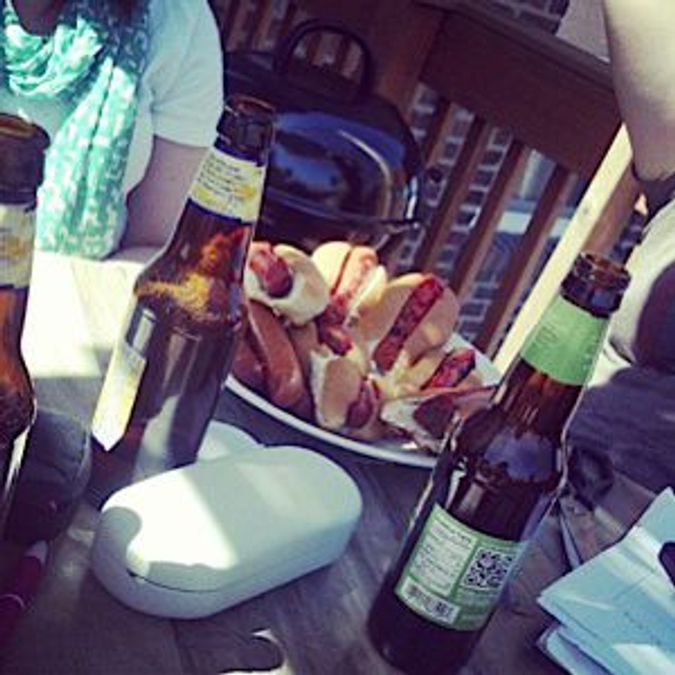 Memorial Day is almost upon us, and it’s time to dust off that grill in the garage, fire it up and lay some franks down on it. The question is, are you really honoring the freedom your American forefathers fought for if you just get the same pack of Hebrew National every time you want some kosher dogs? What kind of freedom is that?

Thankfully, we live in a world with options, and we, here at the Forward, have tried out eight different varieties of kosher frankfurters to find out which will have the guests at your next BBQ plotzing. (Oh, and don’t forget mustard to top your dog.)

Scroll down to see which dog was crowned king.

8) Fairway All American Kosher Beef Frankfurter, $4.69 for a pack of 8
Despite the supermarket’s popularity among New Yorkers, Fairway’s branded dog leaves much to be desired. The skin of the dog is chewy when cooked, without the clean, satisfying “snap” of a normal dog. The dogs also tasted highly salted and had a lemony aftertaste that detracted from the meat.

7) Real Kosher Beef Frankfurters, $4.59 for a pack of 8
Real Kosher, which primarily does private labeling for smaller chain supermarkets, presents a dog that had a decent beef flavor with a nice spiced garlic aftertaste. We ran into problems, however, with both skin (almost non-existent) and texture, which was smooth in a way that tasted very processed.

6) Hebrew National Reduced Fat Beef Frankfurters, $4.99 for a Pack of 7
The first of two entries from the kosher hotdog goliath is the “diet” option they provide, which did clock in as the lowest fat dog, at only 9 grams per wiener. However, its sodium level was higher than a number of the non-diet dogs, so let’s not call it a health food just yet. Amazingly, the flavor is not particularly hurt by the lack of fat, with a sweet and spicy finish. It only sits at this low spot in our list because of the texture, which is mushy and underwhelming.

5) Jacks Gourmet Kosher Cured Bratwurst, $7.99 for a pack of 4
We allowed this one non-frankfurter in because it has the same basic ingredients as the rest of our dogs (water, salt, beef). Also, it looked yummy. And it did not disappoint — but it is distinctly not a hot dog. It tastes like a moist and meaty pepperoni, with a strong sage flavor. It also had the most satisfying skin of the dogs we ate, with a firm snap to the initial bite and a nice meaty texture throughout.

4) Lower East Side Premium Kosher Beef Frankfurters, $5.99 for a pack of 5
Lower East Side Franks is one of the aforementioned small chain labels produced by Real Kosher. The company is clearly giving away the good stuff, because while this variation did struggle with the same texture issues that the Real Kosher dogs did, their flavor was terrific, among the best of the group. Each bite had a nice blend of the hot dog trifecta (sweet/spicy/smoky) with a lovely meaty aftertaste.

3) Hebrew National Bun Length Beef Franks, $4.99 for a pack of 7
The standard held up well against its competition. What it lacks in the outstanding qualities of the other dogs (spice, texture, etc.) it makes up in its innate dog-ness. Perhaps because of its ubiquity in Jewish culture, a Hebrew National frank simply tastes like what a hot dog should taste like. There may be tastier options, but that may not matter to your taste buds’ memories.

2) Aaron’s Best Beef Franks, $6.99 for a pack of 8
The battle for the top spot was a tough one, with Aaron’s falling to a close second. This frank has a crisp bite, luxurious meaty flavor, and subtle smoky aftertaste. It only gets dinged for a slight lack of texture in the body. Still, it is an excellent option.

1) Abeles & Heymann Beef Frankfurters, $5.99 for a pack of 8
The “top dog” (oy) is Abeles and Heyman’s spectacular beef frank. It is the kosher dog of choice for both the Yankees and Mets, and upon tasting them it is clear that is no coincidence. Juicy and meaty with a crisp bite, an overt rich beef flavor, and a sweet garlic finish. Any Memorial Day with these on the grill will be a good one.