The Next Generation of Challah 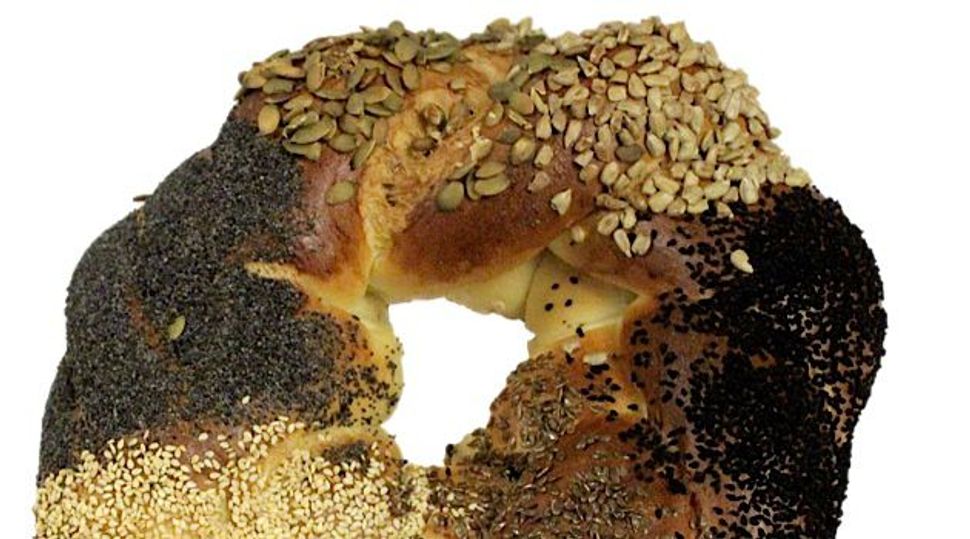 People tend to get cultish about challah. Ask a group of friends where to find the best ritual Sabbath bread, like I recently did on Facebook, and within minutes a torrent of impassioned odes to various bakeries will flow forth.

The success of these bakeries — like The Challah Fairy and Silver Moon Bakery in New York; Four Worlds Bakery in Philadelphia; Cheryl Ann’s in Brookline, Mass., and Ricki’s in Memphis, Tenn. — lies in their ability to craft superlative versions of the puffed, egg-enriched loaves we have come to know and love. “Ricki’s is so good that a former Memphian who now lives in New York has them shipped on Thursday mornings,” my friend, and Memphis-native, Nancy Lipsey told me.

In recent years, however, some bakers have begun to break away from the traditional challah mold — one that dates back to the 15th century, when Ashkenazi Jews from Germany and Austria started baking braided challah inspired by a popular Teutonic solstice bread. (Before then, bread blessed and eaten for the Sabbath did not have particular physical characteristics.)

Many centuries later, some contemporary bakers are switching up challah’s shape yet again. They are also playing around with unexpected flours and seeds, and experimenting with flavor combinations to create breads that stand apart, even among the crowded field of favorites. These out-of-the-box challah bakers are part of a larger artisan bread revolution taking over the country’s bread baskets. Despite the low-carb craze from a decade ago, and today’s increased awareness about sensitivity to gluten, they have tapped into customers’ deep adoration of all things starchy, and are responding in turn with beautiful, innovative and high-quality loaves.

Starting this Rosh Hashanah, Breads will offer a wreath-shaped version of the multi-seeded challah, along with a small ceramic bowl baked in the center to hold honey. Scheft’s inspiration came from an exhibit on sacred breads that he saw at a museum in Jerusalem. “There was a challah from Italy in the exhibit that had a similar tin bowl meant for holding salt,” he said. “I liked the idea of using clay instead, which, like, bread, is formed from the earth, kneaded and fired in an oven.”

Five miles north of Breads, Hot Bread Kitchen, a New York not-for-profit bakery that trains and empowers low-income bakers and specializes in ethnic breads, makes a spiral-shaped, spiced challah for the month around Rosh Hashanah. “It is inspired by the Jews of the Mediterranean,” communications and development director Molly Crossin said. The bakers borrow from the Sephardic custom of adding spices to bread and knead a mix of caraway, cumin and sesame seeds into Hot Bread’s challah.

Also in New York, Las Delicias, a kosher bakery that sells bread and pastries at the greenmarkets and at a few upscale groceries around the city, offers multiple brioche-style challahs baked with locally sourced flour milled by Lancaster, Pa.’s Daisy Organic Flour. Owner Deborah Brenner, an Argentinian Jew with Italian and Ashkenazi ancestry, said her baking style and embrace of flavor — like her challah studded with golden raisins and dusted with a streusel topping, or dotted with pearl sugar — are influenced by her myriad backgrounds. “Everything I bake, including challah, looks like something customers know,” Brenner said. “But then they bite in, and there is this element of surprise.”

These challah innovations are not specific to New York. Earlier this year, Butcher & Bee, a bakery and sandwich shop in Charleston, S.C., partnered with the specialty grain company Anson Mills to make a challah using an heirloom rice variety called Carolina Gold. “Traditionally in South Carolina, there was plenty of rice around, so people made bread out of rice flour or cooked rice,” Butcher & Bee baker Tommaso Damasco said. Butcher & Bee attempted the latter, folding cooked rice into classic wheat challah dough. The plump rice grains enriched the tender loaves and, according to Damasco, “helped keep the bread very moist.”

Originally developed for a dinner hosted by Anson Mills, the bread was a hit with diners. “I have never tried such a toothsome, delicious challah,” said Mitchell Davis, executive vice president of The James Beard Foundation. “It had a great pull-apart quality, too. Not surprisingly, Damasco said his bakery plans to add rice challah to its weekly baking repertoire next winter or spring.

In Los Angeles, restaurateur Alain Cohen caused a local stir when he started selling pretzel challah at Got Kosher? his restaurant and takeout company, in 2008. The Tunisian-native moved to France with his family when he was a child, and grew up eating his mother’s traditional Tunisian-Jewish cooking and working in his father’s restaurant in Paris. After moving to Los Angeles as a 20-something to pursue a filmmaking career, he soon realized food was his true calling. He worked at several different restaurants, including Nancy Silverton’s award-winning bakery, La Brea. He launched Got Kosher? in 2005. Three years later he introduced the challah that, he said, “put us on the map.”

“I had seen pretzel croissants at other bakeries, and got inspired to try the same idea with challah,” he said. The resulting challah is tender inside, with a deep bronze crust that has the distinctively chewy feel of a soft pretzel — traits achieved by briefly immersing the challah in a strong baking soda solution before placing it in the oven. Cohen, however, stops short of topping his pretzel challah with the typical coarse salt. He also offers innovative fillings and toppings, including a loaf studded with chunks of dark chocolate, another with kalamata olives and rosemary, a third with fennel seeds, and a golden challah colored with turmeric and filled with chopped dried fruit and nuts.

For Rosh Hashanah, Cohen goes back to his roots, forming a hand out of dough and placing it on top of a round, honey-glazed challah filled with chopped apples. “It is a Tunisian custom on Rosh Hashanah to make challah with the image of a hand,” he said. “It represents someone reaching out for God’s mercy.” Cohen’s next trick: gluten free challah. “I am very close to having a workable recipe,” he said. For challah lovers, these words — and the innovative energy swirling around Jewish cuisine’s most timeless bread — are exciting, indeed.

Uri Scheft’s Challah
Recipe courtesy of “Bread at Home,” Scheft’s cookbook, which is currently being translated into English.

1) Add water to the bowl of a standing mixer fit with a dough hook attachment; crumble in the yeast.

2) Add the flour, 2 eggs, sugar, salt and oil, and mix at low speed for 4 minutes. Increase speed to medium, and continue to mix until a soft, smooth dough is formed, about 5 minutes.

3) Transfer dough to a lightly floured work surface, and roll into a ball. Place dough ball in a lightly floured bowl, cover with a kitchen towel or plastic wrap, and let rise until almost double in volume, about 40 minutes.

For a special Rosh Hashanah braid, follow the video above, for a regular Shabbat braid, continue with step #4.

4) Gently punch down dough, and use a knife to divide it into 3 equal parts. Divide each part into 3 parts. (There should be 9 in total.) Roll each part into a 10-inch-long cylinder. Braid dough, 3 cylinders at a time, into 3 braids. Place the braided challahs on a large, rimmed baking sheet lined with parchment paper. Cover with a kitchen towel, and let rise for 35 minutes.

5) With 15 minutes left until the second rise is complete, preheat the oven to 425 degrees. Beat the remaining egg in a small bowl; gently brush the challahs with the beaten egg and generously sprinkle with sesame and poppy seeds. Bake until golden brown, about 25 minutes. Remove from oven, and let cool.

Leah Koenig is a writer and cookbook author who contributes a monthly column on food. Her new book, “Modern Jewish Cooking,” will be published in 2015. Contact her at ingredients@forward.com.

The Next Generation of Challah