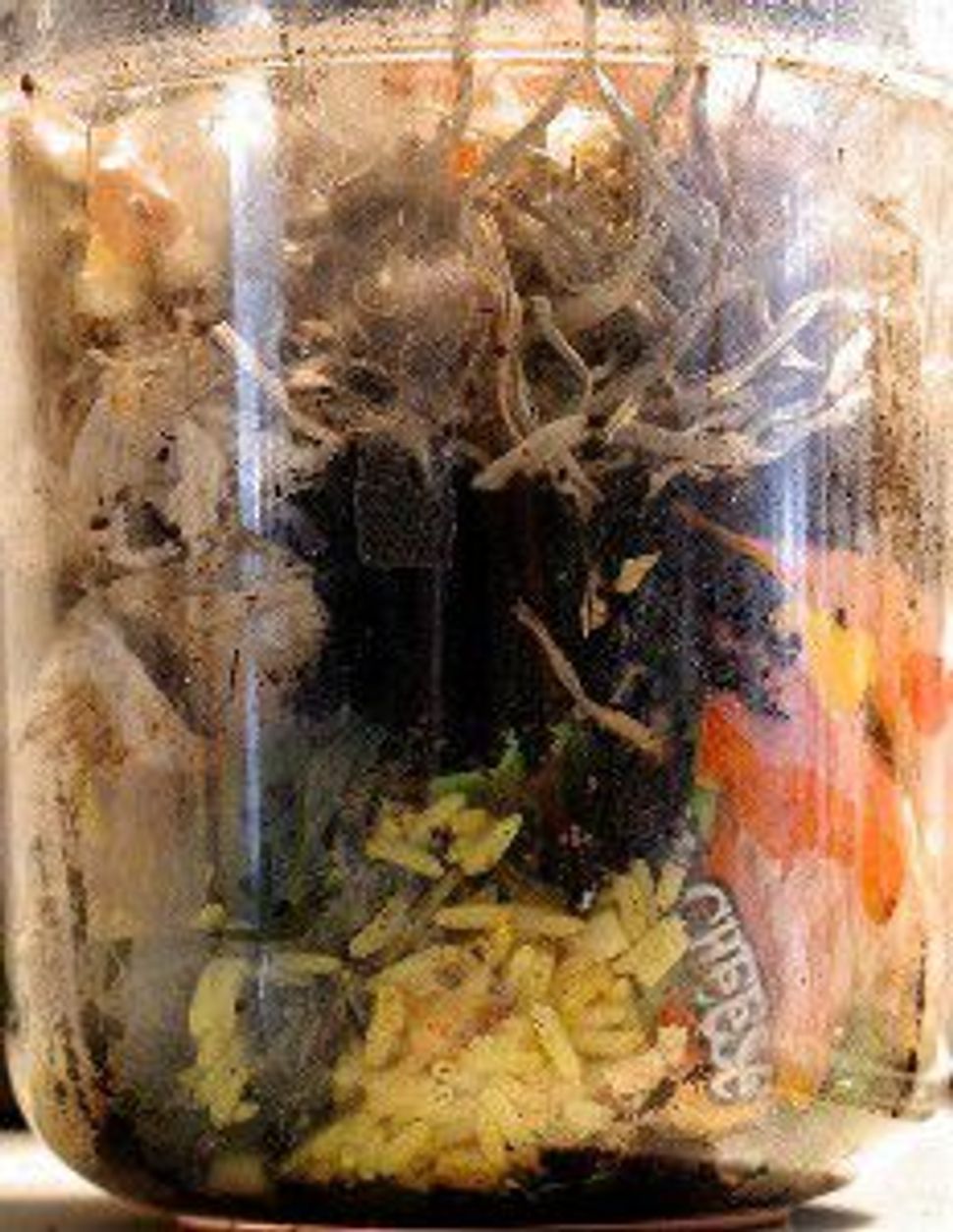 After spending this past summer working on an organic farm I became enamored with composting. It is a way of giving old food new life and it’s the great equalizer of all food – whether delicious or not, healthful or not, expensive or not, or organic or not, it all decomposes and becomes part of the same soil.

This summer I also became, rather late into the movement, an advocate of buying organic. I came to see it as a way for individuals to take a step toward the goal of creating and living out a more sustainable food system where both people and resources are valued. As a result, I began to view conventional agriculture’s use of pesticides as a distinct inhibitor to achieving this kind of system.

These two values, composting and investing in organic endeavors, recently came into conflict with each other when I read this blog post written by a vegan about the animal byproduct inputs used by organic farmers to grow vegetables. She writes, “On the one hand, I support environmentally sustainable farming practices, including limiting our reliance on petroleum. On the other hand, fish emulsion may be a sustainable by-product, but it’s a by-product of an industry that I don’t support.”

Basically, she wishes the fish industry, at least in the way it currently functions, didn’t exist. As a result, she was dismayed upon discovering that some organic farms, organizations that she thought were supporting her goals of moving the world away from the animal-based systems that she doesn’t agree with, actively rely upon these very industries that she thought they were helping drive into obsolescence.

This same thought process applies to compost – as part of the decomposition process, the heat and microorganisms generated by the compost pile break down all the organic matter into its essential components and kills off all of the problematic bacteria, so that none of the harmful chemicals remain in the soil. Thus, even if the compost is equally helpful to the crops regardless of the type of produce in it, are there still negatives to using compost comprised of conventionally grown produce? Does doing so undermine the work toward creating a more sustainable agricultural system? In short, does it matter what goes into the compost?

On one hand, perhaps it does matter: As a result of the conventional products in the compost, organic farmers are directly benefiting from the industries to which they are an alternative. The same institutions that are undermining their livelihood and standing in direct opposition to their worldview are providing them with major necessary inputs for growing their crops. In a broader sense, by accepting conventional produce into our compost are we simply resigning ourselves to the existing system?

And yet, perhaps it doesn’t matter. If the goal is to be conscious of resources and reduce our waste output as much as possible, composting – in any form – serves that goal.

I would like to acknowledge that in some ways, this entire discussion is frivolous. Clearly we shouldn’t let anything that we can easily recycle or repurpose go to waste. Moreover, this discussion does not account for the reality of how few people and institutions compost, how few people can currently afford or access organic food, or how many more would be barred should the prices of compost increase or the accessibility decrease. Additionally, it is nearly impossible to live up to one’s ideal food values all the time, with regard to either nutrition or organic, free-range, etc. – both in terms of affordability and human nature.

In another sense, though, having this discussion is inherently part of what it is to engage with Jewish tradition: questioning the rules and systems that shape the world in which we live; parsing the values that underlie them and the purpose they serve; determining the relationship between these ideas and our lives in the modern world; understanding what we’re working toward and delineating ways that our actions can help us get there. Just as halacha and Jewish values set a bar higher than we can realistically reach and yet we allow ourselves to believe in them and continue striving toward them, so too do our visions of truly sustainable food systems. We can approach these conversations without elitism or detachment by believing our actions make a difference in the world and examining every aspect of our production systems – smelly vegetables included.

Lauren Greenberg graduated from Tufts University with a degree in English and is now a Program Fellow at Hazon. She feels invested in grey-water systems, the intersection of women’s issues and food, and keeping up with the most recent Modern Love column in the New York Times.