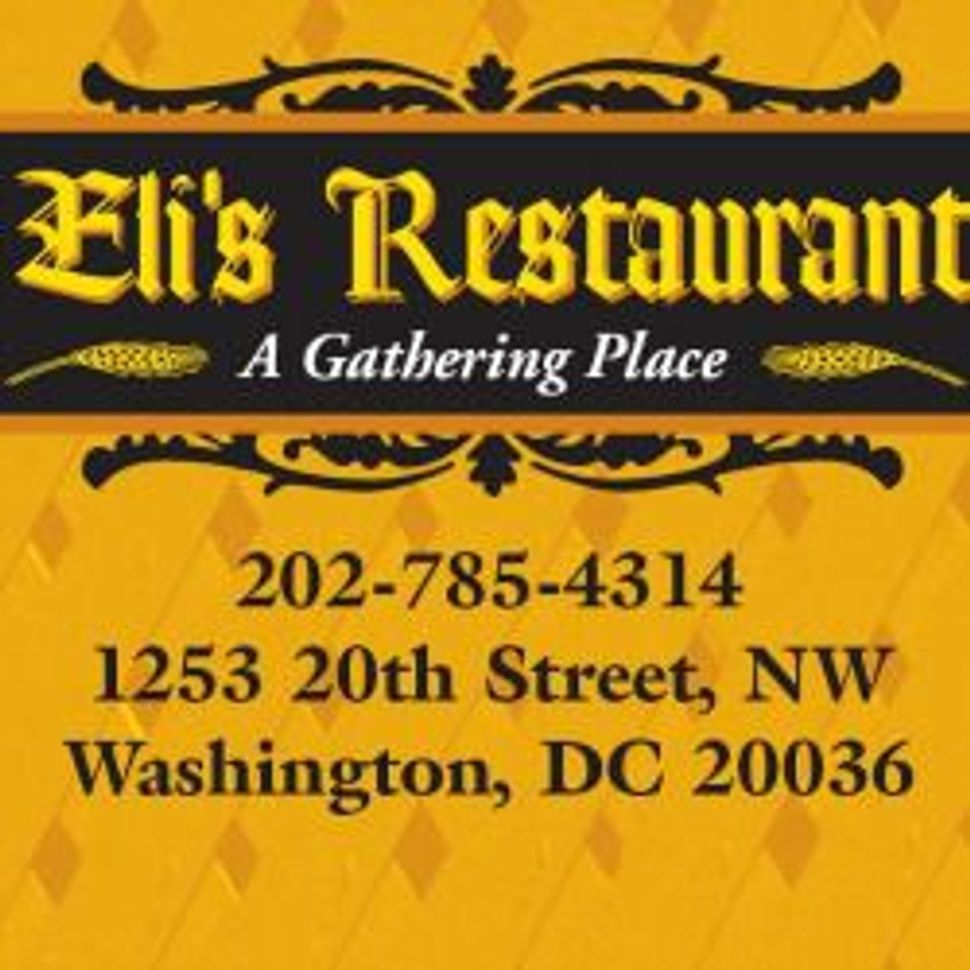 WASHINGTON — Eli’s Restaurant, a popular kosher eatery in Washington D.C., frequented by politicians, lobbyists and government workers, may have a date with the wrecking ball.

According to a petition being circulated on Change.org, its “current storefront will be demolished as part of a redevelopment plan.”

The petition, which had 100 signatures as of Tuesday, wants the owners to know “how important it is that they find a new location in DC and continue to serve the downtown Jewish community.”

The restaurant has been serving corned beef sandwiches, hamburgers and soups at its location near DuPont Circle, at the southeast corner of the intersection of N and 20th streets, NW, since 2004.

Efforts to speak with the restaurant’s management were unsuccessful.

At least one other kosher eatery is open in downtown Washington — in the local JCC.