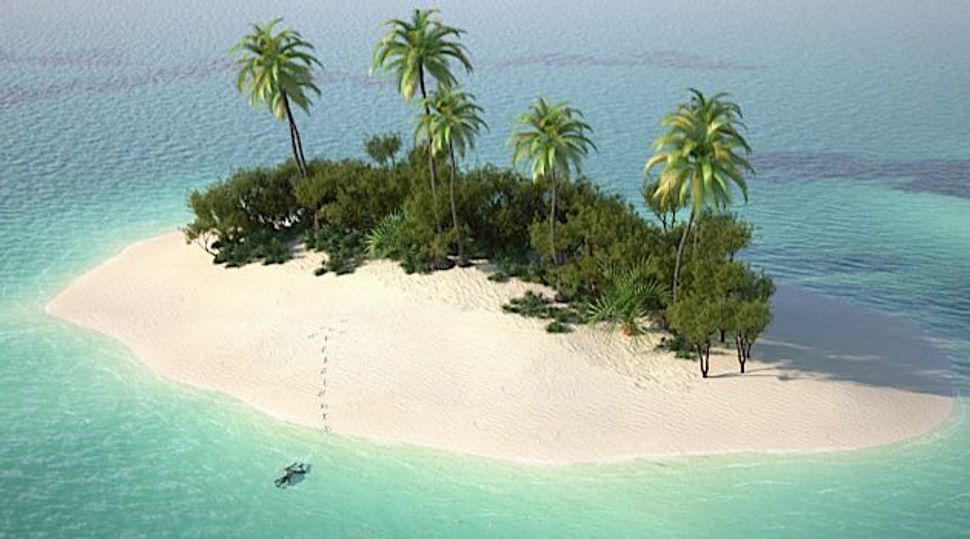 What is your ultimate Jewish meal? Imagine you are on a deserted island: what Jewish foods — Ashkenazi or Sephardi, home cooked, or from a restaurant, nostalgic or nouveau — would you want to nosh on? We asked some of our favorite food luminaries what their last Jewish meal would be and were delighted by their reverential, mouth-watering and often hilarious responses. Some of their must-have lists read like novels, others like poetry — but all spoke of the deep, undeniable pleasures of Jewish comfort food.

What’s your ultimate Jewish meal? Tell us in the comments!

There’s no question that my last meal (Jewish or otherwise) would be an offering of gossamer-thin slices of fatty, marbled smoked salmon topped with a mound of gently-stirred soft scrambled eggs mixed with goat cheese and chives. It’s my husband’s version of lox and eggs that he makes for me every birthday-in-bed. Next course? A steamy bowl of cabbage and noodles that my beautiful Jewish Hungarian mother and I would share together in heaven. Amen.

My last meal would be Italian! But my next-to-last meal would be a large pastrami sandwich from Katz’s, an oniony potato knish, and cabbage cooked in butter until it becomes golden, then tossed with more butter and egg bow tie noodles. It’s not a kosher menu, and it’s pretty heavy, but who cares if you’re dying. Oh, yes, my final taste would be Dr. Brown’s Cel-Ray soda to wash it down. Then again, I would really love a last taste of stuffed cabbage too. And cheese blintzes with sour cream.

To start: a chopped liver schmear, full sour pickles, and pickled herring with onions. Next up: chicken soup with schmaltzy matzo balls (not too firm or too soft) or homemade Passover noodles (egg and potato starch crepes hand-cut into noodle shapes), which I grew up loving. The main course would be a slow roasted breast of veal garnished with caramelized onion marmalade (I like to pick over the bones and long cooked cartilage), toasted egg barley with fresh and dried Polish mushrooms, fresh asparagus, and homemade apple/raspberry sauce. This is a menu my grandmother Goldie or my mom Lila might have prepared.

Mitchell Davis
Executive vice president of the James Beard Foundation and author of “Kitchen Sense: More than 600 Recipes to Make You a Great Home Cook”

Easy question. It is basically the same meal I make for all of the holidays. It would be my matzo ball soup, brisket, kasha varnishkes, perhaps Jewish spaghetti, Russian sour cream cake, and mandelbrot. I once said to my husband Nate, a palliative care doctor, by the way, that he had better learn how to make my mother’s mandelbrot recipe because if they tell me I am going to die tomorrow, I want to eat those cookies until I am gone. As for the Jewish spaghetti, it’s a dish of elbow macaroni, tomato sauce, butter, a little sugar, and salt that we always made and called Jewish spaghetti. I thought it was a general term, not a familial term. But I once referred to the dish with that name in class in elementary school and of course everyone thought I was crazy.

Joan Nathan
Food writer and author of “Quiches, Kugels, and Couscous: My Search for Jewish Cooking in France”

Most people would say, “Last Jewish meal? I want it catered!” But that’s not for me. Cooking is my thing, so I would start with a chicken liver sculpture with lots of onion confit. Then I’d scoop some kosher salt from the sea and make really tasty sour kosher pickles. Brisket for four, or maybe 10 — its always good to have leftovers. And to top this meal off, a good chocolate babka. After all, (unfortunately), I eat every meal as if it were my last.

Poopa Dweck
Author of “Aromas of Aleppo: The Legendary Cuisine of Syrian Jews”

My last meal would begin with kubz (pita bread), which is sacred and nourishing. Imbid (wine) is next, sanctifying Shabbat, holidays, and all that is holy. I would showcase the vegetables and sweet-and-sour flavors of Aleppian cuisine with mehshi kusa (stuffed zucchini) with a meat and rice filling, apricots and tamarind sauce. I’d have a dish of rice and fassouli (Great Northern beans). To balance the plate, salata shawki (raw artichoke salad) with an olive oil, lemon, and cumin dressing. For dessert, historic banjan helou (candied baby eggplants) in fragrant syrup, which is traditionally served at engagement parties.

In my family, Judaism is more about the deli than the shul. I should probably invent some fabulous kosher Mexico City feast, or mention this Hanukkah’s meal of latkes and brisket lacquered with the fermented Korean chile paste *gochujang, but I am going to have to go with the all American deli meal: schmaltz herring, thick, hand-cut pastrami on crisp-crusted seeded rye, kosher dills and pickled green tomatoes, crinkle-cut deli fries extra-well-done, a chocolate egg cream with extra seltzer on the side, and maybe a small bowl of kreplach soup. Is it time for lunch yet?

Give me one last graze with all of the great appetizers and noshy things including all kinds of smoked and pickled fish, chopped liver, hummus, even some different styles of haroset. Perhaps these dishes could even arrive on trays and carts like dim sum. I know it’s a Jewish last supper, but maybe someone could sneak in some Dungeness crab or a few soup dumplings?

My ultimate Jewish meal is going to happen later this year. In time for our 100th anniversary, we are opening the Russ & Daughters Café. I have dreamed of that night for years — we will gather with friends, family, and customers and feast over plates of smoked fish, herring, and caviar. We will shout toasts over schnapps. The fantasy would be complete if my great-grandfather, Joel Russ, and his three daughters could be there. Joel and his middle daughter are long gone. The two remaining Russ daughters, my grandmother Anne and great aunt Hattie are 92 and 100 respectively, and don’t travel beyond their shtetl in Florida. But it would be great for them to see what has become of their life’s work!

Since it’s a last meal, I don’t need to worry about calories and cholesterol. Plus, under the circumstances, getting drunk seems like a good idea. So: good oily matjes herring with sliced red onions and sour cream, chopped liver with gribenes on a thick slab of challah, gefilte with oodles of chrain, fried kreplach with potatoes and fried onions, and a nice crunchy pickle. And chilled vodka.