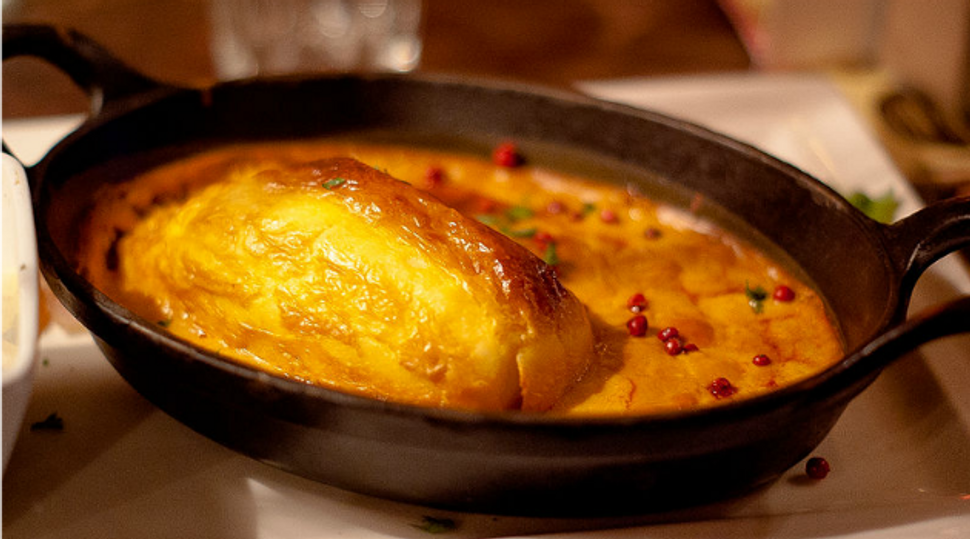 The first time I heard that Dieudonne M’Bala M’Bala had adopted the “quenelle” as his trademark, my first thought was that the controversial French comedian had a strange affinity for fish.

That’s because a quenelle, in my mind, refers not to an anti-Semitic inverted Nazi salute, but to a delicious dish from the south of France. A specialty from Lyon, the quenelle is a dumpling-like mixture of minced fish (usually pike) or meat, combined with breadcrumbs, seasoning, butter and eggs, then rolled, poached and served with sauce (often lobster or crayfish-based, replace with dill or red pepper sauce for a kosher alternative).

Sound familiar? It probably is. Jews may recognize the dish as a lighter, fluffier and more upscale version of a little something known as gefilte fish.

In fact, restaurants trying to take Jewish comfort food up a notch often end up with quenelle on the menu (case in point, Kutcher’s Tribeca in New York).

Even the Anti-Defamation League sees the similarities between the two: in a statement denouncing the anti-Semitic gesture, the quenelle was referred to as “sort of a French version of gefilte fish.”

Comedian Dieudonné M’bala M’bala is credited with creating and popularizing the gesture now known as quenelle — described by Wikipedia (the source of all knowledge) as “a gesture which is performed by pointing one arm diagonally downwards, while touching that arm’s shoulder with the opposite hand” — in 2009 as part of the elec­toral cam­paign of his Anti-Zionist Party.

But the word didn’t make headlines (or Google) until 2013, when a French soccer star Nicolas Anelka, a player for the British team West Bromwich Albion celebrated a goal with the gesture, which he called “anti-establishment” rather than anti-Semitic.

That’s a lot of hidden meaning for one little plate of fish.

Don’t let the haters put you off — try it! Recipe here.