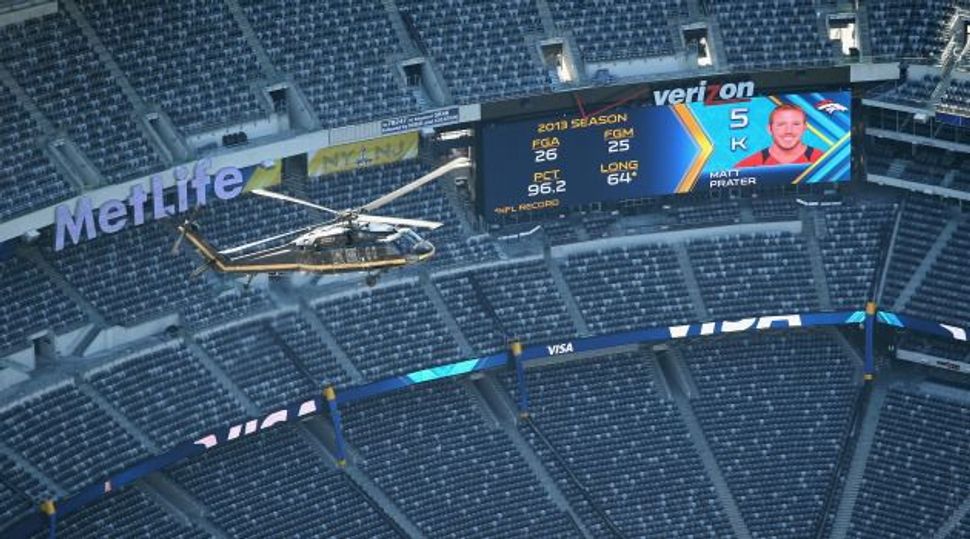 If you have tickets for the Super Bowl at the MetLife Stadium this Sunday, and you’re planning to munch on some kosher snacks while watching the battle between the Seattle Seahawks and the Denver Broncos, you’d better bring some extra cash: This stuff’s not cheap.

As the Forward reported, this year’s event is likely to be the most kosher Super Bowl ever. A significant number of the ticket holders for the 82,000 seats are expected to be Jewish; the stadium features a praying area — and a solid selection of kosher food.

But it comes at a hefty price: The kosher caterers charge $13 for a turkey or chicken wrap, $13 for chicken wings and $11 for a hot dog with chips (Hebrew National, of course). And don’t forget to tip! If you want to save money, we recommend a knish: The dough snacks go for $6 per piece.

After shelling out $1,000 (at the very least) for a ticket, $13 for a wrap might actually seem a bargain. If not, you could always bring your own food.