What To Watch at San Francisco’s Jewish Food Film Fest 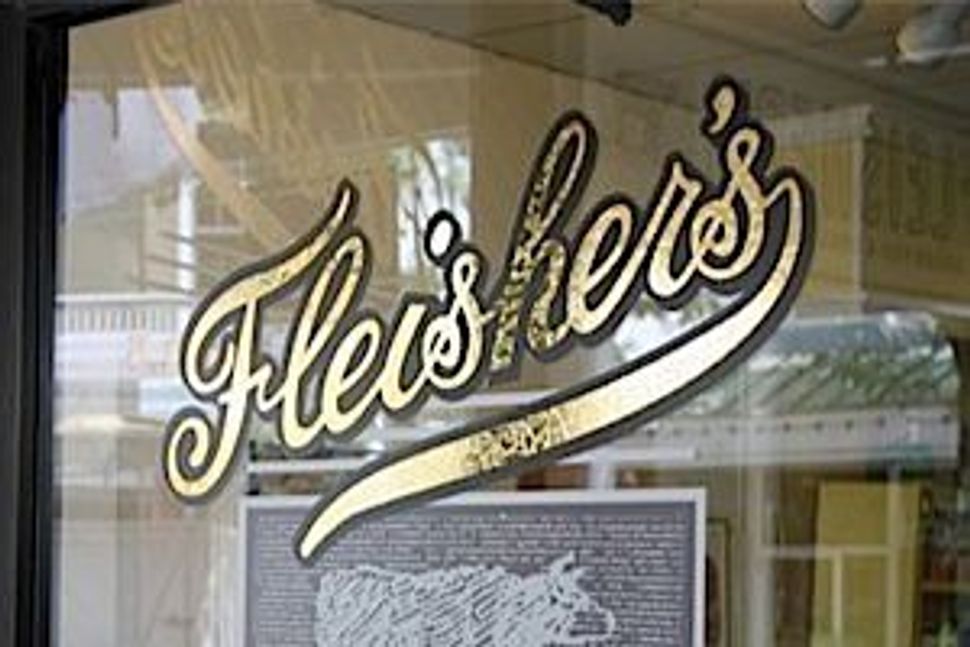 If you’re very squeamish, or if you believe that Jews should eat only kosher food, then the film “Meat Hooked!” is not for you. Otherwise, you’ll find it an interesting cinematic study on the renaissance of the art of (non-kosher) butchering.

Filmgoers will have a chance to catch a screening of the 2012 documentary as part of a food-focused film marathon at the Jewish Community Center of San Francisco on March 9. The other films to be shown are Trever Graham’s “Make Hummus Not War” and Ari A. Cohen’s “Falafel! Give Peas a Chance.”

Of late, there has been plenty of talk about organic and sustainable farming, pasture-raised cattle, and nose-to-tail restaurant cooking, but few of us actually watch how an animal gets from the field to the plate. “Meat Hooked!” provides more than just a passing glance at the process. It ain’t a pretty sight, but it’s eye-opening in many ways — not only for what we learn about how a carcass is carved up, but also about what drives certain people to want to wield a cleaver day in and day out.

“This is a film about meat. And about the rise and fall and rise again of butchers and butchering,” says director Suzanne Wasserman in the voiceover for the introduction to the film. Wasserman is director of the Gotham Center for New York City History and an expert on the history of Manhattan’s Lower East Side.

That is where she met Jeffrey Ruhalter, a fifth generation master butcher at the Essex Street Market. When Wasserman began filming in 2009, Ruhalter’s butcher shop (which shuttered since the film came out) was the only original tenant of the market that remained standing in the 21st century and was the subject of Wasserman’s doctoral dissertation.

“I was hanging out with Jeffrey and realized there was a bigger story here,” the director told The Jew and the Carrot. Through food historians she knew, the filmmaker found two other butchers to focus on: Jacob Dickson, who operates the new Dickson’s Farmstand Meats at Chelsea Market, and Joshua and Jessica Applestone, who own Fleisher’s Organic and Grass-Fed Meats in upstate Kingston, New York (it now has a second location in Park Slope, Brooklyn).

Notably, all of these Jewish butchers are descendants of kosher butchers. Ruhalter is the only one who expresses any Jewish guilt about working with and selling pork — and even he doesn’t seem genuinely pained by it.

The explication of the complicated Jewish relationship with treyf meat — especially bacon — is left to an interview with late author David Rakoff. “When Jews stopped being simply a religion, part of that was they replaced religion and liturgy with was psychoanalysis, jazz, expressionism in painting…these were all things that came rushing in to the void that religion left. All the migrations, all the social movements, all that utopian thinking…All of that is inherently part of what it means to be a secular Jew,” he says.

“And if you boil all of that down and turned it in to a physical manifestation, a kind of an actual relic, like a piece of the true cross, but you could eat it and it was really delicious — that’s bacon!”

While “Meat Hooked!” could have benefitted from sticking to this central theme, much about animal slaughter and butchering would have been left out. Interviews with apprentice butcher Julie Powell, author of “Julie and Julia” and “Cleaving” (which analogizes butchering to having sex), Moe Albanese, an old-time Italian American butcher, current Manhattan meat packer, John Jobaggy and others serve to flesh out the narrative.

For Wasserman, there are many takeaways from making this film. Among them is the understanding that a butcher is by nature a small businessman and a people person. In fact, she finds butchers to be much like surgeons.

“A lot of people would call up their butcher and ask them questions about meat. They’d have these complicated conversations over the phone. The butcher was like a doctor. It’s about the relationships,” she explained.

Wasserman also learned that, despite the gusto with which butchers cut up carcasses, they are actually moderate when it comes to carnivorous eating.

“It’s okay to eat meat, but we should eat less of it,” she said. “Butchers even tell this to their customers.”

What To Watch at San Francisco’s Jewish Food Film Fest