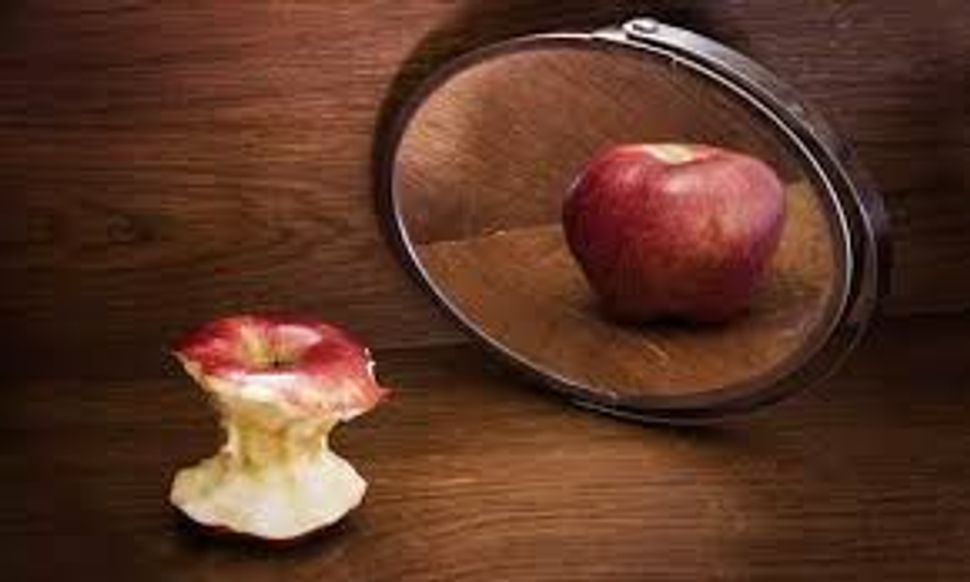 Image by Courtesy of: Santy Ago

The first time I admitted to myself that I had an eating disorder was after watching a film describing eating disorders and the Jewish Community called “Hungry to be Heard.”

Until that point I was lost. I became a shadow, a nothing person who craved solitude and lived by counting. It had been 4 months since my official diagnosis with Anorexia and my life had become a series of doctor appointments, forced meals, and nights alone in my room. I had once been a vibrant, confident young woman and soon became a shell, slowly chipping away.

In the onset of my illness I did not believe that I had a problem. Even through nights of fearing for my heart, I did not believe that the behaviors I was using would ever result in harm. Why would I when I had a menacing voice in my head, ebbing me to continue restricting and isolating, reassuring me that I was invincible. Over the months it became evident that there was a problem, but I could not connect to it. The first time I was able to truly acknowledge my eating disorder was in the light of seeing that I was not alone.

After viewing “Hungry to be Heard” I told my parents… “I need help.” I knew that there were trickles of individuals who had suffered from an eating disorder in the Jewish community, but it was never really spoken about. It was never made to be a disorder; it was something spoken about in hushed tones. For the first time I felt that I wasn’t a leper in my community, that this was understood by some and experienced by many – and that was one of the biggest keys to my being able to ask for help.

The step of asking for help is different for each person – it may come within weeks it may take years, and it is triggered by different events or situations. But my personal situation led me to the conclusion – years later – that if I felt alone in my Anorexia within this community, perhaps I was not the only one. Since my recovery I have made it my mission to provide support to the Jewish community with regard to eating disorders. Not because I wish to tell my story and inspire others – my story may provide help and inspiration, but this is greater than me. In reality, one goal of mine is to wake up the Jewish community – as large as our community is – to the true nature of an eating disorder, and teach what can be helpful and harmful in the context of this illness.

An eating disorder is a psychological coping mechanism. It is not a choice. It is not a phase. And it is not to be joked about.

An eating disorder develops over time as a result of a combination of factors which can include genetics, temperament, family dynamics, childhood events, trauma, pressures, insecurity, negative feelings…etc. One does not have an eating disorder as a reflection of his/her desire to be beautiful or as a desire for attention. Rather the person is suffering and the eating disorder swoops in as a “friend” to this person. It becomes an unhealthy voice that encourages the self-loathing and negative thinking. To understand this is vital. To know that an individual suffering is in distress is the first step toward our understanding the nature of eating disorders and how we can help. Additionally, Judaism values keeping one’s body healthy at all costs. We believe in a Higher power and the value of community, while also having many traditions revolving around food. There can be difficulty for those struggling within the Jewish community, relating to our culture, but there are also inherent strengths; the value on nourishing the soul, on protecting one another, and on the support that the tight knit community can provide.

While the symptoms of an eating disorder present themselves as being obsessed with food, weight, appearance, etc. this is not the underlying issue with which the person grapples. S/he is not truly dying to by thin. S/he is dying to be loved, cared for, validated, confident – among many other things. To mistake the food as the true issue is to mask the true nature of an eating disorder. By the same token, the person must be treated for his/her relationship to food and the body because of the consequences that an eating disorder can bring to one’s health.

Once the person has begun re-feeding or weight stabilization, the various forms of therapy begin where the person learns what the purpose the eating disorder serves and what s/he must do to begin the difficult and painful road to recovery. The processes of re-feeding/weight stabilization can occur on multiple levels including outpatient therapy and nutrition, partial hospitalization/day program, or higher level of care including inpatient/residential.

The road to recovery is not quick and swift. Once a person discharges from a program s/he is not “cured.” But a full recovery is possible; and it is worth it.

Living a full life without numbers and weights, without doubts and self-loathing is liberating. I am no longer shackled to any form of an eating disorder and am a testament that a recovery is possible. I suppose you can say that I’ve given you the nutshell version of Eating Disorders 101. I believe that to foster a better sense of awareness within our community – which is foodie in nature – we must have this knowledge in our back pocket and overall understand that an eating disorder is serious and is an illness, but that one can recover.

Temimah Zucker is currently a graduate student at the Wurzweiler School of Social Work. After recovering from her own battle with Anorexia Temimah immersed herself in the field of eating disorders. Her work includes: public speaking on eating disorders, body image, and self-esteem, working as a milieu counselor in an outpatient treatment center, working as a mentor with individuals in recovery, and creating Tikvah V’Chizuk, a non-profit – with the help of Presentense – to provide support to the Jewish community with regard to eating disorders.