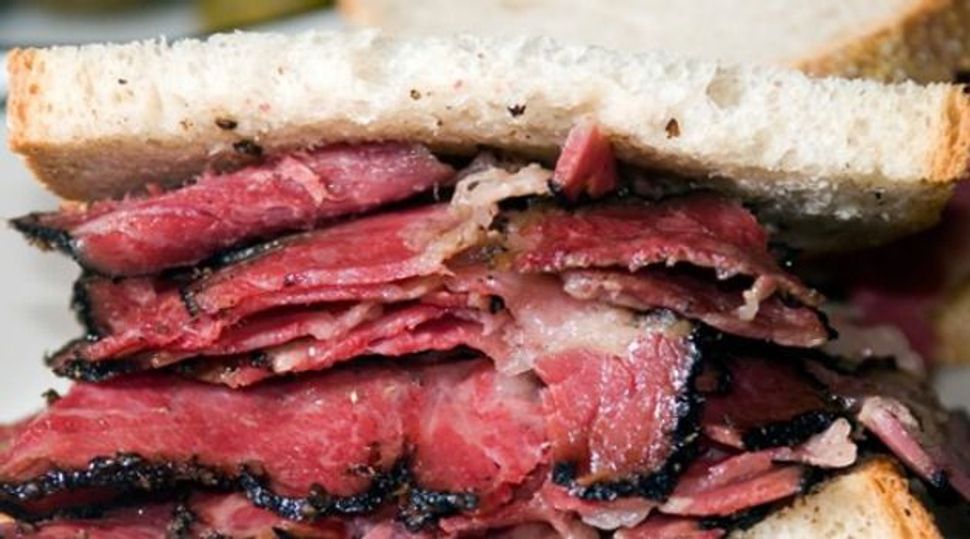 The owners of the iconic eatery on W. 38th Street in Manhattan’s Garment District were overwhelmed with panicked calls this week after Crain’s New York Business reported Ben’s is “pondering the unthinkable” and might “break with tradition to reduce costs” as it expands beyond the New York metro area.

“It’s a headache,” a person who answered the phone at Ben’s Manhattan business office told the Forward. ”People are calling to see if we’re giving up our kosher certification, which we have no intention of doing.”

With a mix of bemusement and frustration, Ben’s founder Ronnie Dragoon told the Forward that Crain’s reporter Lisa Fickenscher had actually asked him what he would do if kosher fabricators and processors went out of business.

“My response was that if they are no kosher fabricators or processors, I’d have no alternative but to look elsewhere,” Dragoon said. “But she took the intention away from the answer.”

Confusing readers more, the Crain’s piece noted that a chef who’d come in to audition for a spot at Dragoon’s new Westchester location —  slated to open in August — had presented a tasting menu that included a bacon-and-cheese dish.

“The chef had made up a menu for us, so there was a list of ten ingredients, including bacon and cheddar. But he never made that dish,” Dragoon said. “The way it was written, it sounded like he brought the food in, prepared it, and had us taste it. Even if he wanted something non-kosher, he couldn’t purchase it for our kitchen. All of our purchasing is done through the business office. We have ingredient and food-item lockdown.”

The chef, Scott Rabedeau, got hired anyway. He’ll be designing a menu for the 5,200-square-foot Scarsdale Ben’s that includes “dishes from yesteryear, Ashkenazi standards, and Mediterranean dishes – past, present, and future.” Rabedeau’s an alumnus of Maggiano’s, the New Jersey Italian chainlet “started by a Jew,” Dragoon laughed.

Scarsdale will become the first of three planned locations to open by 2015, including Washington, DC, and Boston. Ben’s, Crain’s reported, is on “solid footing” after a challenging few years that saw locations close in 2006; the chain now generates more than $25 million annually.

“One location in a city works very well,” Dragoon said. “It’s appreciated, you have a wider audience, and you’re a niche business with little competition for that dollar. That’s why my location in Boca Raton is very successful. On Long Island, I have three units that cannibalize each other. One each in DC or Boston will do well.”

Dragoon even told the Forward he thinks a kosher restaurant could thrive in a neighborhood like the Lower East Side, where a mini-controversy erupted over the storefront that once housed Noah’s Ark Deli, the area’s last full-service kosher restaurant. Neighbors started a petition urging the building’s co-op to seek another kosher tenant; dissidents said kosher’s time was over downtown.

“That neighborhood may not have the local population to support it, but it’s a very mobile population in Manhattan,” he said. “It’s possible people would flock to it if it’s the right kind of operation.”

Kosher eateries everywhere are facing tough times, though, Dragoon said. “Occupancy costs like rent and taxes have outstripped demand for kosher restaurants,” he explained. “Because so many fabricators are closing, food prices go up, too. The high costs across the board make it tough.”

Ben’s, however, is here to stay, Dragoon said. He also had a message for Forward readers, and anyone else listening: “Ben’s is staying kosher for as long as there are kosher fabricators or processors.”