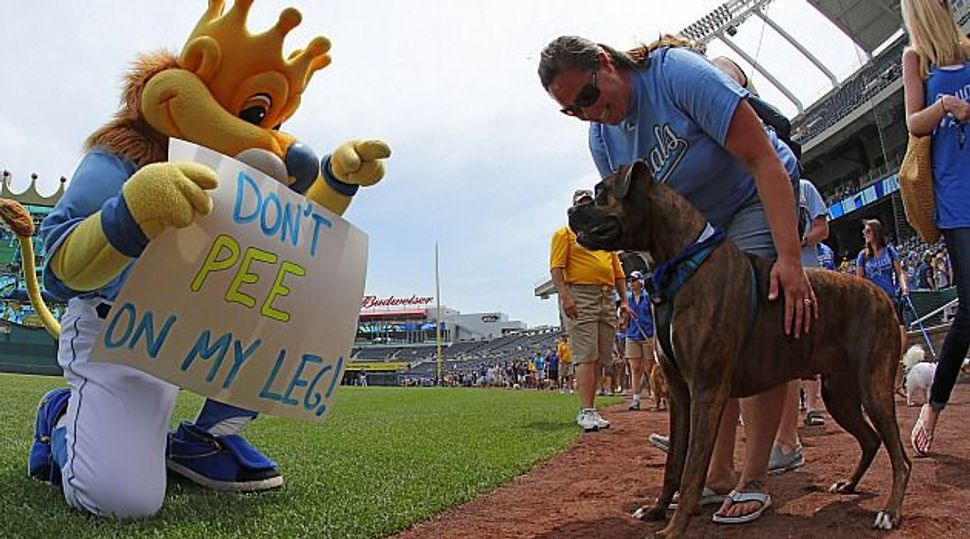 (Reuters) — This lawsuit may cut the mustard.

A longtime baseball fan has persuaded the Missouri Supreme Court to revive his negligence lawsuit against the Kansas City Royals over a detached retina he claimed to suffer when a hot dog tossed by the baseball team’s mascot struck him in the face.

The court said the trial judge erred by letting jurors consider whether being struck by a hot dog was one of the inherent risks of attending a baseball game. It said this was a question of law that the judge should have decided.

John Coomer said he was struck during a hot dog launch, a regular feature of Royals games in which the mascot Sluggerrr either threw or used an air gun to shoot hot dogs to fans from the roof of the visiting team’s dugout.

Coomer claimed to have seen 175 Royals games before the Sept. 8, 2009, incident at Kauffman Stadium. He had moved near the dugout to get a better seat after rain thinned the crowd.

The hot dog launch had begun in 2000, and the Royals employee who portrayed Sluggerrr, a lion whose mane looks like a crown, testified that he tried to be careful. A jury assigned 100 percent of the fault to Coomer.

In Tuesday’s decision, the Missouri Supreme Court rejected the Royals’ contention that the stunt was part of the overall stadium “experience,” even as the team conceded it had nothing to do with the game itself.

“Sluggerrr may make breaks in the game more fun but Coomer and his 12,000 rain-soaked fellow spectators were not there to watch Sluggerrr toss hotdogs; they were there to watch the Royals play baseball,” Judge Paul Wilson wrote for the court.

The case was returned to the trial court.

Scott Hofer, a lawyer for the Royals, said in a statement he did not believe the decision would affect a jury’s view of the case. Coomer’s lawyer was not immediately available to comment.