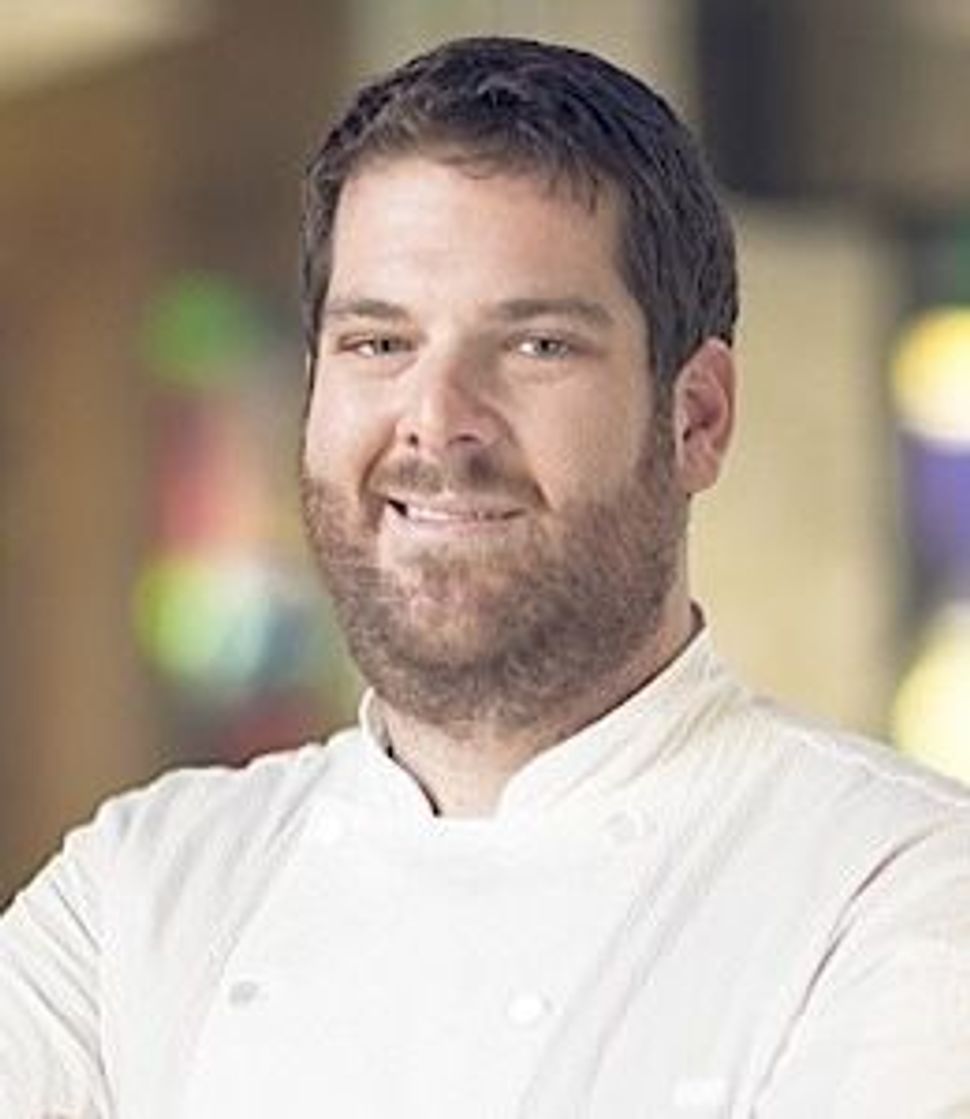 (JTA) — At 97 years old, Grand Central Market has become one of the hottest destinations in this city, drawing long lines of foodies eager for the finest in artisanal cheeses, coddled eggs and pour-over coffee.

In August, the historic food market in downtown Los Angeles was named by Bon Appetit magazine as one of the country’s 10 best new food venues. Long a bustling bargain mart that catered to the city’s poorer denizens, the market has been reborn as a gourmet spot and tourist attraction.

At the heart of the market’s cavernous, industrial-era space sits one of the stars of that revival: Wexler’s Deli, the latest offering from wunderchef Micah Wexler, who has brought deli classics such as pastrami and corned beef back to Grand Central after a decades-long absence. 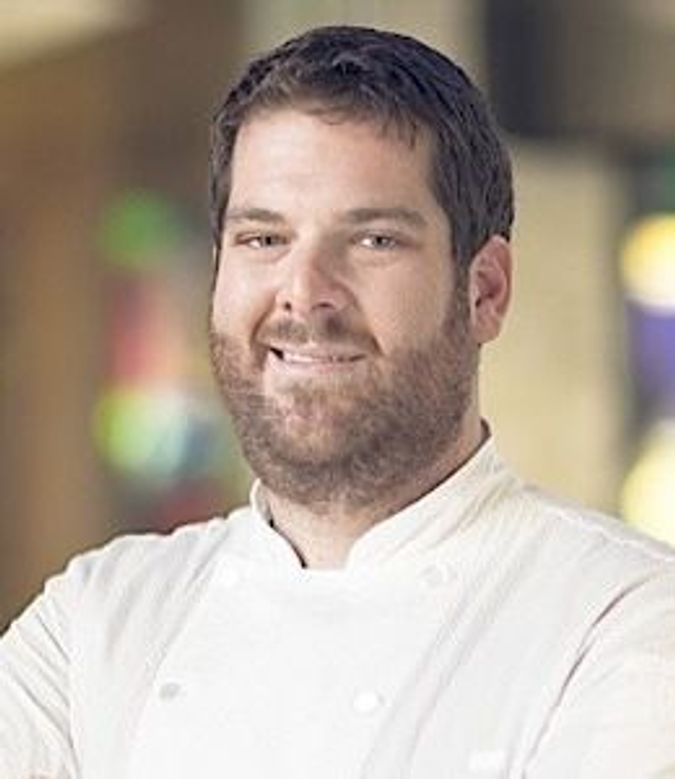 Wexler’s, along with the rest of the eclectic fare newly arrived at Grand Central, reflects the upscale, diverse crowds — including a burgeoning Jewish population — that is moving downtown, drawn by the historic architecture, urban street life, newly converted lofts, and thriving bar and restaurant scene.

But Wexler and his deli are also the most visible and recent symbols of the market’s deep Jewish roots, which weave continuously through its history from its earliest days to its current renaissance.

The primary author of Grand Central’s latest chapter is Adele Yellin, a spry 67, the owner and hands-on manager of the market. An interior designer by trade, she took over the market after her husband died and is in the process of overhauling it even as she seeks to retain its charm.

On a recent morning, Yellin shakes off a lingering cold to lead a brisk tour of the market, describing its history, newest vendors, recent upgrades and plans for further renovations. She points out the raw bar under construction, the expansion of a successful juicery, and the brisk business at the combination butcher shop and grilled meat counter.

Yellin’s late husband, Ira, purchased Grand Central Market in 1984 for $5.5 million as part of an effort to restore the historic core of the then-moldering downtown. A lawyer who had studied urban planning, Ira Yellin believed that Los Angeles needed a thriving center if it were to survive as a world-class city. He poured money into some of the iconic buildings downtown, including Grand Central Market, the Bradbury Building and the Million Dollar Theater.

The market opened in 1917 to serve the mansions of the adjacent Bunker Hill neighborhood near the iconic Angel’s Flight funicular railway, which took passengers up and down the steep hill. As wealthy residents moved away and downtown expanded, Grand Central became a hub for the German, Italian, Russian and Jewish immigrants flooding into the growing city. The immigrant communities were both the customers and the vendors.

According to Grand Central’s website, the market in the 1920s featured some 90 stalls of fishmongers, dry goods salesmen and Jewish delis.

By the time Filomena Eriman arrived at the market in 1969 to work as an accountant for the family who owned it, the customer base had changed to reflect the new immigrant populations of the downtown area — East Asians and Latin Americans. Still, Eriman estimates, roughly half the vendors were Jewish, including a hole-in-the-wall deli that sold some very tasty pastrami, as she recalls.

As the vendors grew older and retired, they sold their businesses to a new generation of owners who were increasingly Korean, Chinese and Mexican. One of the last of the older generation who hung on was Bill Dolginow, who into his 90s would take the bus downtown to the market to oversee his deli, even when he could barely walk.

By the time Ira Yellin purchased the market, architect Brenda Levin says, there were “lots of burritos and tacos, but not much pastrami.” The market had become a haven for Latino shoppers looking to stretch their food budgets. Its main selling point, as a 1985 Los Angeles Times article put it, was that “the prices can’t be beat.” Vendors specialized in items that could be sold cheaply, such as day-old bread, overripe fruits and vegetables, and deli meats that had passed their sell-by dates, alongside fresher fare.

Despite the downscale reputation, the market was still booming. By some estimates, it drew about 25,000 shoppers on a weekday and 60,000 on Saturdays. Adele Yellin said that the rents of $8 per square foot were comparable to Beverly Hills. Ira Yellin, aided by Levin, spruced up the market, uncovering skylights that had been painted over, moving the truck loading docks to make space for diners, and setting design standards for vendors’ signs and stalls. He also built an adjacent parking garage and brought in a few new eateries, including a juice bar owned by co-investor and television comedian Flip Wilson (named “Geraldine’s” after Wilson’s signature character).

Adele Yellin took over in 2002 after Ira died of lung cancer at 62. At that point, the market’s fortunes were in decline. Competition from other Latino-oriented markets cut into its customer base, she says, and the recession that began in 2008 forced a number of the vendors to close, leaving the market some 40 percent vacant at its nadir.

At the same time, downtown was finally beginning to fulfill Ira’s vision, as other developers raced to convert historic buildings and the once-sparse residential population exploded to 52,400 as of 2013, according to a study by the Downtown Center Business Improvement District. The prosperous new residents, in turn, were eating at a host of hip new eateries that were opening in the neighborhood — but not at Grand Central.

“The population that was actually living downtown never came in here,” Yellin recalls.

Yellin set out to change that. She reached out to more upscale vendors, bringing in a place specializing in Thai street food and one focused on coffee. Another specialized in eggs, from egg salad to steak and eggs to a coddled egg poached on top of a potato puree.

She also reached out to Wexler, whose Middle Eastern restaurant, Mezze, had drawn rave reviews but nonetheless closed in 2012 after only a year. Wexler, a Los Angeles native, decided to switch gears and revive the deli foods that he loved as a child. He smokes his own meats and fish onsite, and on a recent afternoon was busy behind the counter wrapping sandwiches and conferring with his cooks.

“Obviously Wexler’s Deli is a new school Jewish deli, but I don’t think of it as a Jewish restaurant,” Wexler told JTA in an email. “To me it’s an LA restaurant. It’s urban, it’s soulful, it’s in the place of the people and it’s for the people.” For Yellin, Wexler and the new crop of restaurants reflect her vision of a Grand Central Market that is a busy and welcoming place for all, where immigrants and businessmen and tattooed artists can shop and eat alongside one another, partners in the perpetual urban dance.

“It’s exactly what Ira and I always talked about the city of L.A. needing,” Yellin says. “This is a place to gather, and that’s what we have to keep working on — creating more reasons for them to gather here. It’s family giving back. It’s tzedakah.”