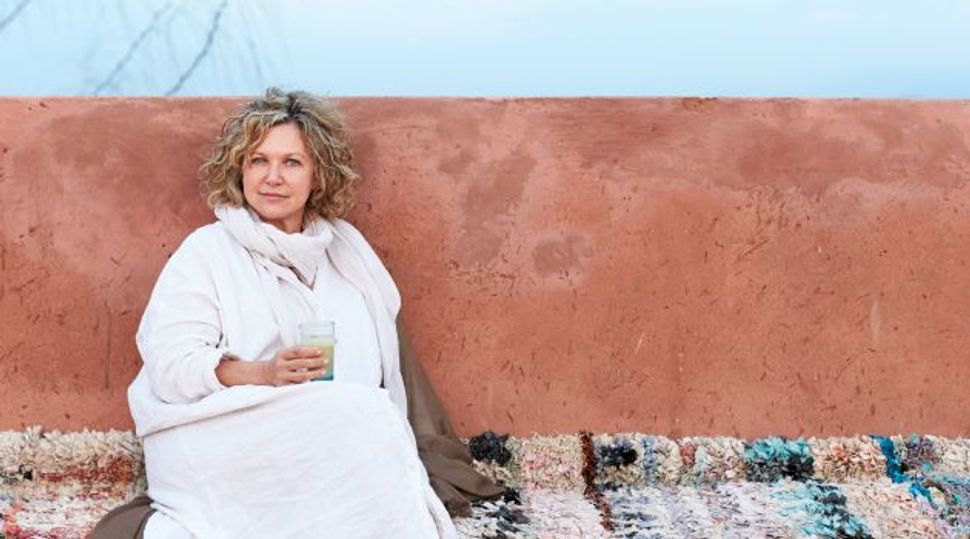 With 20,000 Israeli immigrants, Berlin now hosts delicatessens and hummus cafes, as well as the more upscale, French-influenced fare of Mani Restaurant. The latest Israeli culinary sensation is NENI Berlin, a casually eclectic place with an open kitchen, luxuriant plant décor and panoramic views of the city.

Located on the 10th floor of the 25hours Hotel Bikini Berlin, NENI Berlin has a tapas-style menu that boasts of melding Persian, Russian, Arabic, Moroccan, Turkish, Spanish, German and Austrian influences. Its unusual, richly flavored fusion dishes include caramelized eggplant with chili and ginger on couscous and curry hummus with grilled prawns. Middle Eastern staples such as pita, baba ganoush and falafel are served alongside a classic Ruben sandwich and tuna sashimi. With floor-to-ceiling windows, light wooden floors and pastel chairs, the dining room is bright and inviting. The atmosphere is so relaxed that, on a recent visit, a neighboring table of diners started offering me tastes of their food.

The woman behind NENI (whose initials represent the names of her four sons, Nuriel, Elior, Nadiv and Ilan) is Haya Molcho, a 59-year-old Tel Aviv-born restaurateur who grew up in Bremen, Germany, and lives in Vienna. With three of her sons as partners, she runs three restaurants, a catering business and a supermarket product line, NENI am Tisch (NENI on the Table), and has published three cookbooks. I talked to her by phone about her passion for food and how she built the NENI empire. 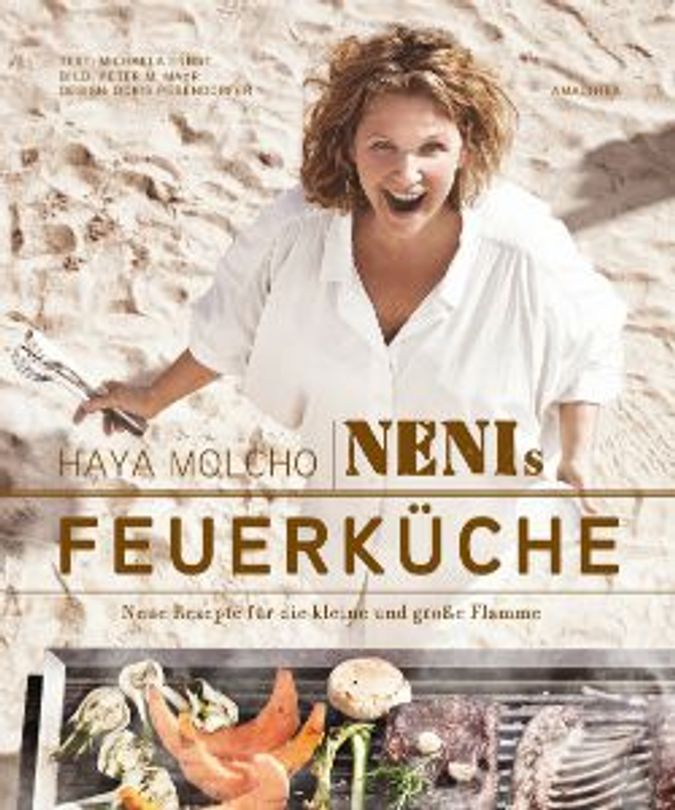 The cover of one of Molcho’s cookbooks.

Was it tough being transplanted to Germany when you were a child?

What were her specialties?

She is Romanian from Bucharest. She was fantastic with polenta with sarma. You know what it is? It is cabbage and inside it’s meat and rice. It’s a Romanian dish.

How did you end up in Vienna?

When I was 17, 18, I met Samy. We had a very nice connection. Five years later we married — that’s why I’m in Vienna. He was a mime, and he specializes in body language today. He was a professor at the university, and then the children came — four boys.

Early in your marriage you spent seven years traveling.

We traveled all over the world — India, Morocco, China. He was in the theater, on the stage, and I was in every [restaurant] kitchen and in every market. In that time, I began to have the passion of food, of tasting. In every country you have another inspiration.

But you always stayed connected to Israel?

[As a child] I came every year four months to Israel, every holiday. I’ll tell you what is Israeli food for me: I call my dishes eclectic food. You know what is eclectic? I think it’s Israel for me. Because the people who came after the second [world] war to Israel from all over the world — those people were my neighborhood. I learned Moroccan, Yemenite, Bulgarian, Romanian. We ate in every house, and you had your taste of the whole world in Israel.

How did you get started in the food business?

When the children came, we had a very big house, we had guests from all over the world. We are very open-minded people, so always I cooked for 20 people every day. It was for me very normal. So when I made the bar mitzvah for my children, I [cooked] for 300, 400 people. People saw what I’m doing and they came to me. I started with catering at home. And half a year later a friend of mine who has a big company offered me his kitchen. I grew up very, very quick with the catering — from 20 people to 3,000 people. I brought something new — fresh and light cooking, and colors from India and Morocco.

The Viennese version: NENI am Naschmarkt.

How did you come to open your first restaurant, NENI am Naschmarkt?

I was sure that if I did something in Vienna, it had to be in the market. I was looking really a long time. But I am very tough. And I went every day and I asked everybody, and somebody asked me if I wanted to buy his place. It was really a big luck. I saw it and I called my children, and I asked them if they wanted to do something with me. We opened five years ago. One year later we opened the Tel Aviv Beach.

How did the Berlin restaurant happen?

Simple: Because of the 25hours Hotel. They have also 25hours Hotel in Vienna. Four years ago they came to us — they love NENI here — and the owner said, “Think about having cooperation with 25hours.” We told them no, we can’t do it, we don’t have the know-how. But one year ago they asked me again. And then we had already the production for all the supermarkets. I said, “Now I think we can do it.”

What’s distinctive about the food you’re cooking in Berlin?

I’m doing a lot with hummus. People are thinking it’s just with pita bread. We are doing hummus with meat, with vegetables. We are combining hummus in a very modern way — by telling the people that hummus is not just hummus. I make hummus with beet root and horseradish. It’s a red hummus. I have a yellow — it’s with mango and carrot. And a white hummus, the classic hummus, tahini.

Tell me about the caramelized eggplant.

It’s with chili and ginger. This was [from] when I was catering. I had leftovers — a little bit of soy vinegar, ginger, chili. I made my own composition.

Has the Israeli food scene in Berlin influenced you?

Of course I’m going to other restaurants, but we are bringing our line — we are not looking at what the others are doing. I’m not doing hummus alone — everybody’s doing hummus. But the design, the story, everything together makes NENI.

NENI never stops. The next is maybe [with] 25hours in Barcelona, in 2016. And to open another restaurant in Vienna, maybe next year — takeaway for people who are working, who are trying to eat healthy food. We would love to produce hummus in New York. Maybe with 25hours Hotel, we will make a NENI in New York. We are thinking about it. We are talking about it.

Julia M. Klein is a cultural reporter and critic in Philadelphia and a contributing editor at Columbia Journalism Review. Follow her on Twitter @JuliaMKlein.