Can a Hot Sauce Set Your Soul on Fire? 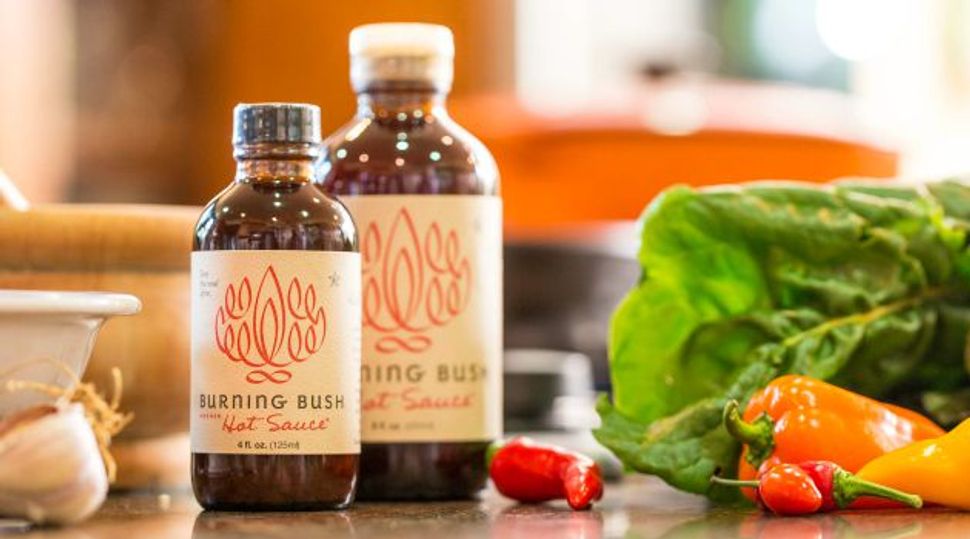 Neil Wernick’s inspiration to create Burning Bush Kosher Hot Sauce was derived from more than just a desire to spice up his food. Before he became a food entrepreneur, Wernick worked as a brand builder and engineer, whose Jewish background and love of Israel prompted him to register for the Hazon Israel Ride. On the trail, he came in contact with a variety of ancient herbs and spices, and his passion was ignited.

Back in his own garden, he began growing the herbs and vegetables that he used to create the original recipe for Burning Bush. “My business partner and I felt there was a real need for a kosher hot sauce,” Wernick told me. “There are so many hot sauces on the market, but none that prioritized kashrut. Kosher is even in the official name of our product.”

Wernick means kosher in all senses of the word. Not only does his condiment have one of the highest levels of heksher (kosher certification), but the philosophy behind it is one of sharing, engagement and mindfulness. “The best part of the process for me is seeing people’s reactions when they taste it,” he said. “They come alive talking about the food.”

Hearing this came as no surprise to me after Wernick explained the great lengths he went to in order to mass produce the sauce. The product he sells today is almost identical to the hot sauce he first made with the vegetables in his garden. He searched for six months to find each organic ingredient, he said.

You don’t have to be a culinary genius to make the most of the sauce, either. According to Wernick (and me, after several taste tests), Burning Bush goes great on just about anything. Wernick set out to create a product that combines all five flavors — sweet, sour, salty, bitter and of course, spicy. This umami quality actually enhances your dish, rather than overwhelming it with spice. That’s why Wernick’s advice is, “Just try it” — even if spicy isn’t your thing.

Hadas Margulies is the food intern at the Forward. Find her at HadasMargulies.com.

Can a Hot Sauce Set Your Soul on Fire?