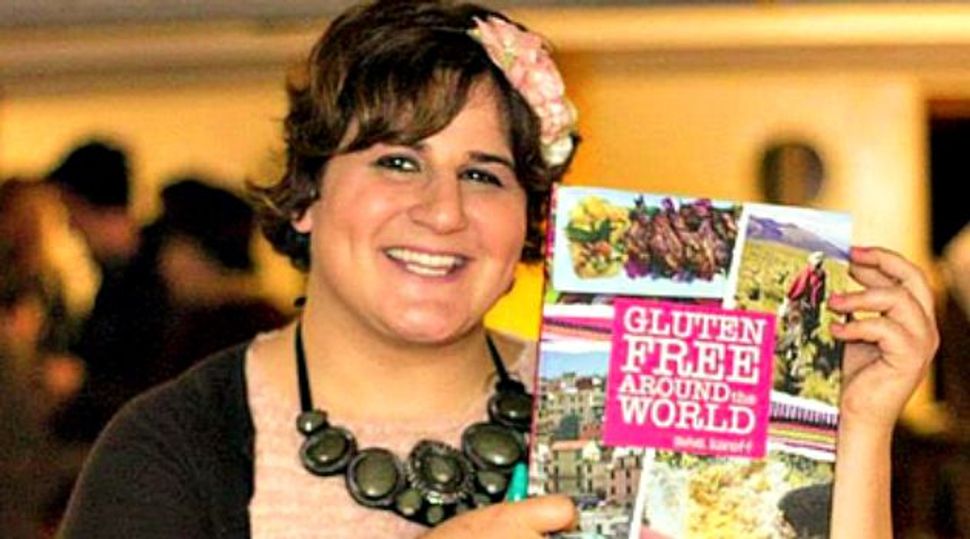 Aviva Kanoff with her cookbook, “Gluten Free Around the World.” Photographs courtesy of Aviva Kanoff.

Aboard the Balclutha, a historical ship docked near the San Francisco Maritime Museum, an incongruous assortment of Bay Area denizens from Chabad, the art world and elsewhere came together last month to celebrate the publication of “Gluten Free Around the World,” a new kosher cookbook by Aviva Kanoff.

Best known as the author of “The No-Potato Passover,” Kanoff is a photographer, world traveler and chef.

As guests toured the ship, a DJ pumped lounge beats while the ship gently swayed on the rolling waves of the bay. Guests sipped on tequila and vodka cocktails while sampling kosher recipes such as Spanish quinoa with sausages and coconut chicken with plum dipping sauce — both from her book. They viewed large-scale photographs by local artist Krescent Carasso as well as smaller ones by Kanoff from her travels.

Others listened attentively below deck as a ranger described the storied history of the ship, beginning in 1886, including its multiple careers as a merchant marine vessel.

Among the guests: a woman with a backless top showing Asian characters tattooed down her spine, Chabad rabbis, the owner of Humphry Slocombe ice cream, a Czech man who is studying for conversion to Judaism.

In her brief comments, Kanoff thanked her own rabbi — Chabad of Noe Valley’s Gedalia Potash — for helping create a new community to celebrate her book, since she had just moved here from New York in June, knowing all of two people. She also thanked her Uber driver.

Born into an Orthodox family in New York, Kanoff moved with her family to Miami when she was in high school. After obtaining a fine arts degree at Hunter College, she attended the French Culinary Institute. As someone who keeps kosher, it was challenging, to say the least, as she never tasted anything she made at culinary school. “It wasn’t easy, but I did it,” she said. “I’d always have to have my partner taste things to see if they were seasoned properly.” 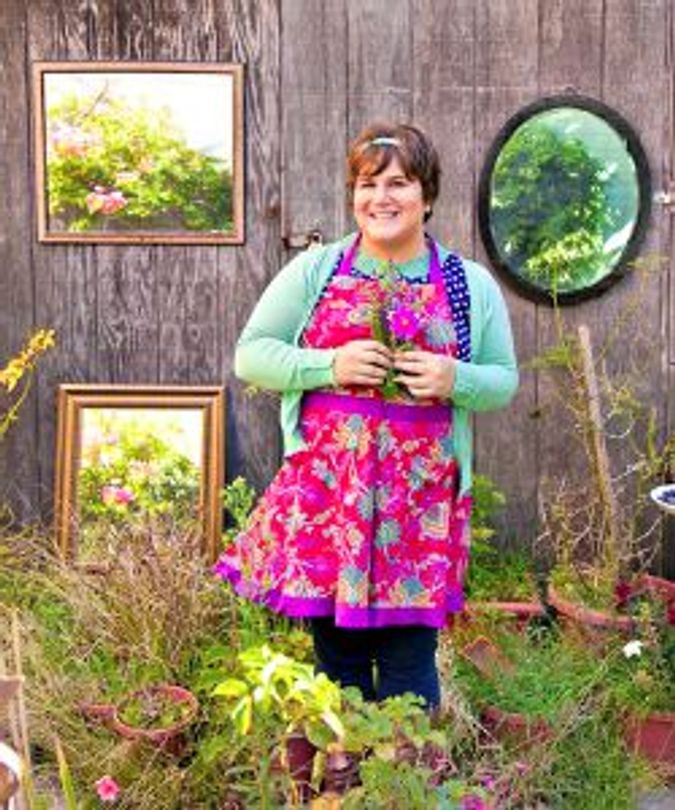 She knew that much of what she learned there, she would never use, so graduating was her main goal, and she put her culinary degree to use by working as a personal chef.

In 2011, she was doing a cooking demo in Miami and needed a theme. When her mother told her to bring a 40-pound bag of potatoes home, since Passover was approaching, it sparked an idea. Not only did she not want to shlep home a large bag of potatoes, but she wanted to try spending all of Passover without eating a single potato.

As the one who did a lot of cooking for her family, she was excited about exposing them to vegetables they didn’t usually eat.

“A lot of Ashkenazi Jews only use turnips in chicken soup,” she said. “When do they use turnips otherwise?” In 2012, she self-published “The No-Potato Passover” and ended up winning a Gourmand Award (a cookbook competition) for best Jewish cuisine in America.

Kanoff is not gluten-free herself. Her latest book is part travelogue, part cookbook. She once again self-published to retain creative control over the book, photographing all dishes herself, as well as scenes from the places they come from. While she has traveled through numerous countries sticking to a vegetarian diet, some countries are harder than others. “In Spain, even the salads often have some kind of pork product in them,” she said. Therefore, she still had to do some guesswork to create her recipes once she came home.

While Kanoff had already been to Europe, she traveled through Southeast Asia and India specifically for this book.

“There are so many cultures where people don’t eat wheat at all,” she said. “In Southeast Asia, they only grow rice; they don’t even grow [wheat] on the continent.”

Kanoff was motivated to write the book because she found nothing available for those who are gluten-free and keep kosher, plus so many gluten-free books seem more like pamphlets from the doctor with nothing that looks the least bit appetizing, she said.

Though she doesn’t eat meat abroad, there is plenty of it in her book.

“I don’t taste most things I see,” she said. “I’m used to it; you develop a sixth sense and develop your other senses.”

Kanoff is working now to promote her book. “It’s a full-time job,” she said. While it’s available on Amazon, she’s also taking it to bookstores, asking if they’ll carry it.

In love with her adopted city, she is active with the Mission Minyan and Chabad of Noe Valley. She also has made connections with the art community, teaching art at a homeless shelter. And she loves San Francisco’s “be who you are” philosophy.

Agreeing with this reporter that her party guests were somewhat random — her planner invited a lot of her own people as well as guests from the synagogues that promoted the book — she said, “It was great to have this big party and be part of this one big happy family. I’m definitely okay with random.”