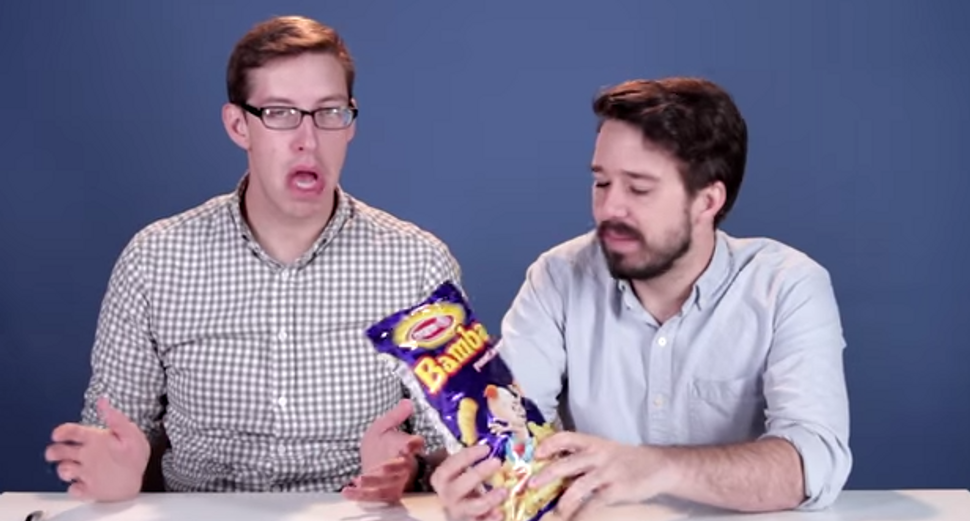 What are those wacky Jewish people eating now?

That seems to be the question addressed in the latest of BuzzFeed’s “Americans Try…” video series, which shows an assortment of perky young tasters sampling a variety of unfamiliar foods.

This time, it’s Israeli packaged snacks, which appear to be more of a hit overall than the Ashkenazi classics they tried a few months ago. Dare I say the gang appears even a little impressed?

A bag of falafel-flavored crispy things gets the green light. “I’m really into these,” said a guy who looked a little like Tom Petty, circa 1978. This would make a good bar snack.”

Of a candy bar consisting of milk chocolate, crispy wafers and hazelnut cream, he said, “This is like the successful, globe trotting older brother of the Kit-Kat.”

He wasn’t the only one taken by the sweet treat, called a Pesek Zman.

“That’s good. We approve, Israel, Good job,” declares a woman in a baseball cap, giving the camera a big thumbs up.

Now we can sleep at night. Keep ‘em coming, BuzzFeed.