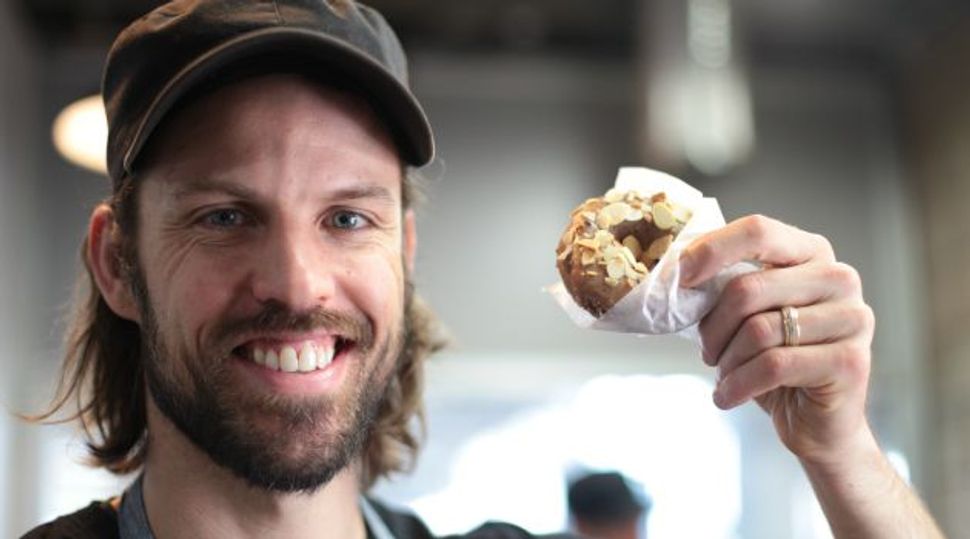 Wash ‘n’ Nosh* from the* Jewish Daily Forward *on *Vimeo.

An Israeli-owned car wash on the West Side Highway has become the unlikely source of what may be New York’s most delicious donuts.

The car wash’s proprietor, Moshe Winer, happens to be Orlee’s father and Scott’s father-in-law. And in a happy coincidence, Levine started searching for space just when room opened up inside the gigantic West 46th Street facility. “But it’s a business relationship,” Scott Levine laughs. “We pay rent.”

“I just wanted to make donuts that were a little more unique,” says Levine, whose days often start with a 2 a.m. baking session. Levine’s donuts are cake-based, as opposed to their airier yeast-based counterparts; all of Underwest’s production — shaping, frying, cooling, serving — takes place behind the counter of the narrow, closet-sized space at the southern end of the block-wide car wash. Levine and Winer also serve kicking Brooklyn Roasting Company coffee, pulling shots from a diminutive La Marzocco espresso machine in one corner.

Wholesale operations, and different pastries, may become part of Underwest’s future. But for now, Levine’s just focused on keeping up with voracious demand. “No matter what, we’re always going to think outside the box,” he says. In the meantime, we have a feeling many more New Yorkers will be finding excuses to get their cars cleaned.