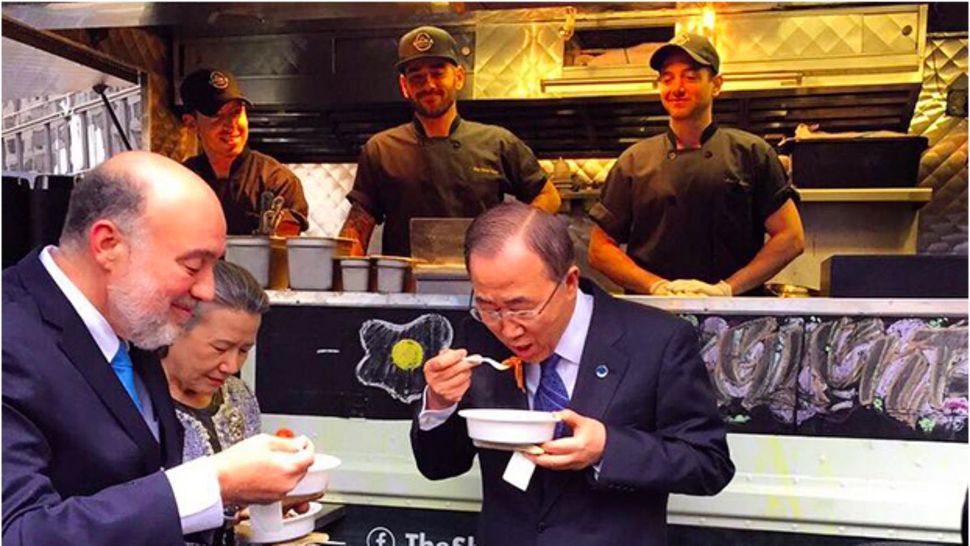 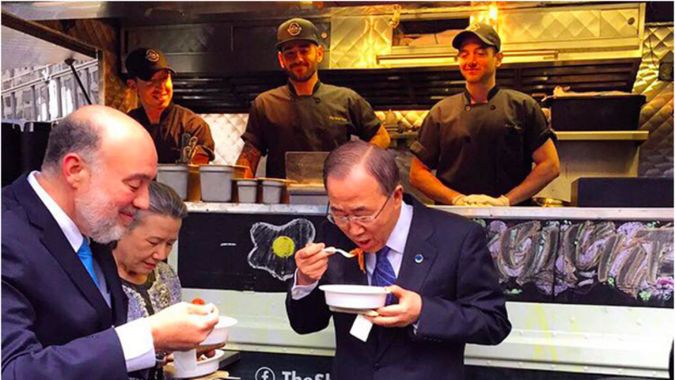 The Shuka Team (the three 20-something Israeli pals in baseball caps) says that U.N. Secretary-General Ban Ki-Moon (center foreground) just experienced his first taste of shakshuka — and loved every bite.

“The Shuka Truck will bring the PEACE to the middle EAST,” according to a , three Israeli friends who rolled out their food truck in New York City on December 1, 2014.

“@UN Secretary- General ‪#‎Ban‬ Ki- Moon is having his very First taste of Shakshuka from the @shukatruck and he LOVED it !!” the post continued.

The Shuka truck, which roams the streets of New York, sharing its location via Facebook and Twitter, was parked on 2nd Avenue in the 40s on Yom Ha’atzmaut, Israel’s Independence Day, outside Israel’s mission to the U.N.

Whether it was a symbolic gesture of political diplomacy or a universal gesture of culinary affinity, know one knows for sure.

The Shuka Team is Josh Sharon, Solomon Taraboulsi and Gabriel Israel — longtime pals who moved to New York a little over a year ago to pursue careers in real estate and restaurants. Instead, they ended up doling out the ever-popular Israeli/Tunisian breakfast of fried eggs over spicy, earthy tomato sauce to New Yorkers far and wide.

Maybe the change of course was worth their effort.