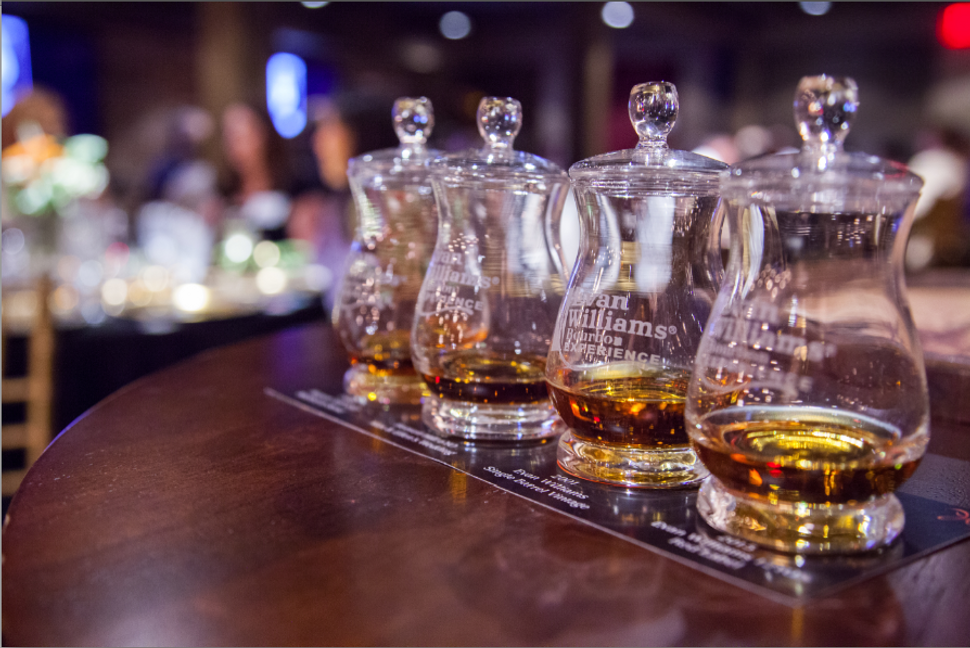 Image by Courtesy of Heaven Hill

At a discussion on the history and heritage of Heaven Hill — owned by the Shapira family for 80 years — guests sampled four rare bourbons, including a vibrant whiskey produced by the company in 1936 and bottled in 1942.

The whiskey business is booming down in Kentucky, with the largest brands selling millions of bottles a year around the world. But despite the spirit’s sudden international popularity, it is still very much a family business dominated by just a few big names; Beam, Brown, Russell, Samuels, Van Winkle.

Add to that list the Shapiras, a clan that has the distinction of owning Heaven Hill, the largest independent spirits company in the country, which produces the acclaimed Evan Williams and Elijah Craig bourbons and Rittenhouse Rye, among others. A Jewish family that has lived in Kentucky for more than a century, the Shapiras and their blue grass roots stretch back to the late 1800s, when Max Shapira immigrated from Lithuania and worked as a peddler across Kentucky. After enjoying success on the road, he opened a clothing store called The Louisville Store. Eventually his five sons opened branches of the shop in different towns across the state.

The family’s stores survived the Great Depression and thrived, thanks to a continued need for buttons, threads and socks despite money being tight, and after the repeal of Prohibition the Shapiras were approached to invest in a new distillery. At the time, distillers were scrambling to find capital. Virtually every distillery had to be rebuilt after Prohibition’s end, having sat dormant for years.

Despite not having any distilling knowledge, the family partnered with members of the revered Beam clan to make its whiskey. To this day Beams still make whiskey at Heaven Hill.

A Night With the Shapiras

Two weeks ago, as part of the Kentucky Distillery Association’s Bourbon Affair, I was honored to host a discussion on the history and heritage of Heaven Hill, which celebrates its 80th anniversary this year. The panel featured six family members, including company president Max L. Shapira and 101-year-old Anne Shapira, whose late husband, David Shapira, was one of the five founding brothers. (Additional family members and several of the company’s distillers also attended.) 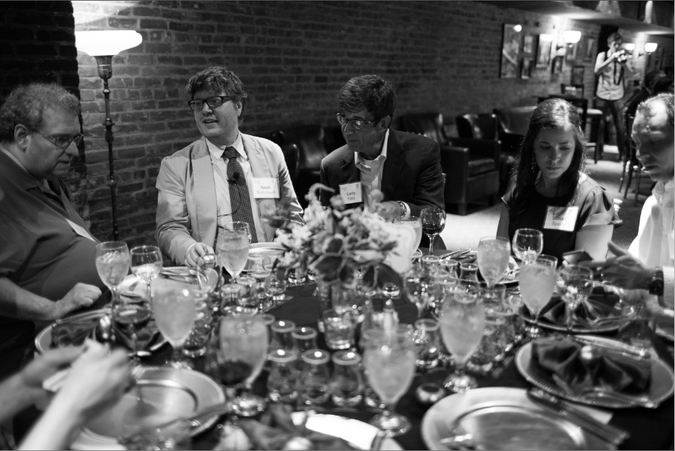 Image by Courtesy of Heaven Hill

During the event’s cocktail hour, guests wandered the company’s fascinating Evan Williams Bourbon Experience, which is located in downtown Louisville. As they drank whiskey cocktails and nibbled appetizers, Shapira family members chatted about the best Jewish delis in Kentucky, Boston and New York and how to mail-order lox.

As dessert was served, the crowd listened to stories about what it was like to grow up in the bourbon business. Andy Shapira, the director of corporate analysis and western division sales manager, fondly recalled being taught to fix bottle displays of the company’s products in liquor stores at a very young age and how family vacations were actually trips to visit distributors with a stop at a beach thrown in.

Anne talked a bit about being Jewish and living in a town of just 1,200 people. Every Sunday she and her husband attended the local church’s ice cream social, since her husband insisted that their neighbors were also their customers. “I just got fatter and fatter,” she recalled.

Between anecdotes and reminiscences, Heaven Hill’s whiskey ambassador Bernie Lubbers introduced four very rare bourbons that each guest got to taste. My favorite was an Old Heaven Hill Bottled in Bond Kentucky Straight Bourbon Whiskey produced in 1936 and bottled in 1942. Sipping the special six-year-old spirit, vibrant and delicious, it was hard to believe it was made in the company’s second year of existence. A perfect drink for a unique experience.

Noah Rothbaum is the author of the recently published book