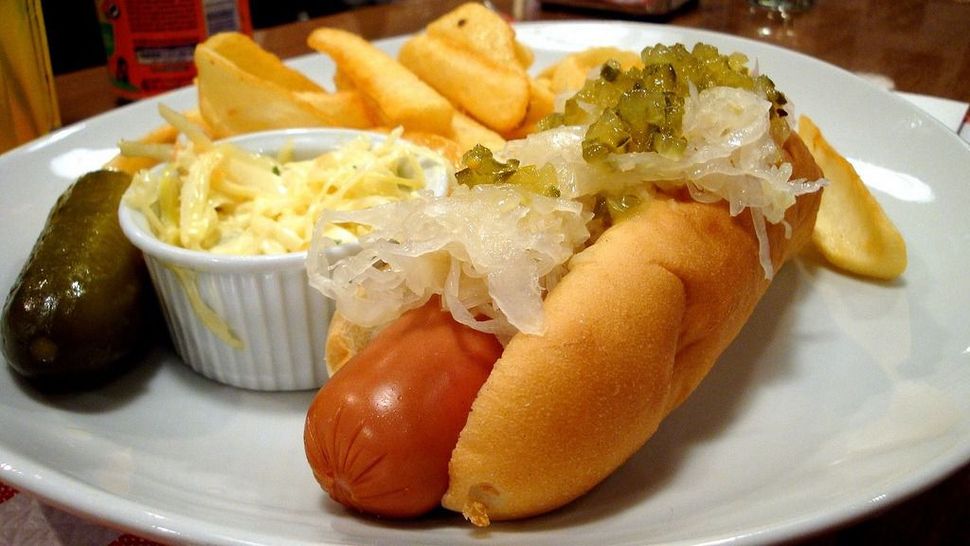 The venerable Lower East Side deli proves it’s about more than just pastrami, with its hot dog being voted No. 1 in the U.S.

As if we needed another excuse to run to on the Lower East Side of Manhattan, the legendary eatery just won the top spot in The Daily Meal’s ranking of America’s best hot dogs.

“Made especially for the restaurant by Sabrett, these garlicky, natural-casing, jumbo-size all-beef dogs spend such a long time on the flat-top grill that the outside gets a nice char and snaps when you bite into it,” The Daily Meal raves. “A smear of mustard is all that’s needed.”

Not to rain on Katz’s parade, but back in 2005 food writer Ed Levine revealed that most places get their hot dogs from a single source — Sabrett’s and its parent, Marathon Enterprises. How the dogs are served mattered more than their provenance, he wrote. And “context” — where you’re eating the dog — “means a lot,” Levine wrote.