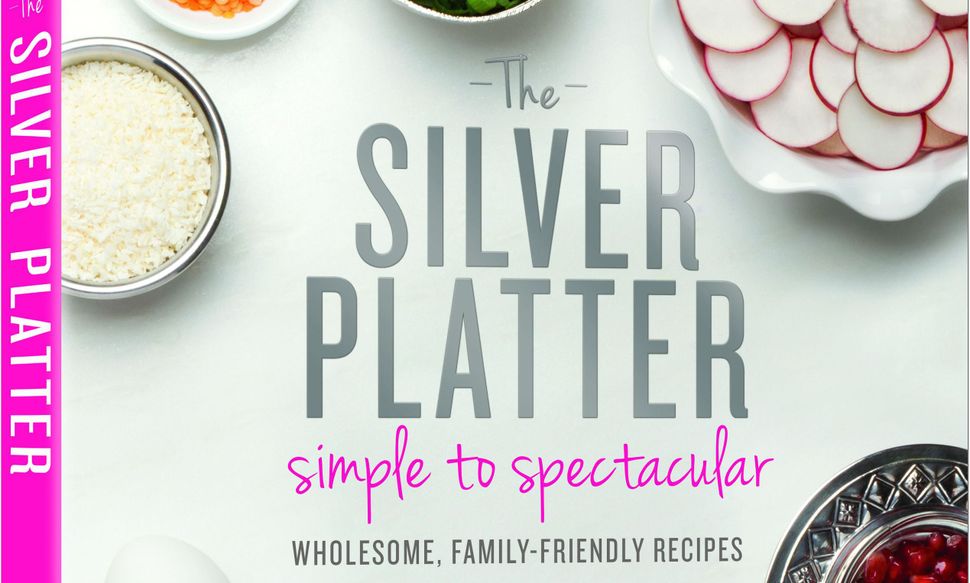 This is an occasional column in which the writer evaluates a cookbook by making some of its recipes, sharing the dishes with friends and asking her guests what they think of the results. She recently cooked her way through “The Silver Platter: Simple to Spectacular Wholesome, Family-Friendly Recipes” by Daniella Silver With Tips & Techniques From Norene Gilletz (Artscroll/Mesorah Publications).

I know, I know: You can’t judge a book by its cover. Somehow, though, that knowledge failed to deter me from doing so, at least at first, with “The Silver Platter.” The use of hot pink on the cover and spine turned me off. Also, in my mind, recipes labeled “family-friendly” — as they are in the book’s subtitle — are often dumbed down so that children who eat only chicken fingers will like them.

Interestingly, this book isn’t marked kosher on the cover, even though it is a kosher cookbook — with each recipe designated meat, dairy or pareve.

Plus, I wasn’t sure I could expect truly delicious food from a publishing house that is better known for prayer books and editions of the Talmud than for cookbooks — though Artscroll/Mesorah does publish Susie Fishbein’s “Kosher By Design” series and a few other cookbooks.

In any case, I was reminded of this lesson last Friday night, as I served up four dishes from Daniella Silver’s new cookbook to my guests, who raved about three out of the four.

With photography by EveCandyTO (Ann Gagno and Abraham Wornovitzky) and art direction by Atara Yunger, clearly a lot of effort was put into the images and food styling.

A self-taught cook, Daniella Silver is a Toronto-based mother of three who comes from a long line of artists. She writes: “My [artistic creativity] has manifested itself through food. Its presentation, the color of the ingredients, and the blending of textures are all aspects of an art form. I believe that you eat with your eyes first, so each dish in this cookbook was created to have aesthetic appeal. Food has to look beautiful to be appetizing. Then it must taste just as wonderful as it looks.”

When she learned that two of her children had food allergies (gluten/wheat and nuts), Silver set out to recreate family favorites that her allergic children could enjoy. For this reason, most recipes are gluten-free or can be made so (though many of the dessert recipes just say to substitute gluten-free flour with xanthan gum for regular flour).

This is a book with no exotic ingredients. Nothing is complicated. And for many, that’s its charm.

“Not all of us want to cook like Ottolenghi all the time,” my friend Nancy noted, saying that while she loved Yotam Ottolenghi’s food, his recipes, in books such as “Jerusalem” and “Plenty,” required too many ingredients and steps for her to get cooking, unless she had hours of time.

The full-page photo of each dish in “The Silver Platter” certainly makes everything look appetizing. And every recipe has a few tips and techniques (called “Norene’s Notes”) offered by Gilletz, who is also based in Toronto and has authored numerous cookbooks — many with a health-focused slant and others that focus on getting the most out of your food processor or microwave, or on kosher cuisine.

Choosing recipes for my Taste Test was fairly easy, as the summer produce that announced its arrival in the Bay Area in the last few weeks influenced my decisions.

We began with the snap pea salad with basil-mint dressing, which consisted of salad greens, radish slices, red onion and snap peas sliced open the long way, so the peas are exposed (at least that’s what it says in the recipe; in the photo the peas remain whole). The dressing was a lemon vinaigrette with honey and garlic, basil and mint.

Using a combination of farmers’ market produce and vegetables from my CSA, a bite of this salad tasted like summer on a plate. Our friend Terry was the first to notice the way the peas were cut, and everyone oohed and aahed over them, proving that we do really eat with our eyes first.

Terry’s wife Tristen loved how, with her first bite, she noticed the mint, which was not what she was expecting from a green salad. But of course Silver knows that peas and mint are a classic combination. Everyone loved the way the sweet peas played off the bitterness of the radishes. We all felt that this salad was greatly enhanced by the produce from our Bay Area farmers market (thank you, farmers!), and we unanimously loved its brightness.

We cooked the salmon on our gas grill on the cedar plank as instructed (and as we often do). The salsa was a pretty standard recipe, with red onion, Serrano pepper, lime juice and basil or mint jazzing up the strawberries. (Note: I doubled the lime juice as I felt more was needed).

While we all liked the salsa just fine, and felt strawberries were just as good of a fruit to make salsa with as any other, we thought the sauce would be better with something other than the salmon.

Nancy’s husband Jon and my husband Paulie waxed rhapsodic about how the fish was so subtly flavored — and how the salsa came along and clobbered it. Jon thought the salsa would pair better with a much stronger-tasting fish.

“Making the salsa better would not improve the salmon,” Jon said emphatically, adding that well-cooked wild salmon needs virtually nothing but salt and pepper – maybe a bit of lemon – to improve it.

Because Tristen added just a small drizzle of salsa to her salmon, she didn’t have any problem with it. We all agreed the salsa would be fine with chips.

As a side dish, I made wild rice with roasted peppers and candied almonds, in which bell peppers and onion slices are roasted with garlic and added to wild rice along with lemon juice, lemon zest and almonds cooked in cinnamon and sugar.

We were unanimous in our love of the contrasting flavors and textures, while I appreciated the dish for its versatility; I could imagine serving this side with almost any protein.

Last, I made a chocolate chip berry cake for dessert. This was essentially a coffee cake (it had a crumbly topping) and I chose it because it’s now berry season. The combination of blueberries, mulberries and strawberries with chocolate chips was outstanding (“When is chocolate and fruit bad?” mused my friend Sam), and we all liked how the cake was flavored with orange juice.

What didn’t work was the baking time. Even though I followed the recipe exactly, and a cake tester came out clean, after allowing the cake to cool, when I took it out of the pan, I could see its inner circle was raw (it’s made in a tube pan). I put it back for at least another half hour, but when I served it, the inside was still raw, causing us to joke that the cake was not only “fruit forward,” but also very “dough forward.”

It took at least another 20 minutes in the oven to be fully baked, but at least we could send our guests home with some. While everyone loved this cake in the final analysis, I’m only sharing the recipes for the two dishes that were perfect as written: the pea salad and the wild rice.