Black Seed Bagels’ New Spot and All the Weekly Dish 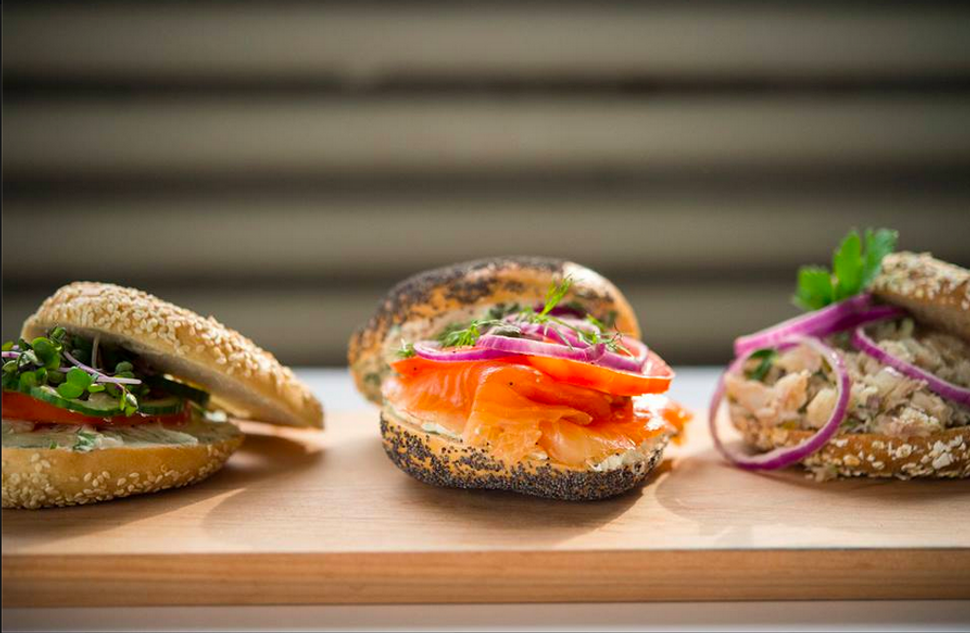 finally opened its long-awaited East Village location Monday in the storefront that housed legendary pastry shop DiRobertis for more than a century.

Like its hand-rolled, wood-fired bagels, Black Seed’s menu is a mashup of Montreal, New York and more. Look for smoked-meat bagel sandwiches along with trad offerings like smoked fish and cream cheese.

In an email to the Forward, owners Noah Bernamoff (Mile End Deli) and Matt Kliegman (The Smile) enthused about their new digs. “We couldn’t be more excited to be opening in the East Village. We’ve painstakingly updated the pre-existing De Robertis pastry shop to accommodate an enormous wood-fired oven, a full-fledged cooking line to handle a broader variety of menu items and more seating, queuing and grab-and-go accessibility than our Elizabeth Street store, all while preserving the architectural details of the interior.”

In San Francisco, meanwhile, Shegetz Bagels has opened with the mission of “ending the drought” — the Bay Area’s alleged bagel drought, that is. More than 100 people lined up for the store’s opening, JWeekly reports, and “roughly 240 boiled-and-baked New York-style bagels sold out in about three hours.” The Shegetz shegetzim, as they call themselves, posted an Instagram video that attests to the bagels’ proper crustiness.

For a thoughtful commentary on the Bay Area’s bagel situation, see this story by Forward (and JWeekly) writer Alix Wall. 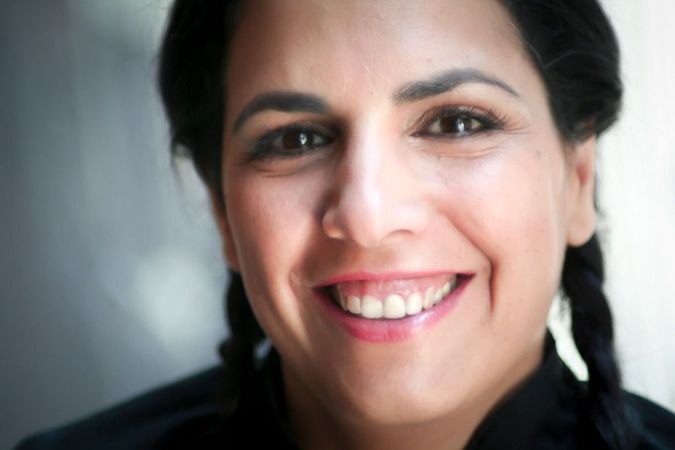 This week, Haaretz includes Admony among a who’s-who of Israeli chefs pushing culinary boundaries worldwide. Also on the list: Tamir Nahmias, executive chef at three hot Paris restaurants, including Frenchie; Gal Ben Moshe of Glass in Berlin; Joseph Hadad of Restaurant Joseph in Bucharest, which a local critic hailed as the city’s best; Shahaf Shabtay, whose culinary ventures have taken him from Cambodia to Prague and beyond; and Ori Menashe of downtown L.A.’s acclaimed Bestia.

Feel like some hummus in your beer? An Israeli scientist has developed a gluten-free beer made from chickpeas, dates and buckwheat, according to the Canadian Jewish News. It’s already getting a rep as the “hummus beer” in Israel. “It’s a very Middle Eastern food,” creator Bryan Meadan says. He’s already starting a micro-brew operation in the Israeli burg of Karmiel.

The most L.A. of L.A. foods is kosher Mexican ice cream from La Reyna de Michoacan in flavors like cheese, quince and leche quemada, a caramelized milk candy popular in Mexico, reports L.A. Weekly. Owner Rafael Algaze, who is Jewish, finally gave in to customers who begged for kosher flavors of his exotic frozen treats.

Local landmark Jack’s Deli has finally unveiled a major remodel, reports the Cleveland Jewish News. “The place had become too rundown,” owner Alvie Markowitz said. “I would put duct tape on the cushions just to keep them together.” Jack’s is 35 years old.

Get out the Wet-Naps. Atlanta’s Kosher BBQ Contest takes place October 18. Teams from across the region will compete. There’s also a kosher pickle-eating competition. Please, someone post video.

Black Seed Bagels’ New Spot and All the Weekly Dish