The Hottest Latkes in Philly and All the Weekly Dish 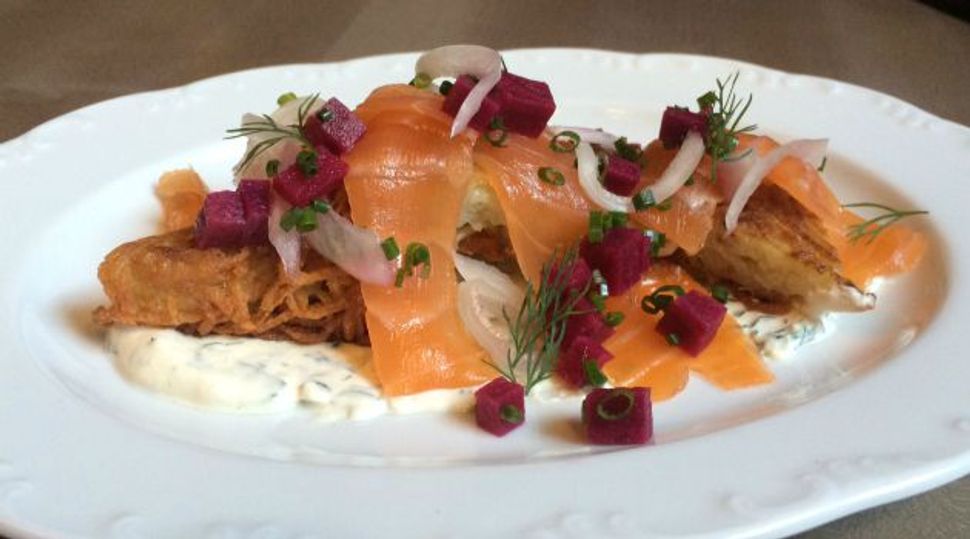 Grab a ticket for this sizzling event before it sells out: Philadelphia’s will host a latke tasting dinner for Hanukkah, chef Yehuda Sichel tells Philadelphia Weekly.

“It hasn’t been super publicized yet, but it will be for the first night of Hanukkah,” Sichel says. “It’s Dec. 6, $50 per person—four courses including dessert, which includes a latke tasting course. We’re sticking to one potato latke and switching up the toppings. One is going to be sour cream and caviar, one scrambled egg, cheddar and truffle, and another roasted lamb leg, applesauce and horseradish.” 1623 Sansom Street, Philadelphia, 215-867-0088

You can find kosher food almost everywhere in Brooklyn. And you can’t throw an ethically sourced piece of fair-trade chocolate without hitting an organic food store. But the borough’s never had a store that combined kosher and organic.

That’s about to change. Organic Circle, the first kosher all-organic store in the U.S., is set to open this month in Flatbush, the Jewish Press reports. “Instead of hopping around to various health food stores to get limited products, kosher organic food will now be available in abundance and in variety,” founder Chaim Moshe Nussenzweig tells the paper. He also owns Mountain Fruit, a kosher Brooklyn supermarket.

The Cheesiest Pop-up Store Ever? 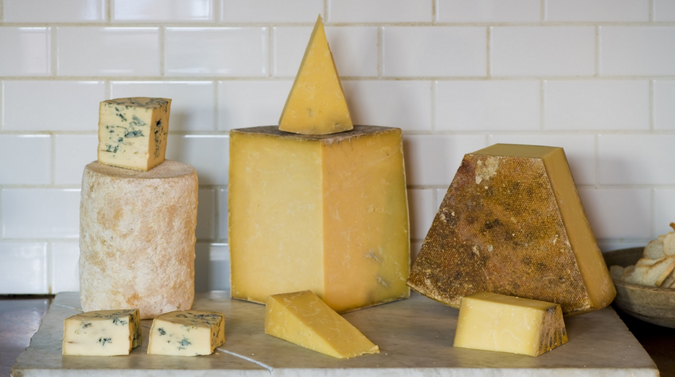 Image by Courtesy of Rubiner's

You can see the Forward’s profile of Haven’s Kitchen founder Alison Cayne here.

So You Think You Know Smoked Meat, Eh?

Here’s your chance to expand your horizons of Canadian Jewish food.

In the latest in her series of food talks at the Museum of Jewish Heritage in New York, writer Jayne Cohen will host a panel of Toronto machers including Anthony Rose of Fat Pasha and Schmaltz Appetizing; Ruthie Ladovsky, whose family has owned and operated United Bakers Dairy restaurant since 1912, National Post writer Bonnie Stern and “Born to Kvetch” author Michael Wex.

Grab tickets to Eating Jewish in Canada at the museum’ website. See you there November 15.

L.A. Bagel Gets Kudos From GQ

Image by Courtesy of Yeastie Boys

The Yeastie Boys motto (above).

Reviews are coming in for The Good Egg, a new Jewishy brunchy spot in London. And they’re raves. “All my favourite meals over the past year have been weekend brunches. Perhaps the best of all was a recent expedition to The Good Egg,” writes the (U.K.) Independent’s Amol Rajan, who’s especially fond of the Bloody Mary flavored with pastrami spices.

Dish previewed the place a few weeks before it debuted.

Tell Us Something We Don’t Know

It’s official: Modern Jewish cuisine is one of the hot dining trends for 2016, according to an annual forecast from restaurant consultants Baum + Whiteman.

“Chefs are juggling their culinary traditions with modernity … without falling into the trap of ‘fusion,’ and mainstreaming dishes that no longer seem so ethnic ,” the report says.

The Hottest Latkes in Philly and All the Weekly Dish