Jewish Food Goes Global and All the Weekly Dish 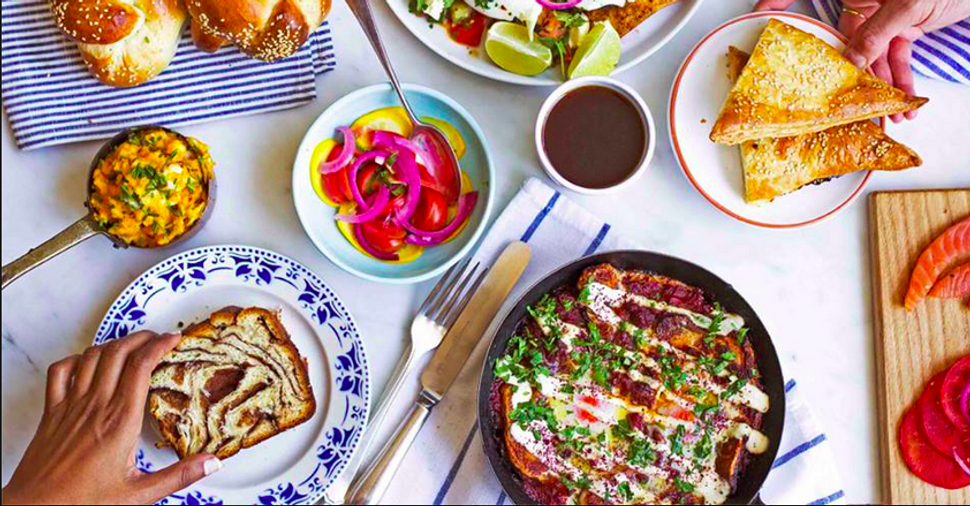 When opens in London on October 15, look for house-smoked fish, hand-rolled bagels and a menu “somewhere between a Tel Aviv mezze and a New York deli,” according to
owner Joel Braham, who’s taking inspiration from “fantastic places like the Mile End Deli and Russ and Daughters in New York, and Wise Sons in San Francisco. We loved the way they managed to modernize their food with a really Californian spin, putting the emphasis on the produce and vibrant flavors,” he tells the Telegraph. 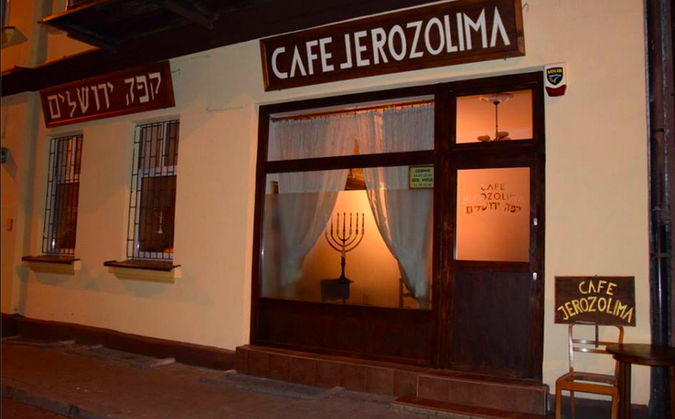 This new eatery is the first Jewish café in Bedzin, Poland, since the Holocaust — and the town’s first Jewish business to open in more than 70 years.

The eatery is the first Jewish café in Bedzin since the Holocaust — and the town’s first Jewish business to open in more than 70 years.

According to Haaretz, Cafe Jerozolima is the brainchild of Adam Szydlowski, a Jewish genealogist and former deputy city council of Bedzin, The café’s name is a nod to the town’s moniker as “the Jerusalem of Zaglebie,” a cluster of towns in southwestern Poland that was once home to 60,000 Jews. 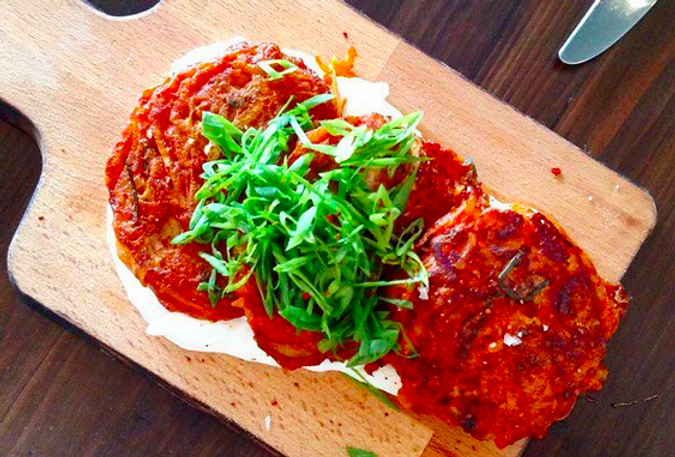 Image by Courtesy of Leona

Korean latkes on the brunch menu are “the talk of the Westside,” Eater says. Exec chef Nyesha Arrington — you might recognize her from Top Chef and Knife Fight — shreds potatoes and kimchi and serves the potent pancakes with créme fraîche and scallions. We’d love to hear from anyone who’s tried them.

Two events to keep on the radar: Savannah, Georgia’s, Shalom Y’all festival is “the largest in the world,” according to Kerry Rosen, an organizer. More than 10,000 people are expected at the October 25 fest, organized by Congregation Mickve Israel — the third oldest shul in the U.S. This is the food festival’s 27th year.

And in Bloomington, Indiana, the Moses Montefiore Temple will host its annual Jewish Food Fair on Wednesday, October 28. The 23rd edition will showcase classics from matzo-ball soup and blintzes to rugelach, sour cream coffee cakes and strudel. 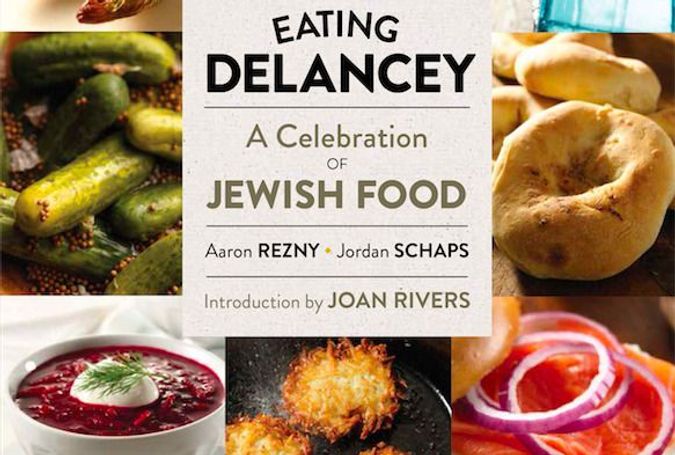 Image by Courtesy of Powerhouse Books

Ratner’s, Bernstein’s and Crown Delicatessen may be long gone, but you can still get a taste of those legendary Jewish restaurants.

Jordan Schaps, co-author of the terrific “Eating Delancey: A Celebration of Jewish Food,” will walk through the Lower East Side’s mythical Jewish food history on October 11.

The Lower East Side Food & Walking Tour is part of the Taste of Jewish Culture series from the progressive Jewish organization the Workmen’s Circle.

Yotam Ottolenghi, who will be appearing at Barnes & Noble to discuss “NOPI: The Cookbook.”

Jewish Food Goes Global and All the Weekly Dish