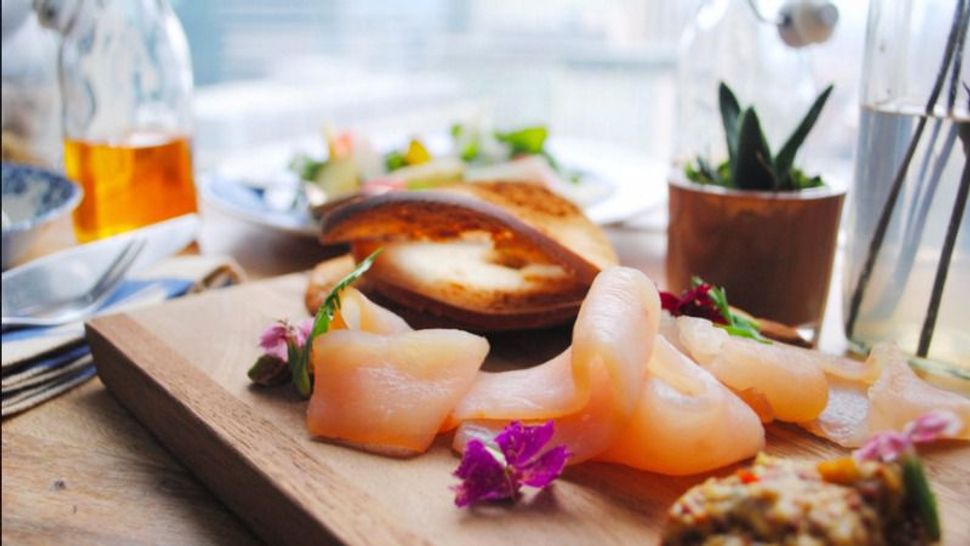 Image by Courtesy of Snaggletooth

A hip new Chicago seafood counter is taking its inspiration from Jewish delis.

describes itself as “a small counter-service, seafood-centered restaurant with a nod to the type of old-school delis our parents and grandparents used to frequent (hello, Manny’s!).” Manny’s, of course, is the Chicago classic that’s been slinging Jewish-deli staples since 1942. 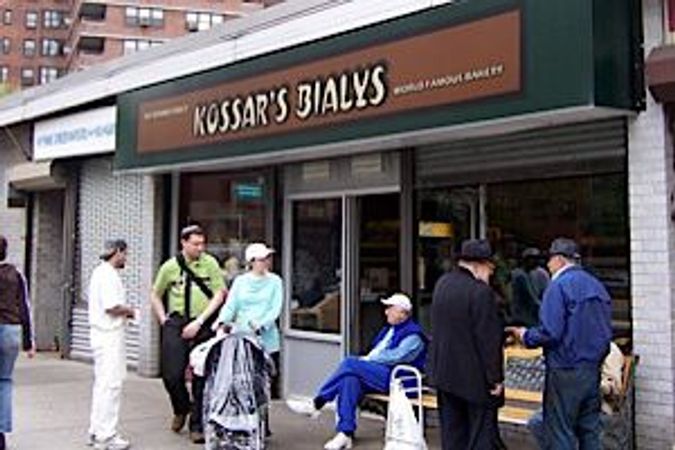 This might be the comeback story of the year: Kossar’s Bialys, which closed for renovations in October, is finally slated to reopen next month.

Evan Giniger, who bought the business in 2013, didn’t return Dish’s request for comment. But in 2015, he revealed to the Forward that Kossar’s 2.0 would have updated equipment and a full range of appetizing items. Perhaps shocking purists, he also said that Kossar’s will expand its bialy repertoire into nouveau flavors like sun-dried tomato and apple-cinnamon. Stay tuned.

The food court’s been a hit, and not just with Jews. “Because of the fact that the meat is kosher, many Turkish customers come to eat here almost every day. Even Israelis who visit the city or live here, eat here as well,” manager Wladimir Malinki tells The Yeshiva World.

In Cleveland, meanwhile, a kosher restaurant’s sprouted inside a Hillel student center.

Seth Bromberg, a Brooklyn native who moved to Cleveland 11 years ago, is behind it.

Israeli-Style Grilling in the Bay Area 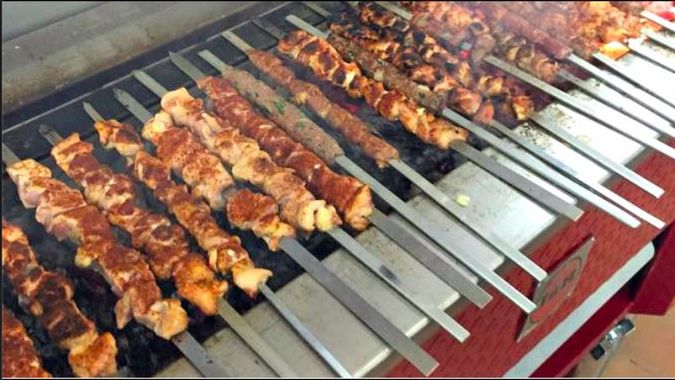 A new spot in the East Bay is bringing Israeli cuisine to an area hungry for it. Tiberias Grill in Sunnyvale, California, “specializes in meats that are cooked over an Israeli-style open charcoal grill,” reports JWeekly. “The charcoal factor makes it an authentic Israeli dining experience I haven’t seen anywhere else in the Bay Area.” Grilled chicken hearts are a specialty.

Philadelphia’s Casino Deli has shuttered after 35 years. “My customers are dying off every single week,” owner Steve Rosen told Philly.com. Rosen will still offer Jewish classics through his catering operation.

And Broadway Panhandler, the legendary Manhattan cookware retailer that opened in 1976, is closing. The New York Times reports that owner Norman Kornbleuth is retiring.