Improvising on Tradition, With a Vegan Backbeat 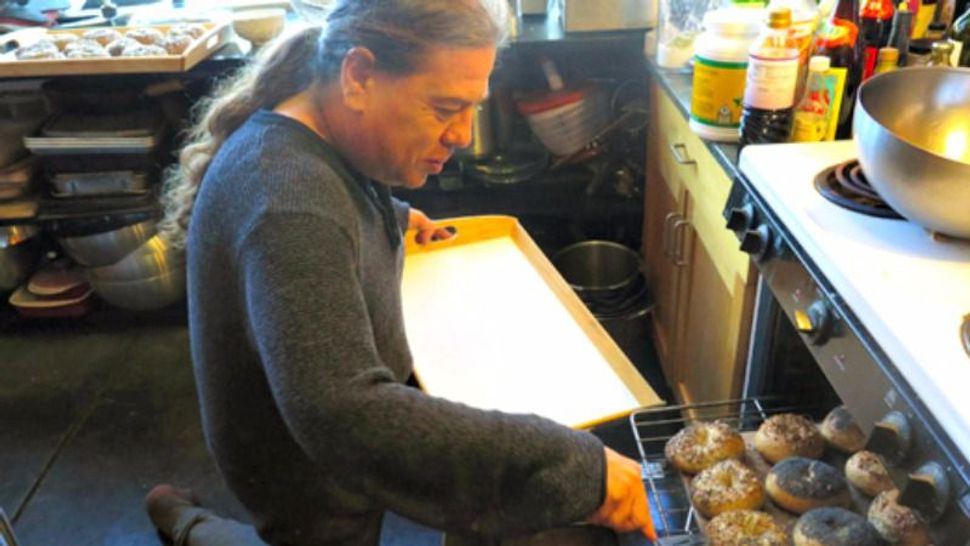 Philip Gelb learned to cook at the elbow of his Aunt Rose. The Oakland, California-based chef just came out with his first cookbook,

While Gelb doesn’t like to stress this fact, the book is vegan, as is he. But that shouldn’t matter, he said. “Every culture has food that happens to be vegan, which is why I don’t dwell on it. Most people who go out for a falafel don’t say, ‘I’m going out for vegan falafel.’ ”

Gelb, who cooks for plenty of omnivores who love all kinds of food, described his cooking style as local and seasonal. “It’s crazy not to be in California, as we have a harvest 12 months out of the year.” As a musician, he has visited many countries, and of course his curiosity about food comes with him. “I like to explore traditional foods and then improvise from there,” he said.

Gelb attended music school and began as a guitarist. By chance, an encounter with a Japanese bamboo flute called the shakuhachi led him to spend time in Japan specializing in the instrument. During that period he developed an affinity for Japanese flavors and ingredients, and while a good number of his recipes showcase those flavor profiles, many other cuisines and cultures are represented, too.

When Gelb couldn’t get decent bagels at his college town in Florida, for example, he taught himself to make his own. The Jewish recipes in the book include knishes, latkes, rugelach, bagels and bialys, all vegan versions, of course.

Gelb, who grew up in Brooklyn, loved watching cooking shows even as a kid. He began spending time in the kitchen with his aunt at a young age, learning all of the Jewish classics, and became the family latke-maker around age 8 or 9.

“I liked her and I hung out in the kitchen with her a lot,” he said. “That’s where things started, the inspiration of wanting to cook things and loving to feed people.”

When Gelb became a vegetarian at 17, he said Aunt Rose took it personally. “She saw me making stuffed cabbage the way she did, but with lentils, and said, ‘We don’t have to do that anymore,’ ” he said. “We talked about it later on, but she never fully understood.”

He said he went vegetarian in part because he wanted to live a healthier lifestyle after surviving childhood leukemia. “I never wanted to go back on chemo again,” he said. Gelb might have tried becoming vegan at the time, but “it seemed extreme and undoable and unpleasant, food-wise.”

Over time, Gelb learned more about the environmental impact of raising animals for meat. And while he has never wanted to sound self-righteous or make others feel guilty for their choices, he said the connection between the dairy and veal industries also was greatly disturbing (dairy cows must give birth once a year to keep producing milk, and their baby calves are taken away prematurely and made into veal). He has been vegan for over a decade.

His book has a recipe for collard green rolls with peach-roasted tempeh, wild rice pilaf and pumpkin purée, and in the recipe’s headnote, he talks about how the dish evolved out of his love of stuffed cabbage.

In addition to the Jewish dishes, Gelb shows mastery over a wide range of culinary styles, including recipes for dishes such as Mexican mole sauce, Chinese dumplings — “Being a New York Jew, of course I love Chinese food; it’s a stereotype that’s true” — gazpacho and romesco sauce, which both come from Spain, and larb, from Laos. Tofu and tempeh (a fermented soybean cake that originated in Indonesia) are used liberally. Gelb used to make his own until both were made locally; the two soy products are now made to his satisfaction within blocks of his West Oakland home.

“The reason for making as much as I can homemade is there’s a freshness of taste, of course, but also the more packaged ingredients we use, the more of an ecological disaster we’re creating, as all of these things have to be produced, shipped, refrigerated, recycled or thrown away,” he said. “Every time I make my own almond milk, that’s one less box that needs to be dealt with.”

Gelb frequently teaches classes on everything from bagel-making to ramen-making. He also caters and offers dinners with music called “Sound and Savor.” For more information or to order his book, click here.

Improvising on Tradition, With a Vegan Backbeat