Babka’s the New Bagel — Plus All the Weekly Dish 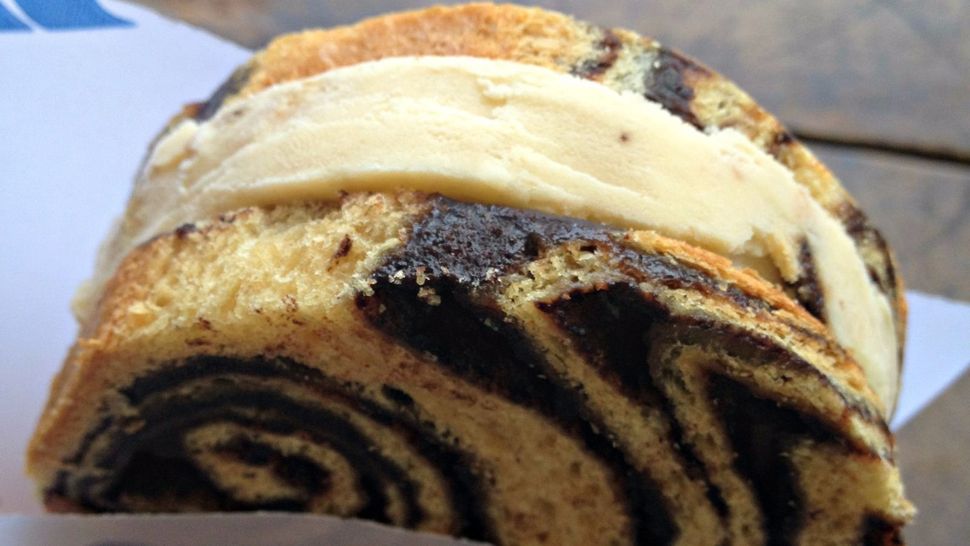 Extra, extra, read all about it: Babka’s “the new bagel!”

“Babka is just like Taylor Swift during her country music period,” the magazine enthuses. “A niche figure ready for the crossover to mainstream star.”

The babka ice-cream sandwich at NYC’s Russ & Daughters Café, custardy cubes at The General Muir in Atlanta, and apple-and-cheddar reboot at Mindy’s Hot Chocolate in Chicago all get the mag’s blessing.

Speaking of The General Muir… 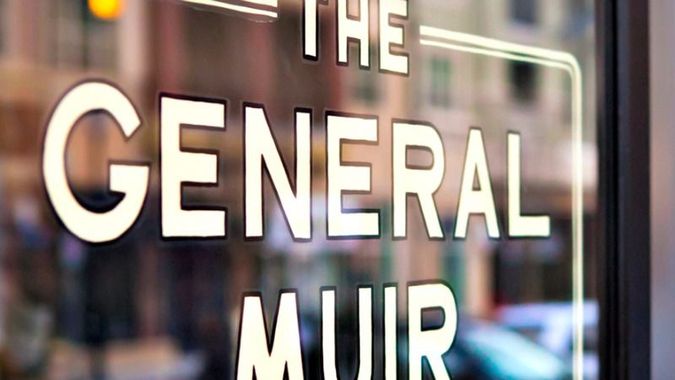 Image by Courtesy of The General Muir

Mazel tov to The General Muir, the “Southern Jewish deli” named one of the 19 “Coolest Businesses in Atlanta” by local news outlet the Mail Tribune this week.

New in DC: Little Sesame, “a fast-casual restaurant that celebrates hummus,” is tucked into the basement of the terrific DGS Delicatessen. Little Sesame is co-owned by DGS’s Nick Wiseman and inspired by Israel’s hummusiyot — “small delis that serve hummus in Israel,” says The Hoya.

Charleston, South Carolina, just got its third kosher dining establishment. Marty’s Place has opened at the College of Charleston’s Jewish Studies Center. It’s open to the public and students, serving up a menu that ranges from burgers and mac ‘n’ cheese to mezze platters and noodle bowls — all of it vegetarian or vegan.

A cool pairing of film and food will close out this year’s Atlanta Jewish Film Festival, which runs through February 17.

After a screening of Roger Sherman’s In Search of Israeli Cuisine, a 2015 documentary on Israel’s white-hot food scene featuring Zahav’s Michael Solomonov, viewers can chow down on Israeli dishes from local purveyors like Cindy Sterne’s Hal’s Kitchen and Israeli-owned Cafe Sababa.

Just two months after opening Sol Meyer NY Delicatessen, Solomon Shenker has split with his partners. But he’s not getting out of the business. In what might be a poke in the matzo balls, he’s opening Sol’s NYC Delicatessen this month on the site of a former Applebee’s just a few blocks away. Patrons can expect Shenker favorites such as house-made brisket, blintzes and knishes.

The timeless Sammy’s Roumanian is one of the best date restaurants in NYC. So says GrubStreet, which recommends the Lower East Side stalwart “when you want a date that feels like a super-fun bar mitzvah… This rowdy old-school Jewish steakhouse is not for when you’re feeling civilized, but for when you’re looking for a riotous night out.”

Second date is not guaranteed.

Babka’s the New Bagel — Plus All the Weekly Dish