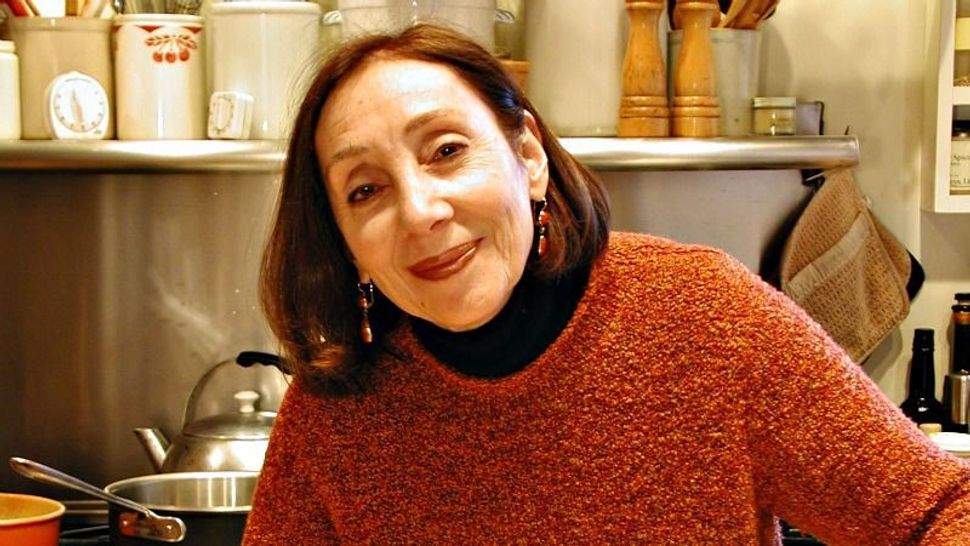 Eighty is an age when many people would be resting on their laurels and hanging up their chef’s whites — especially someone like Joyce Goldstein, the former Chez Panisse Café chef who went on to run her own Mediterranean restaurant and has written numerous cookbooks.

But when you open your first restaurant at 49, as she did with Square One in San Francisco, retirement is inconceivable.

“I don’t know what people do when they retire,” she said in a recent interview in her San Francisco living room. “You can read and take a walk, but I like a project. I don’t see the point of retirement as long as there are things that are interesting to you and engage you.”

And there’s still plenty that engages her, from writing a new Jewish cookbook to acting as a consultant for food-related ventures to planning her annual Passover dinners at Perbacco Restaurant in San Francisco. On a recent Saturday, she began her day co-teaching a two-hour seminar for a conference on healthy eating at the Culinary Institute of America in St. Helena, stopped off at home in the late afternoon to have a double espresso and change clothes, then was off to Foster City to discuss her new book at a fundraising dinner for the Ronald C. Wornick Jewish Day School. 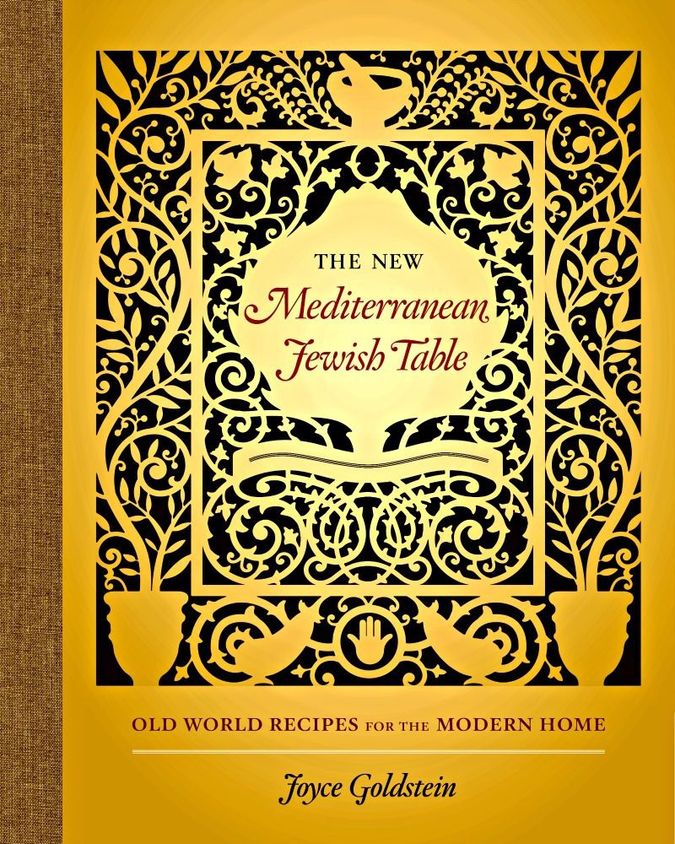 Her new book, “The New Mediterranean Jewish Table: Old World Recipes for the Modern Home,” will be out in early April from UC Press. While some material will be familiar to fans of Goldstein’s previous Jewish cookbooks, such as “Saffron Shores,” “Sephardic Flavors” and “Cusina Ebraica,” many of the 450 or so recipes in this collection are new. They encompass the Jewish food cultures of North Africa, Italy, Greece, Turkey, Spain, Portugal and the Middle East.

“This definitely has a lot of new material,” she said. “This has a ton of Arabic and Iranian recipes.”

Last year, she traveled to Iran on a research trip. Goldstein said she had no problems with the people there, even though her name made her Jewish identity apparent. At the same time, she joked, “I wouldn’t recommend handing out Zionist literature in the main square.”

The heat was more of a challenge, since she had to wear a headscarf and “it’s 100-something degrees and you’re wearing a schmatta on your head,” but that was a minor inconvenience to be able to taste the food firsthand. “When you’re in a place, you get a feeling for how people really season their food,” she said.

Goldstein said her new book is an effort to broaden people’s conceptions of Jewish food. She grew up in Brooklyn, the daughter of Russian immigrants, eating vegetables cooked until they had lost their color. They did eat out occasionally, she said, “So I knew what good food was, I just wasn’t going to get it at home.”

When she went abroad, her love affair with Mediterranean food began. While she didn’t care much for France, “I got to Italy and my whole life changed. The people were wonderful, and the art and architecture were beautiful and the food delicious. I was home.”

Travels throughout Spain, Greece and North Africa provided confirmation of that feeling. “I just knew that this was the kind of food I wanted to eat all the time, with such an emphasis on vegetables and grains,” she said. “Unfortunately, Ashkenazi food consists of meat and potatoes. And a carrot. And an apple.” She made a face. “No spices. No herbs. No legumes. No grains. Nothing.”

Since her father died at 47 of a heart attack after largely sustaining himself on such foods, she looked to the Mediterranean diet as a healthy alternative, with more fish, poultry and plant-based foods. She began extolling the diet’s flavors and health benefits long ago, and now feels like the rest of the world finally has caught up to her.

“I was cooking this food in 1984, but now things like labneh and zatar are the flavors on every menu,” she said. “Americans will use them on everything and wear them out. They don’t understand that these are classics and have been around for years.”

While people mistakenly label any non-Ashkenazi Jewish food as Sephardic, Goldstein dispels that notion in the introduction to her book. Using a strict historical interpretation, she writes, Sephardic Jews are only those whose ancestors left Spain and Portugal. She also features recipes from other Mediterranean cultures — Italian Jews, Maghrebi Jews from North Africa and Mizrahi Jews from the Muslim countries of the Middle East.

“I wanted to show the different cultures and different flavor profiles in each country,” she said.

Goldstein drew from her personal collection of more than 3,000 cookbooks and also learned by traveling and asking people how they made things. Given that she’s fluent in French and Italian and can read Spanish and some Portuguese, she was able to use many different sources.

But she changed the recipes in the book to suit her palate. “I made adjustments because the average American palate wants a bit more intense flavor than in the past,’’ Goldstein said. “People who eat Thai and Mexican food want bigger taste, so I might have added lemon zest instead of juice and increased the spice. I also simplified some techniques, as back then people had nothing to do except cook.

“My whole motto in regards to this book is that geography is destiny,” she said. “Where you were born and grew up affects your cooking and your flavors.”

Joyce Goldstein will be in conversation with Dirt Candy’s Amanda Cohen at April 12 at 7 p.m. at the 92nd Street Y. Get tickets here.

She’ll also be at the Hill Center in Washington, D.C., in conversation with Ha’aretz food columnist Vered Guttman, on April 14 at 7 p.m. Get tickets here.

This article first appeared in J.Weekly, the Jewish newspaper of Northern California.