Artisanal Matzo From Brooklyn — and All the Dish 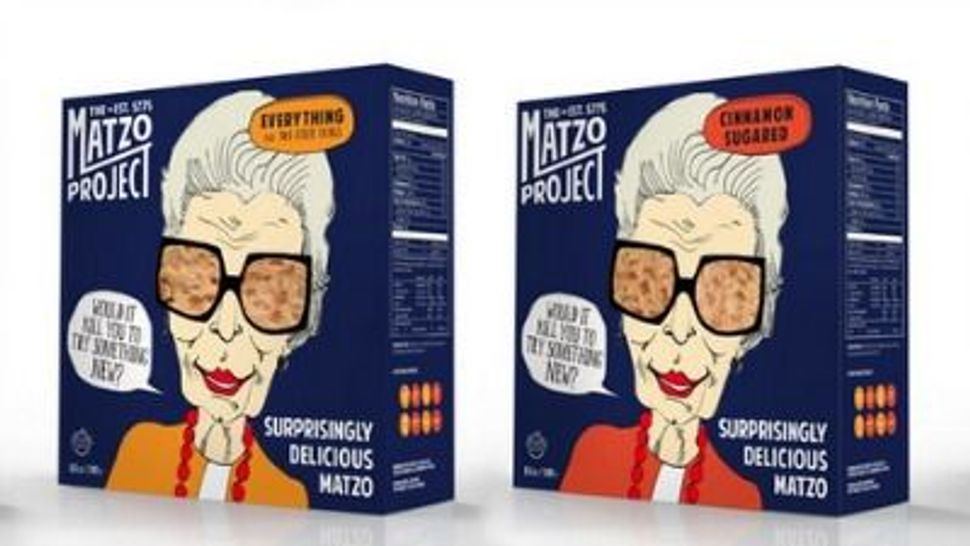 Image by Courtesy of The Matzo Project

You could say matzo’s always been artisanal; it’s a labor-intensive product that usually bears the maker’s stamp.

But Brooklyn’s is upping the ante with “small-batch” matzo in buttercrunch and salted varieties.

A handful of retailers across NYC now carry it; more roll out on April 15. The box alone makes The Matzo Project worth seeking out: It pictures a hip-looking cartoon bubbe asking, “Would it kill you to try something new?”

Ashley Albert and Kevin Rodriguez, Brooklynites who grew up together in Miami, are behind the business.

Seder With an Italian Accent

How do you say dayenu in Italian?

The Workmen’s Circle](http://www.circle.org “”) has corralled a who’s-who (or what’s what?) of nouveau-Jewish food — and a couple of classics — for its annual [Matzapalooza!, April 10 at NYC’s Museum of Jewish Heritage.

Have a Pro Do the Passover Cooking 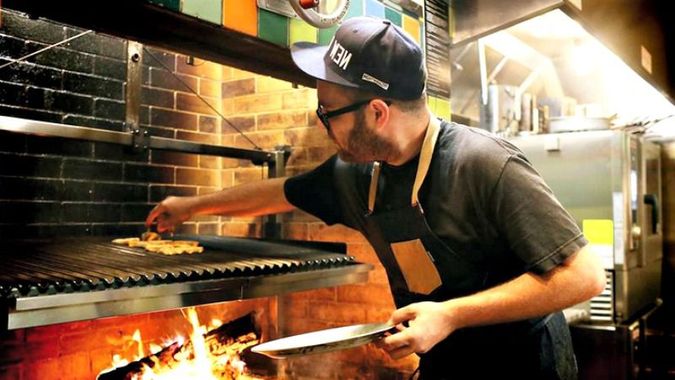 Image by Courtesy of Esh

Ilan Hall of Esh is teaming up with Einat Admony for a Seder at her Israeli bistro, Balaboosta.

Mazel tov to Max & Benny’s in Northbrook, Illinois, which is celebrating 30 years of dishing up Jewish deli classics. “People come to Max and Benny’s to feel connected,” one regular tells the Chicago Tribune. “And for the non-Jews, it’s kind of exotic.”

Delis have had a tough time in Chicago. The years have claimed Skokie’s Barnum and Bagel, Rogers Park’s Ashkenaz and Braverman’s on the West Side.

In Little Rock, the Jewish Federation of Arkansas will hold its annual Jewish Food and Cultural Festival. Be there April 10 at the city’s War Memorial Stadium.

The same day, food doyenne Joan Nathan will return to Westchester, New York, as a guest at the 4th Annual Rivertowns’ Jewish Cultural Festival. She’ll lead a Passover cooking demo showcasing recipes from her most recent book, “Quiches, Kugels, and Couscous: My Search for Jewish Cooking in France.”

It’s as treyf as it gets — and as decadent: A foie-gras ramp bagel debuts this weekend at NYC’s Wallflower. It’s just what it sounds like: Foie gras, heavy cream whipped to the consistency of cream cheese and crisp pickled ramps. It’ll set you back $13. If you try it, let us know how it tastes with a cup of coffee.

Quote of the week comes from the Bedford and Bowery, rhapsodizing over a pizza called Paul’s Boutique at NYC’s Speedy Romeo: “It includes Katz’s pastrami, Dijon, bechamel, smoked red kraut fontina, 100 island dressing and everything crust, which sounds like what would happen if Julia Child slept with a Jewish-deli sandwich.”

Artisanal Matzo From Brooklyn — and All the Dish