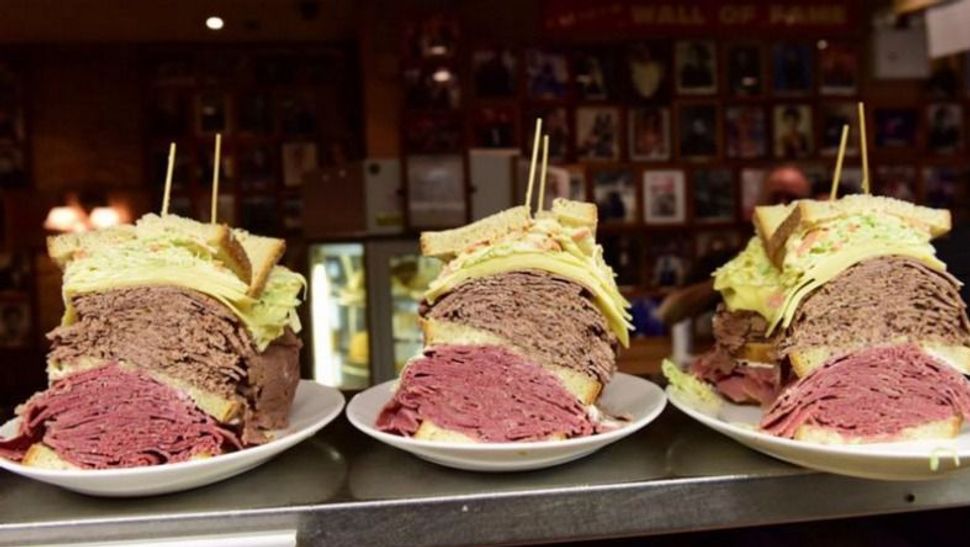 New York’s Carnegie Deli has unveiled a new sandwich inspired by Fiddler on the Roof, whose Broadway revival has been a smash.

The “If I Were a Wich Man” dresses corned beef and brisket (“from the butcher Lazar Wolf, of course,” according to the Carnegie website), with add-ons like “Tevye the Dairyman’s” Swiss cheese (“because it’s holy”), Russian dressing and cole slaw — or, as Carnegie puts it, “coles-l’chaim.”

The limited edition sandwich, a collaboration between the Fiddler cast and the Carnegie Deli team, is available through July. It’s $29.99, which is probably way more than anyone in Anatevka can afford.