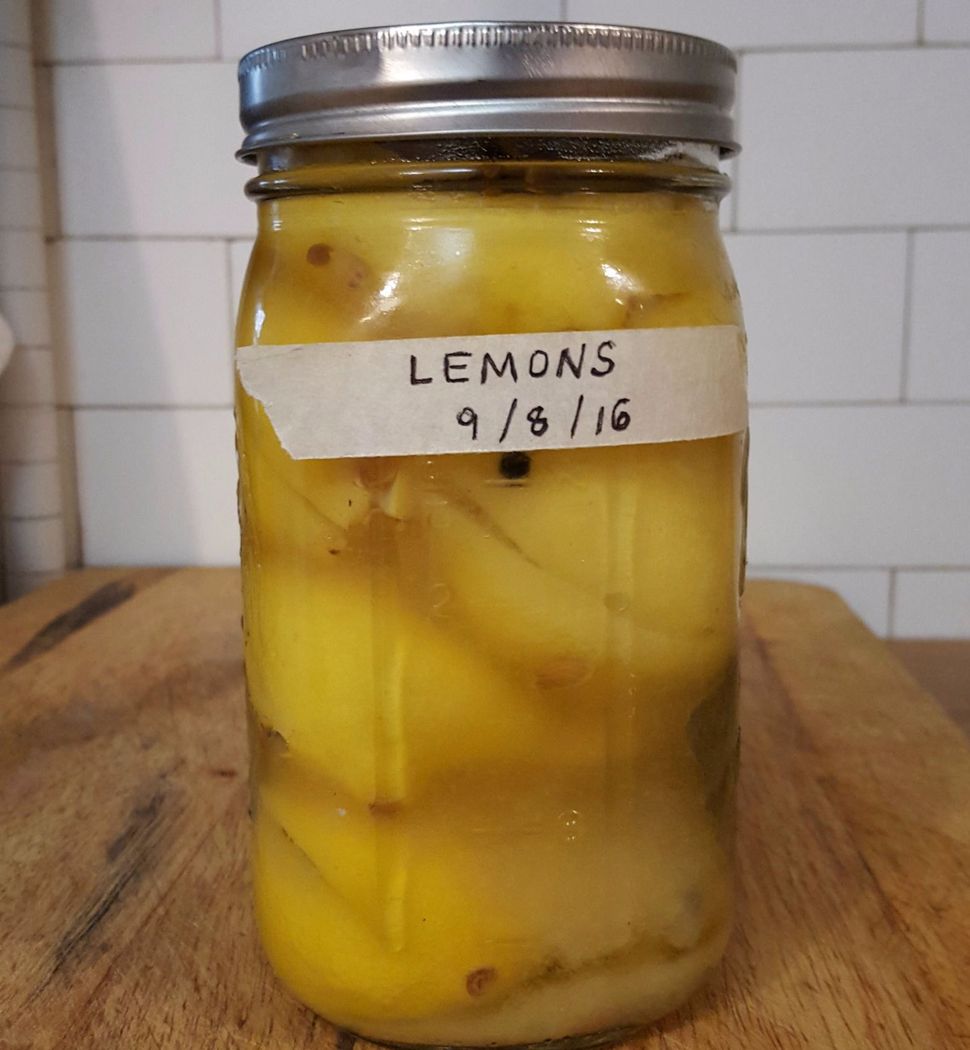 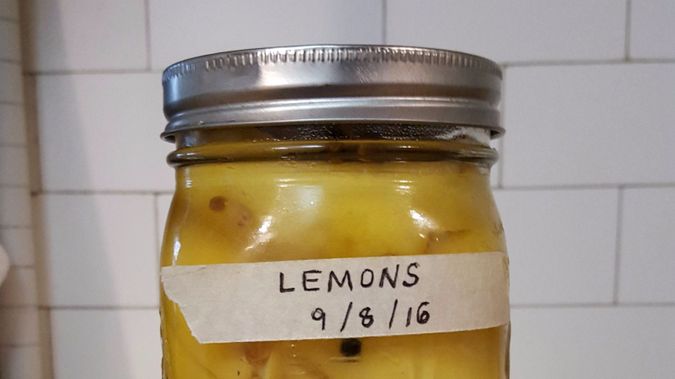 I’ve just made my second-ever batch of Moroccan-style preserved lemons, and I can’t believe it took me so long to learn how. The salty, citrusy, slightly spicy, sour taste is one of the backbones of the North African kitchen.

I remember being captivated by the idea of Mason jars filled with luminous yellow fruit when I first read Paula Wolfert’s “Couscous and Other Good Foods from Morocco” almost thirty years ago. Her description of the “silken texture,” and the little disclaimer about this recipe including herbs “in the style of Safi” — a place I had never heard of — rather than olive oil in the Jewish style, conjured a universe of spice shops, fragrances and landscapes out of T.E. Lawrence and Paul Bowles.

But in my tiny walk-up apartment, with a food budget of mere dollars a day, the project seemed both too exotic and too luxurious for real life. I’d have to buy jars; did I have to sterilize them? How? Would I even be living there long enough to eat these lemons? The whole enterprise of preserved foods seemed beyond me.

Fast forward several decades, and the project suddenly felt much more approachable. For one thing, now Moroccan flavors conjured for me the tastes of the Israeli shuk and the fantastic foods of Israel’s North African Jews, still exotic but with an overlay of familiarity. For another thing, I’d been living in one place for more than ten years, and had a cabinet-full of jars under the kitchen sink.

And finally, several years of Hazon’s pickling workshops had persuaded me that lacto-fermentation really is easy — that in fact, if I put good things in a jar with enough salt to inhibit other kinds of microbes, the lactobacilli would do most of the work for me.

I ended up following Wolfert’s recipe, more or less. My quart jar would only hold five or six lemons before I cut them. But once I had quartered them almost to the end — so that they hold together but the insides are exposed — and liberally covered the cut surfaces with kosher salt, they flattened out in the jar, and almost twice as many fit. As each pressed down the ones below it, the jar filled up with salty lemon juice and glowing yellow rind. A few bay leaves, coriander seeds and peppercorns provided a visual counterpoint and, eventually, a spicy undertone taste to the finished lemons. When I could smash in no more fruit, I squeezed the juice of yet a few more lemons and poured it in to fill up all the little spaces, closed the jar, and set it ornamentally on my kitchen counter.

For the first few days, the fermenting lemons send up bubbles. Loosen the lid once or twice a day to “burp” your jar, then tighten and give a little shake to distribute salt and spices. When the bubbles no longer bubble up so much, if counter space is tight, you can put the jar into a pantry to cure another few weeks. After a month or so the lemons are soft and musky, and slivered bits will be ready to give any dish of chicken or fish a mysteriously Middle Eastern affect. After that, to slow the fermentation down, I moved my jar to the fridge, pulling quarters of lemons out one by one for nearly a year before there was nothing but dark, lemony brine left in the jar.

I used some of the leftover brine in vinaigrettes, and I’m told I should have put some into Bloody Marys. Next time. But this week I poured the saved remainder as a starter into a new jar of lemons. Now glowing saltily on the counter, they’ll be ready just in time to garnish my dinners on Sukkot.

Elisheva Urbas is Hazon’s Editorial Director. She’s been an editor, writer and writing teacher for many years, both as a freelance working directly with authors, and with publishing houses including Jewish Lights, Farrar, Straus, Giroux and Harper & Row; and also works with non-profit organizations to plan their publications. Elisheva is a long-time trustee and past president of the Solomon Schechter School of Manhattan, of which her three daughters are alumnae.