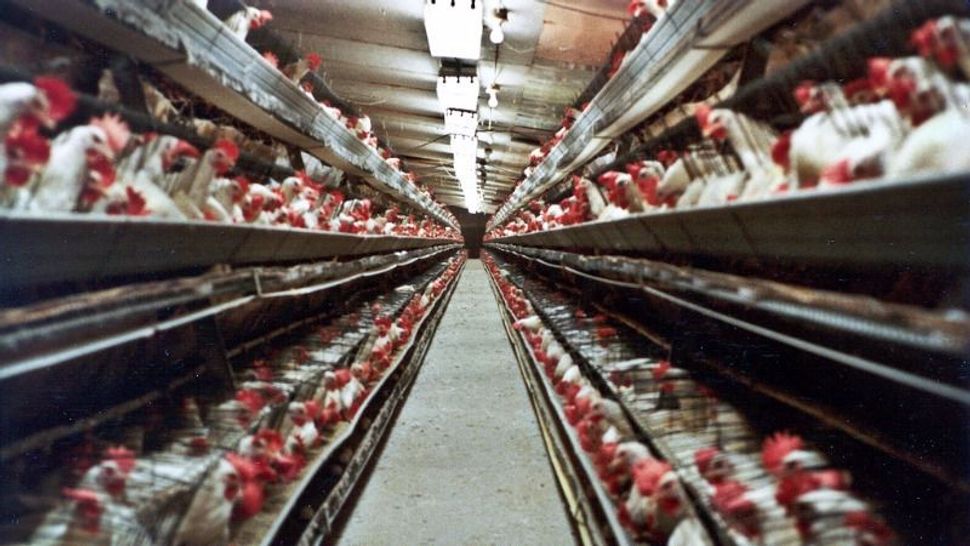 A kosher-chicken processing plant with the bucolic-sounding name of Birdsboro Kosher Farms is facing Federal charges after a horrific workplace accident.

The plant was slammed with a $317,000 fine from the Department of Labor’s Occupational Safety and Health Administration (OSHA) after a worker lost part of a thumb in a nightmarish mixing-machine mishap.

The fine eclipses the $236,000 fine that OSHA imposed last month on Tyson Foods, the nation’s largest meat and poultry processor, where a similar accident led to the discovery of 15 “chemical, fall and fire hazards” at a Texas plant. Birdsboro, which markets chickens under its own brand, employs about 240 people. In comparison, Tyson Foods employs 113,000 people globally.

“Penalties of the magnitude of $317,000 are not taken lightly,” Joanna Hawkins, an OSHA spokesperson, told the Forward by e-mail. “OSHA considers the violations in [Birdsboro’s] situation to be very severe in nature. Exposures to the hazards such as those found in these inspections can cause injuries with permanent consequences to employees, such as death, amputations or hearing loss. OSHA only issues penalties of this magnitude after thorough review and approval process.”

An operator at Birdsboro Kosher Farms told the Forward that the company’s human resources director was the only official who could comment, but that the executive was out of the office. The operator then hung up. E-mails to the company were not returned.

Birdsboro is also a repeat offender. According to a report in Food Quality News, Birdsboro has been cited for workplace safety violations every year since 2012, when it opened for business as the successor to another problem-plagued processing plant — with the same owners.

That operation, known as MVP Mehadrin Kosher Poultry, earned $140,000 in fines from OSHA before it shut down in July 2012.

Birdsboro did follow the law in one respect: It reported the amputation on its own in April, which sparked the investigation. Since OSHA doesn’t maintain enforcement data specific to kosher businesses, Hawkins couldn’t say whether kosher companies run afoul of the law more than mainstream producers.

But Timothy Lytton, author of “Kosher: Private Regulation in the Age of Industrial Food” (Harvard University Press 2013), told the Forward that the violations have nothing to do with kosher dietary laws and everything to do with industrial food production.

“Large-scale beef and poultry production are industries that have long histories of labor violations, health and safety violations and environmental violations, and kosher’s not an exception,” said Lytton, Distinguished University Professor & Professor of Law at Georgia State University’s Center for Law, Health & Society. “They tend to be large consolidated operations. Margins are small enough that there’s a lot of pressure to lower production costs. So it’s no surprise that you’d find the same issues at a large-scale poultry producer. Kosher certification does not add a level of scrutiny or concern for these other issues.”

Lytton said there has been a movement among kosher consumers to urge certifiers to incorporate ethical standards into their certifying requirements, but “mainstream kosher certifiers not interested in adding to traditional [kosher] standards,” he said. “Kosher certifiers are delivering a reliable certification for a characteristic of a product consumers can’t judge for themselves. To expand that to include ethics probably would interfere with their ability to do that.”

Rabbis could, however, mention obvious violations as they tour plants on routine visits, said Roger Horowitz, author of “Kosher USA: How Coke Became Kosher and Other Tales of Modern Food.”

“If a rabbi’s in the space, and they see a hole in the floor [one of the OSHA-cited violations] that’s a tripping hazard, it’s feasible for them to say something,” said Horowitz, whose 2005 book “Putting Meat on the American Table” explored industrial meat production in depth. “The bigger story, and what’s really appalling and astonishing, is that there’s no certification for fair treatment of workers in this industry,” he said. “We have a range of certifications for animals, whether it’s free-range or grass-fed or cage-free. But there’s nothing for humane treatment of people.”

Birdsboro’s problems “are endemic to the industry, especially with plants that aren’t part of the mainstream. They’re more worried about money, and these issues are expensive to fix,” Horowitz said. “I don’t see anything specific around kosher in this case. But I do see a plant with a fair amount of labor turnover and management issues. OSHA clearly has its eye on them, and that’s something Birdsboro does not want.”

OSHA will probably not shutter the plant. Its enforcement arsenal includes only follow-up inspections and more fines.

“All employers are required to correct cited violations,” Hawkins said. “If an employer does not take steps to correct violations cited following an inspection, and report the actions taken to correct the violations, OSHA can and will take action.”