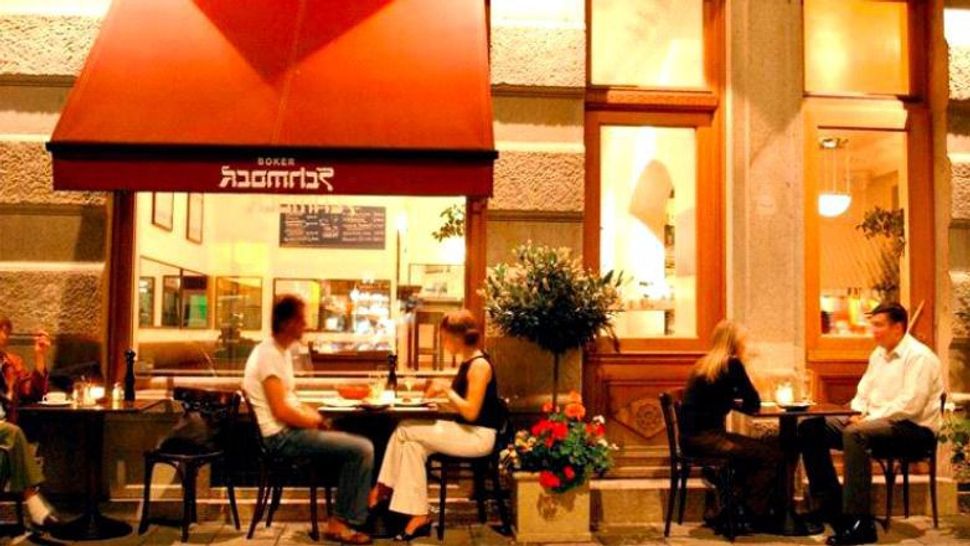 Schmock Israeli restaurant in Munich is closing due to anti-Semitic and anti-Israeli abuse. Image by Facebook

Did Boycott, Divestment, Sanctions (BDS) put a Jewish eatery out of business in Germany?

The Jewish owner of Munich’s Schmock Israeli restaurant announced he’s closing after 16 years because of rising anti-Semitism — and strong anti-Israel sentiment — in the Bavarian capital.

Florian Gleibs even placed a large sign in Schmock’s window reading: “We are not involved with politics.” But the hostility toward him and his restaurant continued, according to The Jerusalem Post.

“The BDS campaign disguises the socially unacceptable,” Charlotte Knobloch, the head of Munich’s Jewish community and a Holocaust survivor, told The Post. “It has modernized the Nazi slogan ‘Don’t buy from Jews!’ by demanding, ‘Don’t buy from the Jewish state.’”

Gleibs owns two other Munich restaurants, including the Jewish-themed Meschugge. He plans to reopen Schmock as a Laotian eatery.