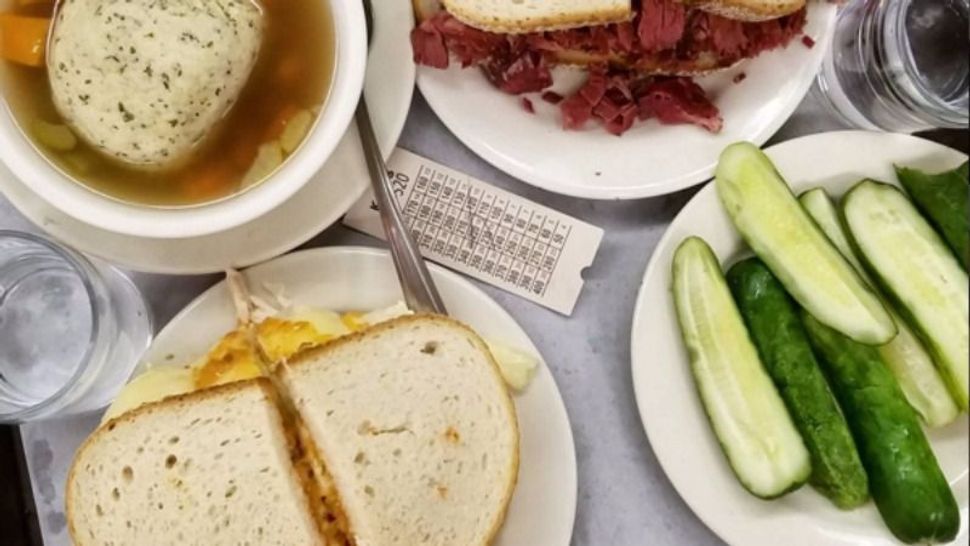 There’s no traditional Thanksgiving dinner at Katz’s Deli, but according to owner Jake Dell, you won’t need one, since Katz’s turkey sandwich is “Thanksgiving in sandwich form.”

The gargantuan sandwich “is an all-white-meat, hot-turkey number,” he said. “It’s what I eat most days because you can’t eat pastrami every day. You can get gravy with it, and you can also do mustard. I frown on mayo, as you know, but I allow it on turkey—also lettuce and tomato. Turkey allows for a few more compromises than pastrami,” he told Bloomberg.

In fact, Katz’s does throw an annual all-you-can-eat-and-drink Thanksgiving feast, from 5:30–8:30 p.m. on November 24. On the menu are a mashup of traditional favorites, Jewish specialties and everything in-between. In addition to the turkey sandwich, there will be pastrami, mashed potatoes, tzimmes, latkes, apple and pumpkin pies, with beer and soda to drink.