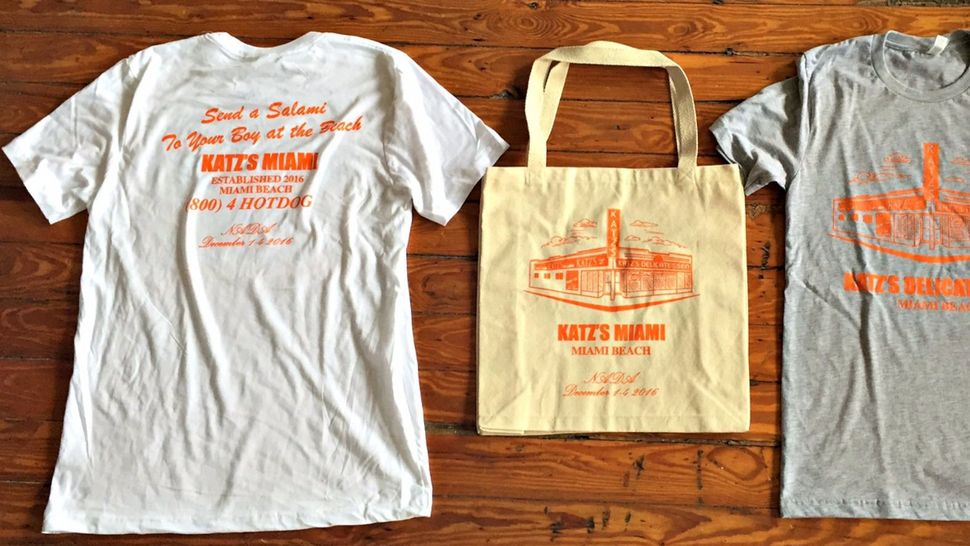 Sure to become a collector’s item: ‘Send a Salami to Your Boy at the Beach’ tee and other merch from Miami Beach’s fake Katz’s. Image by Laila Gohan

Katz’s is opening in Miami Beach this week. Sort of.

The new “deli” inside the Deauville Beach Resort is actually a sly art installation that riffs on South Florida’s faded Jewish identity — and the gentrification that strangled it.

In a wood-paneled room whose “wall of fame” includes gallerists and scenesters — picture headshots on a deli wall — customers can order limited-edition pastrami sandwiches and take home a “menu” that’s really an obituary for bygone delis like Pumpernik’s and Corky’s. “Katz’s Miami” will even sell t-shirts with “Send a Salami to Your Boy at the Beach,” a play on Katz’s legendary slogan.

The Forward caught up with Gohar as she prepared to foist Ashkenazi food on unsuspecting art patrons. 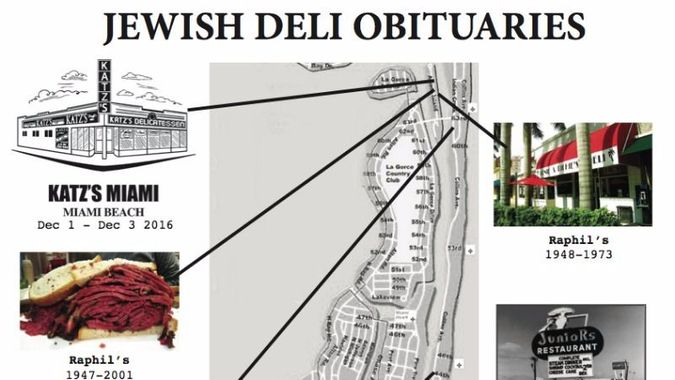 Part of the project’s ‘obituary’ for bygone Miami delis like Pumpernik’s and Corky’s. Image by Laila Gohar

You’re an Egyptian-born artist who’s worked with a lot of fashion labels. What was the genesis of this project?

I lived in Miami Beach years ago. I saw the Jewish delis in Miami Beach and South Beach close down. I thought it would be great to do a tongue-in-cheek version of Miami Beach’s past at the NADA fair. It’s about gentrification and what happened to the Jewish community that used to live in the area. The people who come to Miami Beach for these art fairs are part of the reason for that.

Which of the bygone delis came to mind as you were creating the project? 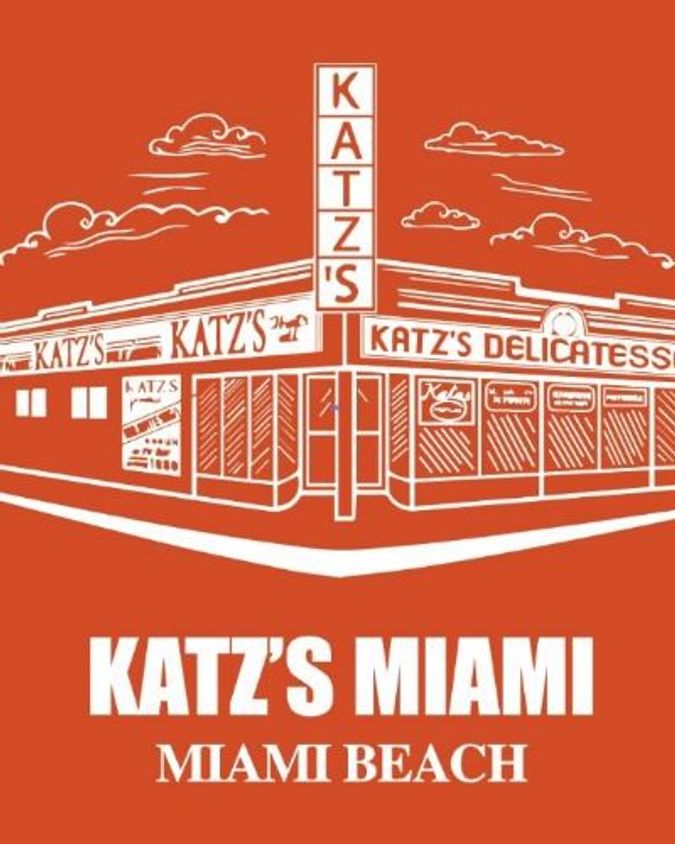 Don’t try to find this deli; it doesn’t exist — except in the mind of artist Laila Gohar. Image by Courtesy of Laila Gohar

Well, the most famous were Wolfie’s and Rascal House. Another one that closed more recently, Jerry’s Deli, was a younger deli that opened because the rest closed. A big part of this project is about Jewish businesses that are no longer there, and about American small business that’s no longer there.

You’re serving “limited-edition” pastrami sandwiches. Where are you getting the pastrami?

I’m ordering pounds of pastrami from the real Katz’s. They’re not participating; they don’t know what we’re doing with it. The project’s a reappropriation of Katz’s, a commentary on what’s real and what’s not. The whole thing is supposed to be humorous. We’re poking fun at the art world.

You’re only serving about 30 sandwiches a day. Should people hang onto the sandwiches as art objects?

No. I hope they’ll eat them. Otherwise, they’ll rot.