A ‘Tahini’ Set for Hanukkah 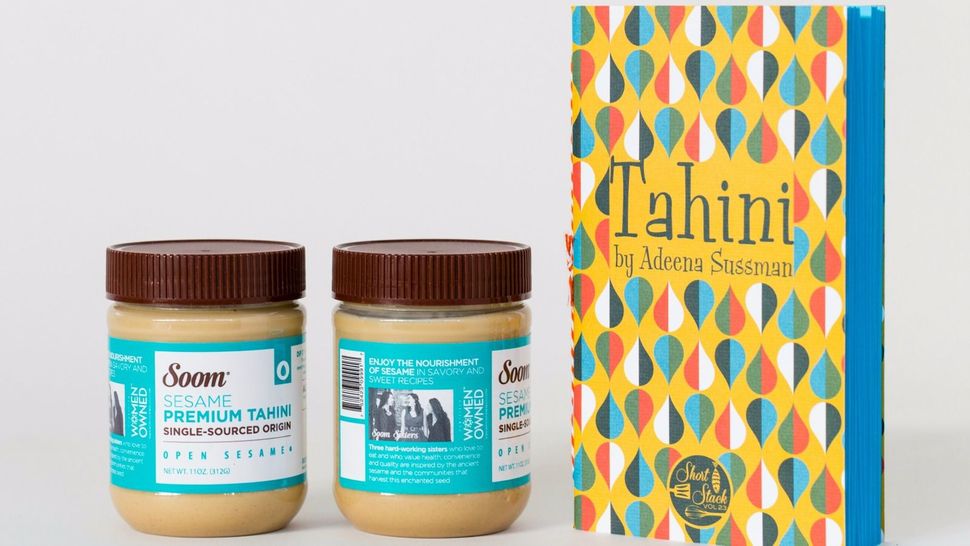 The Soom Tahini Gift Box includes top-quality tahini and a terrific little cookbook packed with ways to use it. Image by Mariana Fernandez

While you might associate tahini with a falafel stand (where they probably pronounce it t’china), a health food store or the iconic orange and brown Joyva can, the Israeli staple truly hit the American mainstream in 2016. Epicurious dubbed it “the new kale,” The New York Times ran a feature on the sesame-paste spread and its sweetened cousin, halva, and Executive Editor of Food & Wine Tina Ujlaki listed it as one of five ingredients to add to your pantry. (Her other Middle Eastern favorites were harissa and labne.)

Soom (kosher) tahini is the brand preferred by chefs including Michael Solomonov (Zahav, Dizengoff), Alon Shaya (Shaya), Brooks Headley (Superiority Burger) and Danny Bowien (Mission Chinese). The company was started by three sisters in Philadelphia, and their tahini is made from single-sourced Ethiopian White Humera sesame seeds. Soom comes in regular, chocolate and organic varieties, and can be purchased as a gift set with Adeena Sussman’s terrific “Tahini” (Short Stack Editions), a single-subject cookbook that’s smaller and skinnier than an iPad mini and contains over twenty recipes to turn your tahini into granola, glazed carrots, chicken Milanese, sandwich cookies and much more.

A ‘Tahini’ Set for Hanukkah